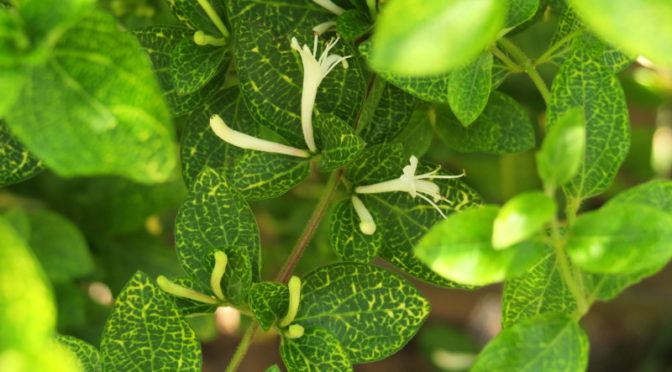 It has been a busy week here in at home in Bungendore.  Monday started off with a new gas cooker being delivered.  And so our landlord turned up before 9am because it was only being delivered.  Fitting gas cookers in Australia is much easier than in the UK.  There is none of this must have a qualified gas engineer business because the hose is on a valve similar to that of a car tyre and you basically push the ends together, then twist and lock.  Done.

At least that is the theory and worked just fine at that end of the hose.  What neither myself nor out landlord had noticed was that a rubber (well a something type) seal had stayed attached to the old cooker and was now being driven away…  Our landlord also hadn’t taken into account that where the bracket attachment was in the floor had been fine for the old cooker, but not for the new one.  So as well as having a gas leak, there was also this issue of not being able to push the gas cooker all the way back.  It went about ¾s of the way back and then stopped and could not go back any further, but it simply wasn’t enough.  And so he had to disconnect the new cooker and call the builder in.

Luckily the builder was nearby and able to come and look at the problem that afternoon.  He wasn’t able to resolve the issue immediately and given the gas leak had to be dealt with before we would use the cooker, there was no point in starting to deal with the gas fitting being in the wrong place, that late in the day.  Tomorrow would be fine.

It carried on with me washing and bathing our 2 new rescue hens because they were filthy and I don’t mean with dirt.  They were covered in their own crap and needed it getting off them.  Cleaning them up revealed some of their injuries that need to heal and helped me assess their condition.  More about that is in one of the previous posts here.

Thankfully Tuesday went reasonably smoothly but not as smoothly as it could have done.  The gas fitting would not unscrew from the floorboards, so in the end he cut the floorboard out and the whole thing was dropped down below the house with the hose still connected to it, then moved to where it was out of the way and away from the electricity point as well.  Then floorboards were put back, holes filled in and so on.  Before long the cooker was installed and operational.

The builder also had a few other jobs around the place to do which the landlord had OK’ed including filling in and repairing several holes that the wombat has made and killing its access to a den it had made underneath the laundry room.  A wall had been demolished by the wombat so that needed repairing and sealing backup with an inspection hatch putting in.  Some water related plumber jobs needed doing and given I had been waiting for the plumber to get on with it, the builder (Harry) who could do it, got on with them as well.  So we now can top up the bore water tank without all the pipes coming apart every 15 minutes from the pressure.  The pump no longer squeaks and protests… he has oiled the shaft for us.  There are various taps around the place outside that have been replaced.  Some were wonky where the tap screw (you know the bit with the actual tap handle on that winds up and down) had been bent and others needed new washers… He has also reconnected the Studio with its water supply and put a complete new tap and splash guard in there, and established that the very reason I had a major leak there was because the old pipe had not been insulated and had actually frozen and split!

Harry also had a couple of jobs to do which we were paying him for.  We had permission to convert the patio doors that are the bay window in our bedroom into a ‘window’ that opens and closes.  It wasn’t as smooth an operation as hoped for, and some make dos have had to be made dones but we now have an opening ‘window’ on a flyscreen in our bedroom and so far we haven’t actually closed it!

He also made a custom fit flyscreen for the downstairs external door that comes up into the sitting room.  This allows up to prop open the door down the stairs and prop open the door at the top of the stairs, clear out the spiders and the likes and put the flyscreen in and we have a nice through draft going from that downstairs external door, up the stairs, into the sitting room, through into the bedroom and out via the other new ‘window’ on a flyscreen.  It has made such a difference to the place, and we now have air in the bedroom.  Fantastic.

Wednesday saw Stuart with the day off work, so we had a late lunch at our favourite vegan restaurant in Canberra and then went over to see a friend who has recently had surgery to her shoulder injury.  She was looking a lot better and moving around much more freely that we have seen her do previously.  We were also able to have a look at the rescue hens she had picked up with us on the previous Sunday.  She had had one of the 5 die on her already and 2 of the other 4 looked like they desperately needed bathing as well.  They too were filthy in their own crap (I am assuming it is their own, but it may well not have been and the same applies to our two as well) so the most likely cause of the other one dying was not something contagious but something called Fly Strike where maggots hatch in the crap on the feathers of the chook and then eat their way into the bird… I’ll leave the rest to your imagination.

Thursday saw the builder return to finish off the work that needed to be done.  The inspection hatch needed to be sorted on the walling up of the laundry room foundations and then there was a rather large hole to fill in that the wombat has created.  Plus we had permission to fell a couple of trees which the possum had been using for access onto the roof.  Harry brought along his chainsaw and helped us out cutting them down and then cutting them up into sensible sized lumps of wood.  Some will be stored to be burnt next season and so, already dead, can be burnt immediately should we decide we want a fire that is.  A couple of mornings this week, it has been cold enough to actually need one!  At one point it dropped down to 3°C in Canberra and we are always at least 1 or 2 degrees below that!  During the day, one of the new chooks managed to fall into the pond which caused some amusement.  The path was covered in wood shavings from the trees being felled.  The pond weed was also covered in the same wood shavings and totally… you can see where this is going and that is exactly where it did go!  Suddenly the nice wood shaving path she was walking on dunked her into the pond!

We also had a swarm of bees decide that the best place to nest was the roof space above out bedroom.  I had other ideas and luckily because of the chooks, we had some powder spray called Coopex which is basically an insecticide safe for the chooks.  In a very fine spray and with a ‘puffer’ I was able to spray some into the air up wind of the swarm and give them just enough to say ‘not here’ and not enough to kill them.  I didn’t want to kill any of them (and didn’t) I just didn’t want them nesting in the roof or by the window.  The last thing I needed was that!  Luckily they were deterred.

So, this week has seen plenty of growth and surprises in the garden as well.  The potatoes seem to have grown every time we look at them and I am sure they are over 6 foot tall by now!  The honeysuckle has come into flower and this weekend is absolutely covered in flowers.  3 of the ‘bushes’ are wild honeysuckle or at least what I know as wild honeysuckle in the UK and there is a 4th which isn’t.  It is definitely an ornamental one and yesterday, Stuart and I constructed a climbing frame for it to grow up.  I then spent about an hour trying hard to tease it up it and hold it there without snapping any of the growth off which is rather brittle and rather prone to doing.  The chooks thoroughly inspected the attempt afterwards!

We also have a number of bottle brush bushes (best said sober that one!) which are just starting to come into flower.

But the biggest surprise has to be the grape vines!  We have at least 2 of them growing and I’ll keep you updated on their progress.  I have no idea if they will even produce grapes but we can only hope.