Cover – The cover picture, for once, does not contain an image of Stuart and I.  We had nothing suitable, but we do have a juvenile delinquent on our hands who systematically tears apart the tree he is sitting in, littering the ground below with broken branch ends.  He is also known to play peekaboo with me in the morning, hanging off the roof of the sunroom and peering into the room whilst upside down.

January – This image was taken in October 2015 on our last visit to Liarn Farm Cottages, Kinloch Rannoch, Perthshire.  During the 2 week we were there, we were to take the decision to consider coming to Australia.  We were also really fortunate with both the weather and the Autumn colours.  This was one of those wonderful days where we started the day with dense fog and total calm which was gradually burnt off during midday.  If you went out along the loch, you would cycle (we were on our bikes/trike) out of the dense fog and into the glorious sunshine.

February – February’s image was taken in our ‘back garden’ literally back in July of this year (2016).  That was our winter and we had been in the house about a fortnight when I was fortunate enough to capture this shot.

March – Titled “Way Out East”, it is our track and heads out east.  To the right you have one of the stable blocks here, behind us is everything else.  It was taken at the end of July on another glorious winter’s morning  (Yeh, I know, it’s hard getting your head around that one, we are struggling with it as well) and I just love the long shadows and contrast in the shot.

April – April for us will be Autumn and we felt it suitable to have an Autumnal shot in.  Loch Rannoch provided a suitable shot last October with the light reflecting through a silver birch tree against the most amazingly calm loch surface.

May – May’s picture was taken in May 2016, less than a week before we left the UK.  It was another beautiful Spring morning on my daily walk along the Whitegate Way, (Cheshire) with Dusty, the Irish Wolfhound our landlady owned, but who I walked, or more accurately was escorted by…

June – In contrast, taken in September 2016, this is the pump house (for our bore water) in evening Spring sunlight in our ‘garden’.  I just love the light in this shot and Spring was literally just around the corner.

July – July is the middle of winter here for us, and somehow, Rannoch station in snow, just seemed apt.  It was taken on another of our cycling holidays to Loch Rannoch, back in March 2013.  March and Scotland usually mean cold weather and this holiday was no exception.  Cycling along car tyre tracks and leaving pedal imprints in the snow, we were the only people at the station.  This is looking north heading for Fort William were you to catch one of the 5 or 6 trains a day that pass through the station.

August – We were struck by the amazingly white tree trunks of these native Eucalyptus Gum Trees when we first arrived in Canberra, but not knowing what the trees were, Stuart renamed them “Ghost Trees” and the name stuck.  Here, again in our ‘back garden’ and surrounded by native woodland, this picture was taken back in Mid-winter and somehow seems appropriate.  August after, all is still a very cold month here.

September – Another from a series taken in very cold mornings, and again in ‘our back garden’.  this time a different Gum tree, but it is still a striking tree.  We have a number of these majestic trees dotted around the place.

October – A week of fog and glorious Autumnal weather on Loch Rannoch and more of those fantastic reflections on our last visit to Liarn Farm Cottages.

November – The road ahead and in the reflection, the road just travelled, Loch Rannoch, last October.  Somehow it just seemed to claim the November spot by itself.

December – Many moons ago, we were camping over Christmas and New Year on a campsite in Glencoe, Scotland.  Our Christmas Day walk was heralded by the most amazing hoar frost and there was one photograph in particular that we loved; a picture of two trees backlight and covered in hoar frost.  The background was split with rays of sunshine and shadows, that followed the fence line back up the mountainside… It was Christmas Day 2005 and the walk was on the Clashgour Estate, Argyll and Bute, Scotland.  Stuart fancied this updated Australian version taken in our Winter as the Christmas photo.  We are still struggling to get our heads around Christmas, the longest day of the year, and Summer all being at once.  A hot Christmas is just weird (so far!). 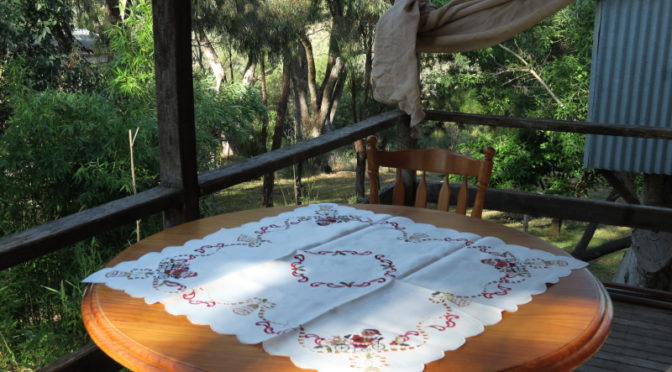 Here’s a Merry Christmas to you all from a rather hot & humid NSW, Australia.  We are waiting for the next thunderstorm.  It is brewing.  In the meantime here are a few photos of our day for you. 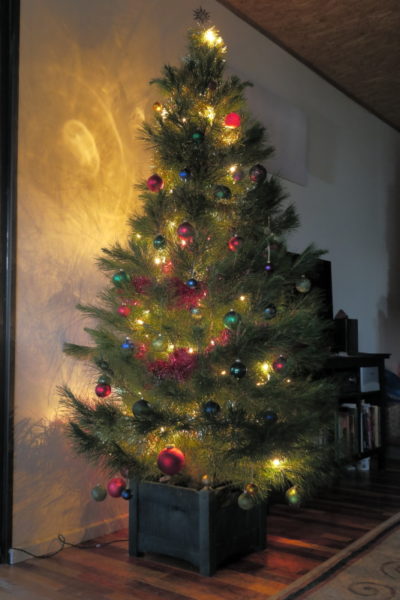 Merry Christmas from us to you 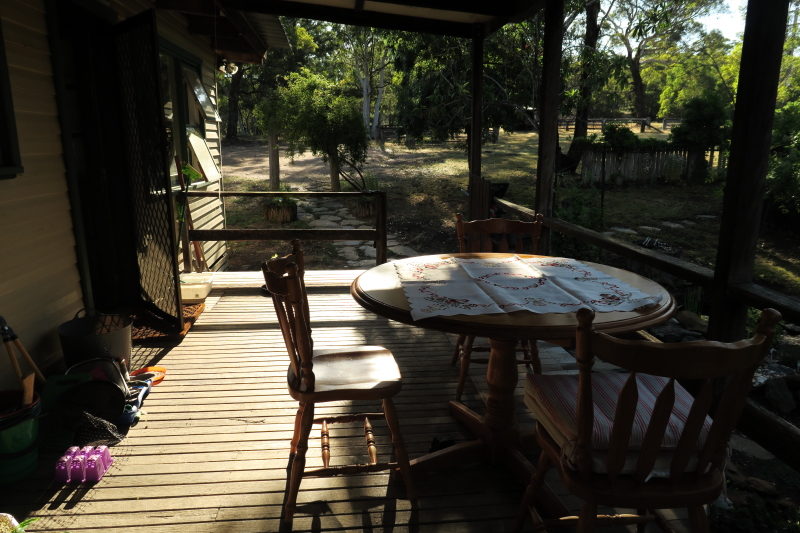 Getting ready for breakfast on the veranda 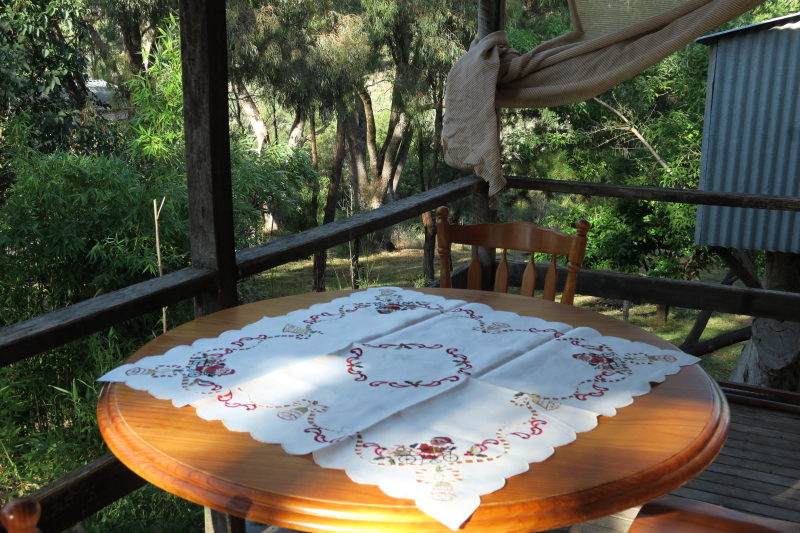 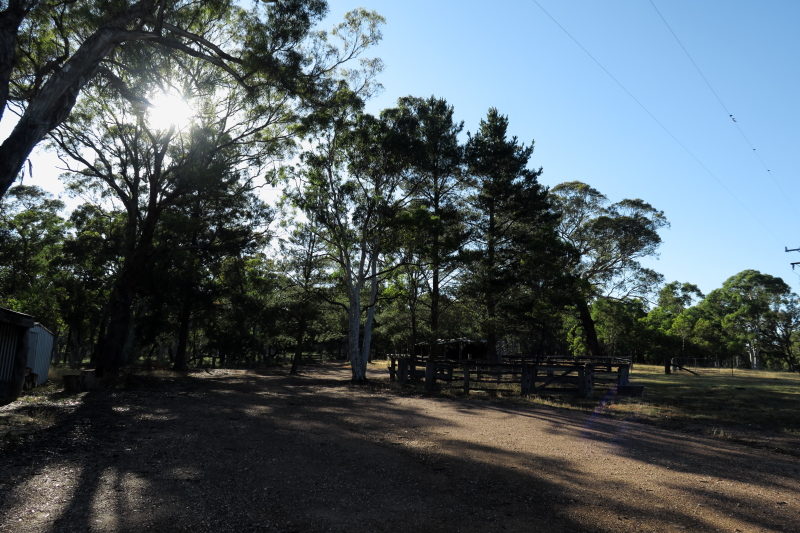 No snow for us this year 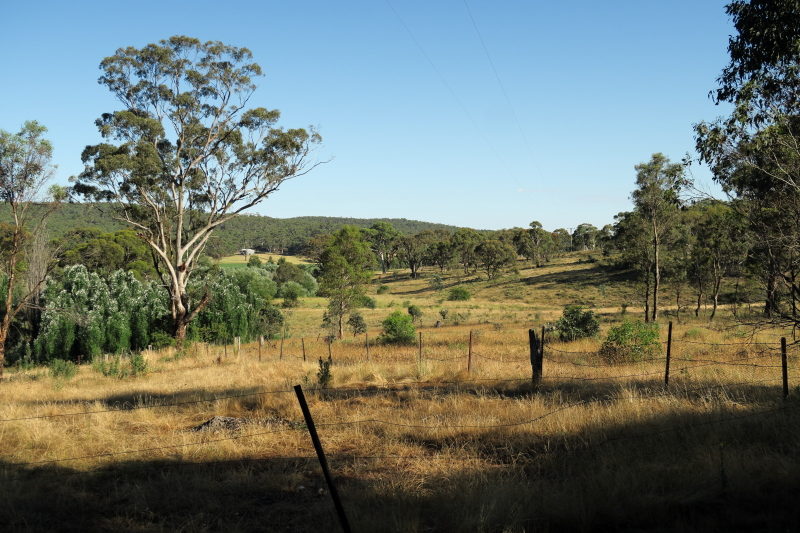 Not a chance of snow from that direction either 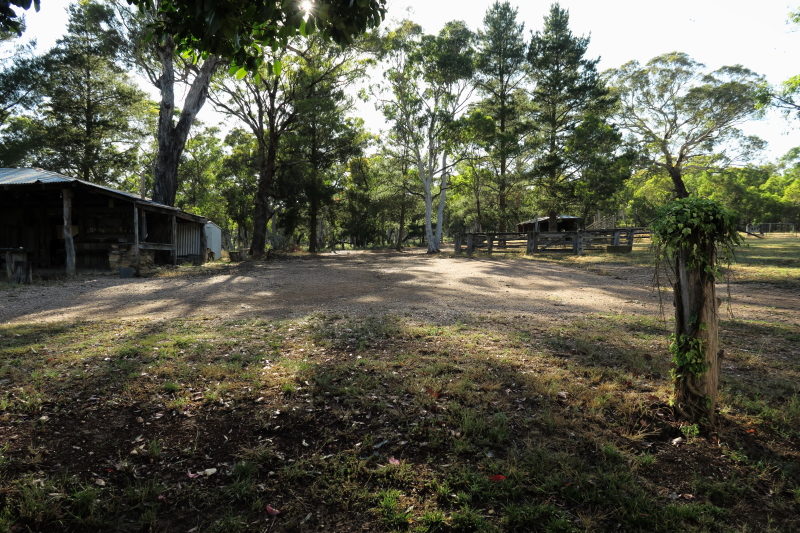 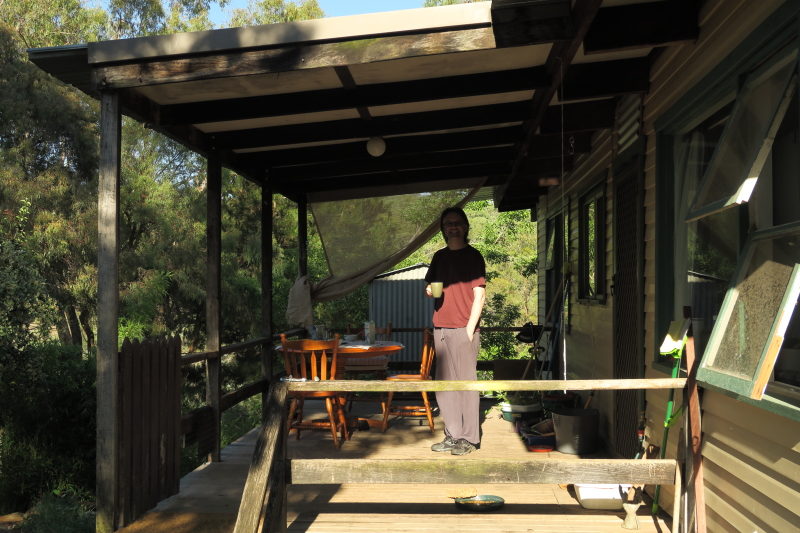 Apparently the shade helped to improve the photo 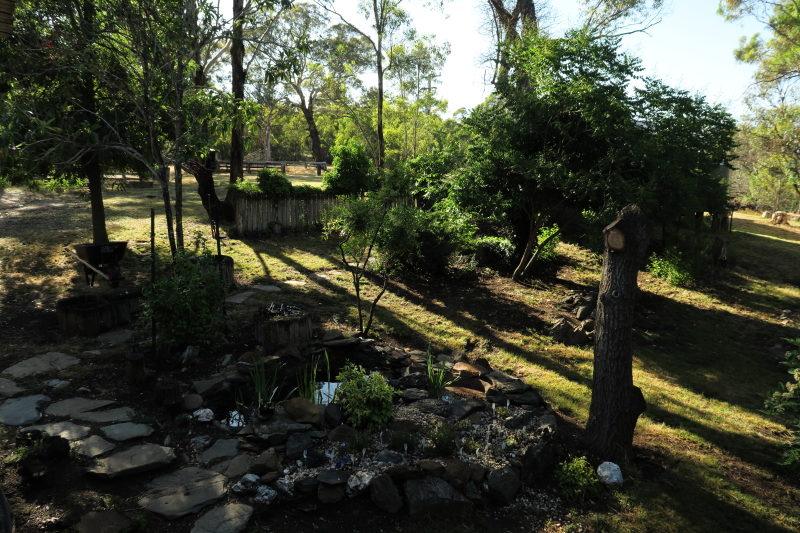 It’s Christmas? It’s strange having to put on sun cream and a sun hat. 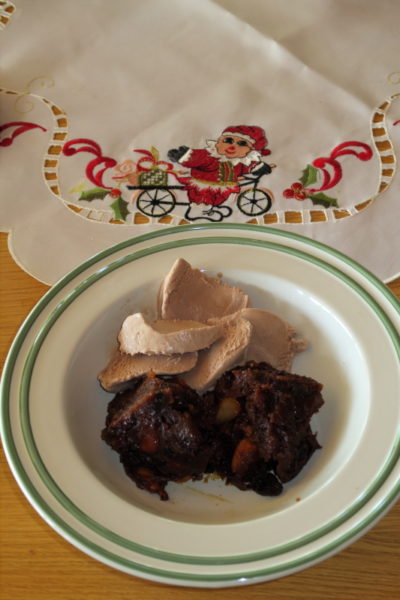