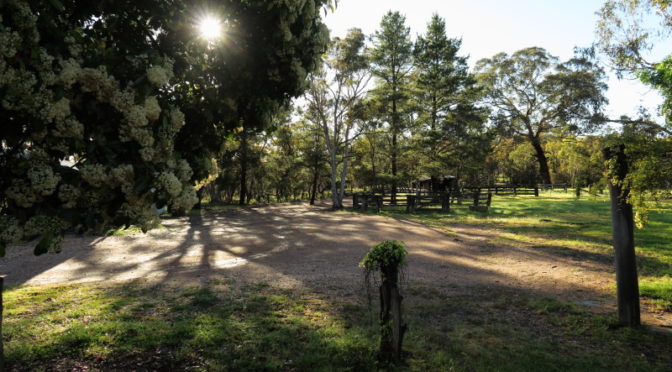 Life continues here with the weather warming up nicely, though it is doing a good job of reminding us that it is still Spring. 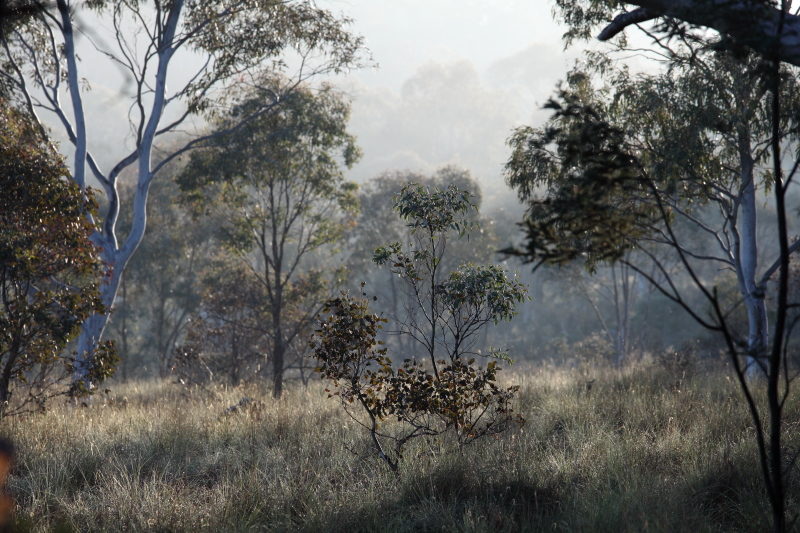 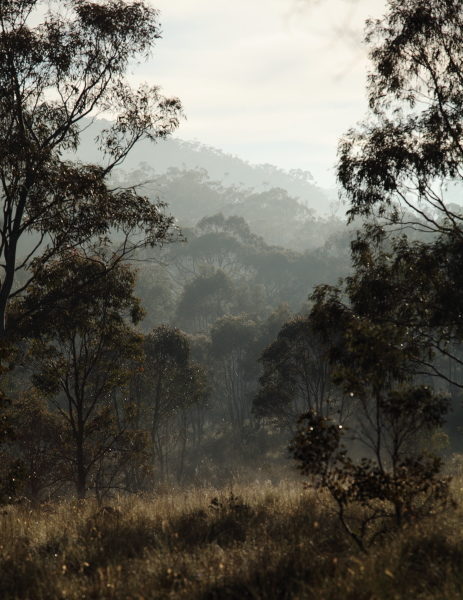 We have had the occasional ground frost as a reminder which admittedly looks wonderful but is a pain in the backside when it comes to the veg plot, the veranda and the sunroom…. You see, I have a lot of seedlings, waiting to be planted out. Some are hardy enough to already be in the soil, though a couple of ‘crops’ have failed and will have to be replanted. The runner beans and the red beans have failed completely, the peas on the other hand have now surfaced and are growing, slowly.  Some are hardy enough to survive a sheltered spot on the veranda which faces south and gets a little warmth and shelter from the house.  Others need the protection of the sunroom, for what little protection an uninsulated room can protect.  But it does and I have only had them show signs of ‘it was too cold last night…’ wilting a couple of time.  They have recovered reasonably quickly as the day warms up – it is mostly the aubergine and some of the peppers that have done this.  Surprisingly the watermelon seedlings haven’t and the cucumbers are out on the veranda.

The potatoes and other crops planted out in the garden seem to have grown every time you look at them and I am sure if you went and measured them, came back an hour later and measured them again, you would find that they have grown enough to show!  Sadly this also applies to the weeds and to the grass, though that seems to only grow anywhere except the lawn!  The meadows are now more than long enough to hide hares and the wood ducks whose heads seem to just pop up in a sea of beautiful grass… dangerous to walk in though now because you can’t see what is around your feet.  Though so far there have been no signs of any… no I won’t tempt fate!

The sunroom has had to have some solar shielding fitted!  Ironic isn’t it.  We get a wonderful sunroom which gets all the sun, pretty much all day and we promptly have to put up blinds!  Well, it was simply getting too hot in there already and it is only Spring.  And it heats the rest of the house up which was also getting too hot already… so we have had to do something about it!

We also finally have permission to convert the bay window in our bedroom which is made from recycled patio doors (that would open if they were not riveted shut – the builder has tested this for us) into an opening window with flyscreen and proper lock.  OK we may only be able to lock it from the outside but just being able to have a window open in the bedroom will be fantastic!  We have missed it considerably.  We are also getting a flyscreen installed on the door ‘downstairs’ in the basement, which will allow us to open up the entire house to ventilation at night and potentially during the day.  The basement by the way is a small brick room around 6 foot by 6 foot (yet to be cleaned out (yuck)) with electricity and lights!  It would be idea for a stand alone freezer, or just a cold storage area, but only if we can get a flyscreen installed on the door to stop unwanted visitors (aka snakes and poisonous ones at that) from finding somewhere cool.  Plus I suspect the chooks would find it in addition.  The stairs up from the basement and this little room lead directly into the sitting room at the far end of the house (downhill) and would make for a useful exit were it not for the fact that the light switch (and the only lights) are, you got it in that little room and not where you need another set going down the stairs.  It will be easy enough to deal with that though.

Right and onto Chooks.  You have to love them really.  Honest you do.  They all have their own personalities and they are now coming out, now that they have settled down and worked out their new surroundings.  I haven’t recorded the egg count from day 1 sadly.  I really should have done, but I have recorded it since we got the additional 3 chooks (one of whom is to be rehomed at the weekend sadly).  The weekly tally since I started has been rather higher than expected (luckily it is possible to freeze raw eggs, minus their shells!)  So their tally has been 17, 24, 18, 20, 21 & 24… what we had not noticed (well we had but not put two and two together) was that our oldest bird, the one who is very large and black, CC (Chatty Charmaine) has lain an egg everyday for the last 18 days.  2 days ago, her behaviour changed.  She couldn’t get down from the roosting perch and was clucking away making a sound I have not heard from her before.  Once she was down, she fed frantically and then went and sat in the nesting box.  The cardboard box that is down just for her because she can’t manage the nesting boxes that Stuart made for them all (and as a result had started to lay under the house.  Being top chook, all of the others then followed suit!) So I put a cardboard box in alongside the nesting boxes, HP approved of it and made a nest in there for her and the rest is history.  All of the birds now lay in it.  Until 2 days ago that is…  She went into it and stayed there.  Until lunchtime when I feed them, she flew off the nest, literally, fed frantically for 20 minutes and returned.  She slept the night down there, and repeated it yesterday.  Someone turned a light switch on in her and she went broody… overnight.

So, we have a problem because whilst getting rid of one chook, (she is going to a sanctuary for roosters (where HP came from) to be a sole and soul mate for a rooster that way she won’t fight other chooks over nesting.  But in getting rid of 1 we needed to replace her. So we have already made arrangements to rescue 2 more from a free-range egg farm on Sunday (this one coming) along with a friend who lost her entire flock a few weeks ago.  Getting 2 whilst losing 1 would have made the ratio of chooks to rooster much better.  We needed a 6:1 ratio minimum.  Ideally it is actually recommended that you have a 10:1 ratio if there are other roosters around (even within calling range), but we are lucky on that matter, there are none thankfully.  So we could get away with a lower ratio provided we kept an eye on things and made sure that no one hen was being picked on and over-mated (it can happen and can result in the death of that hen).  So dropping to 4:1 was not an option… and so when I spotted these chooks available, we agreed to take 2 which we pick up on Sunday afternoon.

Now the problem is that with CC now broody we have a number of options available to us.  But they boil down to 2.  Neither are ideal because we either have to have to break the broodiness by being really unkind to her (dunking her in cold water 4-5 times a day for up to 5 minutes at a time – like that is going to happen more than once and I could not do it to her the once tbh!) or we have to accept the situation and either give her eggs or one day old chicks.  We can’t let her sit indefinitely because whilst they are totally broody, they only eat 20% of what they did previously and basically are on a fasting diet for a minimum of 21 days (which is how long the eggs take to incubate).  Or we let her sit for a while and try to obtain day old chicks to put under her one night when she has roosted.  In theory and more often than not, they accept them in the morning as their own and raise them.

Having talked it through, we have decided on the eggs.  We have looked at our eggs and don’t really have any that will stand up to a large bird sitting on them for any length of period and all our chooks are actually pure breeds except for her who is a first generation cross.  I would prefer to keep them as pure breeds, and so we have purchased some eggs for her to sit on.  They should arrive tomorrow by post (I now have a post collect number at the local post office which acts as a postal address and parcels and letters can go directly there rather than the postman bringing a note to our letterbox to say it is at the post office).  We have to let them settle from the transit for 24 hours and then we put them under her.  They have to be stored in a certain direction which has meant that ours in the fridge are not actually suitable, because after washing them a certain person put them the wrong way up and her sitting on eggs that go rotten isn’t going to break the broodiness cycle sadly.  And it is dangerous to her health for her to sit too long on a nest basically not feeding especially given her age.  Fun and games are a foot.

And so to a lovely morning earlier this week.  I think it was actually Sunday morning.  These were taken from either the bedroom window or just around it.

Time to grab my socks and boots and go outside in my PJ’s for some pictures.

Whilst I was standing outside, just looking at the view and listening to the humming of the bees in the tree on the left, I was approached, literally by a hare.  It was a very wet hare, it had poured with rain (18.4mm in 4 hours) that night and cleared at dawn to give this wonderful light.  The wildlife was not quite so happy with the situation!