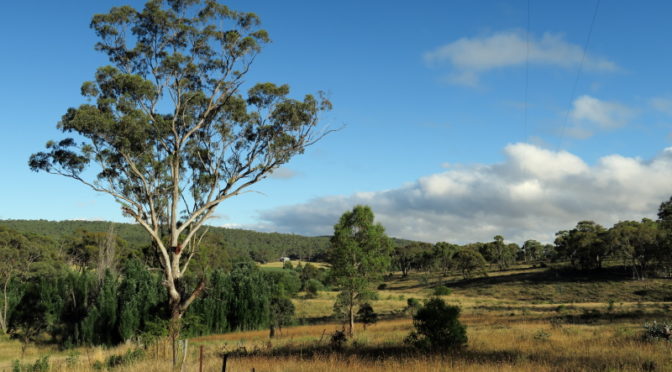 I can’t remember exactly where we were up to now, but I have to put in an apology for not having made another post sooner.  Life has been very hot, hard work, lots of things going on and then with me typing at the dining room table I picked up some RSI in my right hand.  Plus in the last week, I have gone down with a nasty chest infection.  One of those no coughing, deep lung, I’m going to stab you to death pain lung infections which has knocked me for six and the antibiotics also knock me for six.  I just wish that between them, they would actually allow me to sleep, but it has been too painful with the stabbing pain from the infection which I mistook to be my broken ribs initially, but then when I started to actually hear life bubbling away and gurgling in my left lung realised what was going on and started on the antibiotics.

It has also been exceptionally hot here this last couple of weeks frequently reaching +30°C and several times in excess of +35°C.  Today is meant to be hotter and all the signs are there that it is going to be.  Last night at 11pm it was still 28°C inside the house!  This morning it was 14°C and there is frequently a +20°C degree difference between the maximum daytime temperature and the minimum night time.  But there have been nights, like last night where that temperature difference does not happen until 3 or 4 am and it makes it exceptionally hard to get any sleep because you start the night out with a sheet being too hot, and you end the night needing a quilt just to stay warm!

So excuses aside, where were we?  I think we were still in last year, possibly up to my birthday?  Anyhow, life was normal over the new year, we slept through it as always but for once there were no fireworks to wake us at the relevant time which we were exceptionally happy about.  We did consider sending all of the family a Happy New Year message when we woke up, but thought the better of it for once!  We settled for making contact with as many as we could via Skye.

We went through a series of really nice sunsets the first week of the new year which was great, but they coincide with us putting the girls away in the chook house and are very short lived.  Sadly I only caught the tail end of this one, but the entire sky was lit up pink and apricot.

On the cooking forum I own and run, we have a competition every 2 weeks where the winner of the last one selects a new ingredient for people to come up with recipes for.  One of the ideas is that you cook the recipe as well, though it is not compulsory.  I like to and I also veganise (plus eggs) the recipes so that we can eat them and post the altered version online.  This fortnight’s ingredient was Marmite/Vegemite or whatever the equivalent was in your country.  Here we can get both Marmite and Vegemite (as well as another one but I can’t recall what that one is called).  And so, given that cheese and Marmite go together so very well and we have some vegan mozzarella slices in the fridge, I made some pasties… they were actually very nice, though I think we won’t bother with the vegan mozzarella next time because it is rather expensive, but this was a Christmas treat.  If you are interested, this is the link – cluck here.

The chicks are now well over 5 weeks old (as I type this) but here they are 3½ weeks old and you can see that the ginger chick is starting to put some brown feathers on it.  It is still very much an it at even this stage.  The comb is not really a give away because it has failed to develop and grow in the manner that the comb on the other chick has, and if it is a cross between 2 of our birds which I am beginning to suspect (it would be a Easter Egger and if female lay green eggs potentially, rather than the blue that Ameraucana or Araucana hens do) then the comb may not develop much at all because its potential mother has a absolutely tiny comb which is barely visible, unlike all of my other hens.

This fellow though needs no identification.  He is a he and he is a Welsummer chick.  He is a bure breed and is starting to look very handsome!

And so to a few more pictures from around our home.  The light has been excellent first thing in the morning, once the early morning mountain fog has burnt off.  Then the humidity drops from 90% down to 10% (approximately) and the clarity is excellent.

Looking east up the track and at one of the stable blocks.  We seem to have quite a few of them, though this one has been adapted and seems setup for cattle as well as sheep and horses!

With that particular stable block behind us now, we have a clump of pine trees which attract the black cockatoos for the pine nuts (as well as the possums).  Hidden away on the left, is the house and in the centre is the car port and outdoor entertainment area which I have to confess we have not used that much currently.  The veranda as a table and chairs which we were able to pick up free in the local Facebook Buy, Sell or Swap group and it has done the job we needed.  Breakfast is almost always outside now.  Lunch varies but the flies have dropped in number now it has been hot and dry for so long and it is more pleasant eating out for lunch as well and somehow we just don’t go over that way when we have the shaded veranda to use.

I have been trying to come up with an angle which shows the house and the view in relation to each other.   I think I have finally found it.  The house is hidden on the left – you can just make out the yellowish cladding that the entire thing is covered with.  To the far right is the outdoor entertainment area, and in front of that the horse training round thing that I can’t think of the name of…. behind it is the view that I started the sequence with…