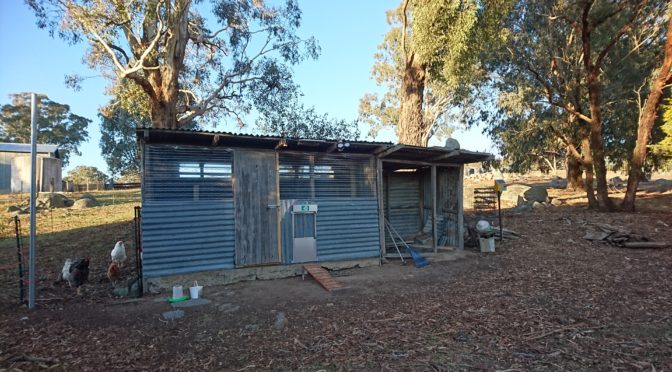 So all my girls (and a few boys) have also had to move house as well. Initially they were in temporary accommodation. We had obtained a coop and converted it to a night time roost, but high winds (from a storm front) destroyed that the first day, so their emergency accommodation had been the workshop. I repaired the door and we rigged it so that it could be shut and kept shut at night. But the workshop was never going to be long term and at best stank!

The old chicken coop needed to be repaired, and renovated. Not to mention sterilised because I have no idea when it was last used or the health of the birds that were in it (or for that matter what birds they were, budgies, parrots, chickens etc). 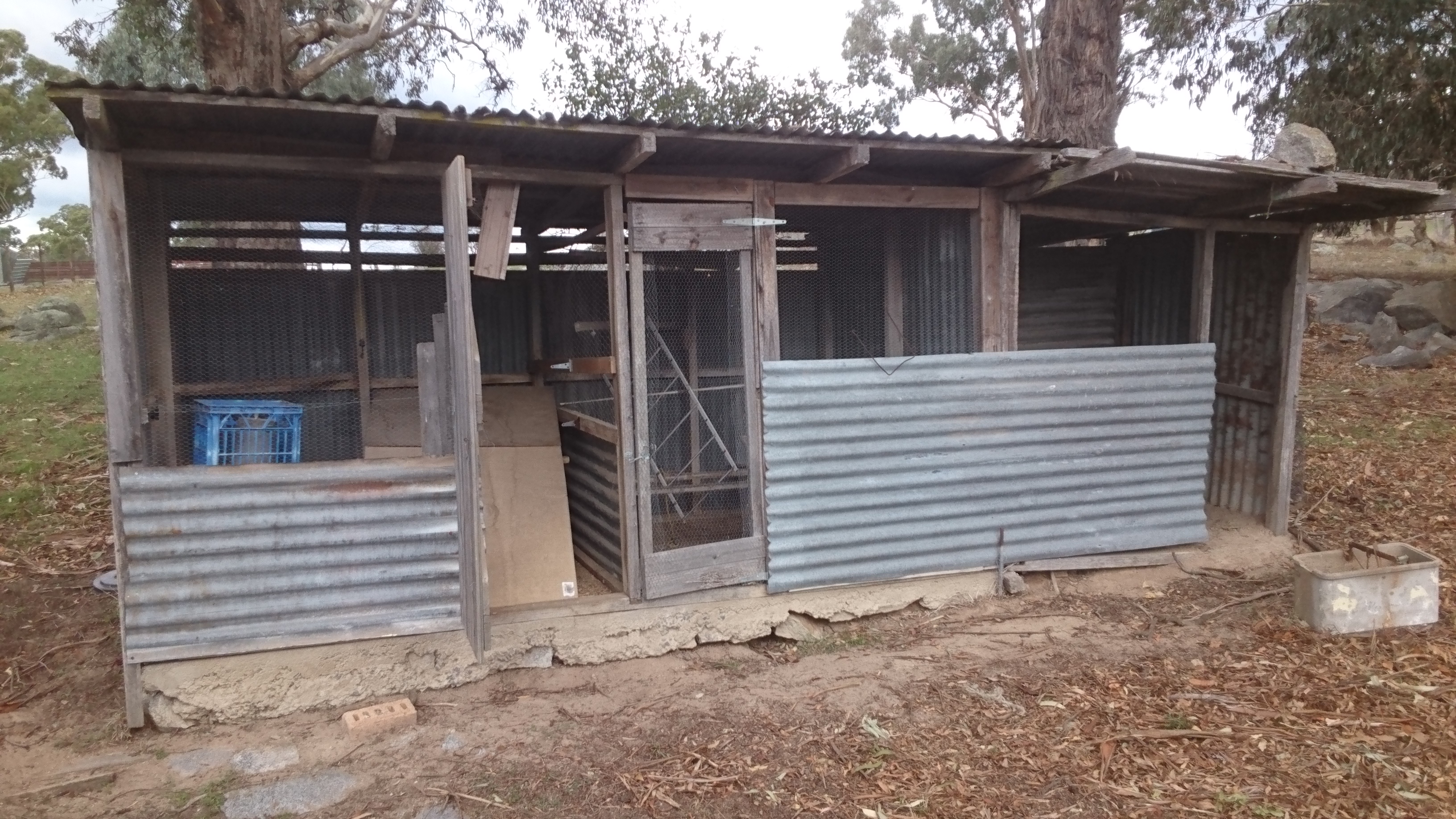 The new coop needs some work on it 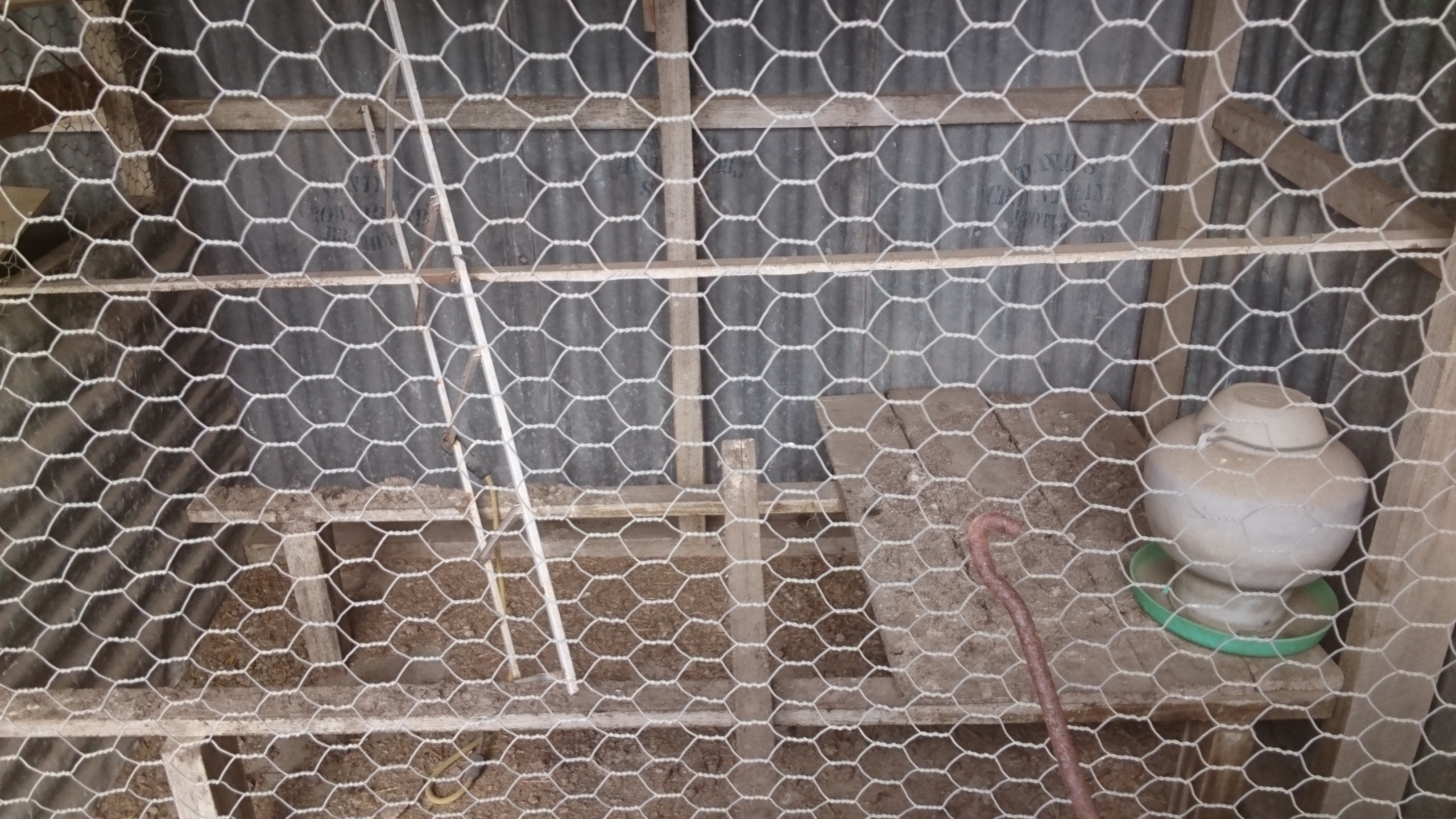 A far cry from their old accommodation where they were spoilt rotten!

All of the wood had to be stripped out and most disposed of because it was covered in old bird crap. A biohazard to both humans and chickens alike.

But one of the biggest issues is that wire netting you can see. It’s not fox proof and we’re in fox country now living on a farm.

So I started the long process of stripping it back to just the shell, then removing all the panelling at the front, removing the dividing wood and metalwork, removing that very insecure right hand door and cleaning/sterilising what remained (very little).

When I had done as much as i could do alone, work stopped until a weekend. Then Stuart’s help was needed. I couldn’t lift the single large sheet of corrugated metal and it was to be cut in half for the new design.

The left and middle sides have been combined into one secure bit of accommodation for the chooks. It has a concrete floor which makes the base at least fox proof. I’ve changed out the wire mesh for food proof stuff and also added some around the bottom half that is snake and mouse proof.

The area to the right is the next project. It has a huge hole in it from wombat activity because it is a soil base. This also makes it unsafe for chooks to roost in. We were originally thinking that we would make it into a storage area for their feed but whilst they have been in their new home for a week, it has become apparent that they need a shelter from both the wind and any bad weather. So we are going to turn it around so to speak. The entire front is going to be boarded over and an entrance put in at the back, so half of the back is open (the side towards the middle which is inside of the electric fence). That is one we have made the base more secure. The wombat hole needs filling in, the sides need to be reattached to the woodwork, the supporting strut at the front needs to be made to support the roof again and don’t even ask about the roof. Yes it is held down with rocks!

So once the floor has had the wombat hole dealt with, chain link fencing put down into it, the work on the rest of the structure can begin!