The weekend has been another busy weekend.  Friday morning, got off to a ‘good’ start with the water pipes frozen again.  I am positive it is a section of exposed pipe in the garden close to the water tank itself, but there is little soil there and little way of keeping soil there, so I am going to have to work on it.  But it is only the 2nd time it has happened since we have been here and there shouldn’t be too many very cold nights left (it has to drop below -3°C for it to freeze).  However we are due another hash frost during the tomorrow night, so I will have to work on in it tomorrow and see what the outcome is!

Saturday was the usual list of things to be purchased, raiding Bunnings again (cross between Aldi and B&Q).  Bunnings is a completely uninsulated warehouse that is always freezing cold, so even if the weather is really warm out, like Saturday morning, it is well worth while wraping up before you go in! Stuart was treated to a cordless drill!

Lunch sadly found us yet again in Ikea’s restaurant.  We knew that  no matter what happened we were going to be late home (this was after an nice early start where at the end of our dirt road I realised that I had left my medication at home so we got to drive it all again!), so the veggie balls on couscous without the cheese is their only vegan option, so yet again that was my choice. I’m getting a little tired on it sadly but the veggie balls in the wrap has dairy in both the wrap bread itself and the aoli dressing on it.)  We didn’t actually need anything from Ikea, but the restaurant and café do a better coffee than the coffee shop in the shopping mall with the supermarket and Ikea is only across the road from them, so Ikea wins hands down!

With the weekly shop done, it was home.  We have it down to 45 minutes each way now which is great because it does mean travel time is not actually that bad, but i think both of us will be quite grateful when the new IGA supermarket opens in Bungendore in February.  It’s going to be 4 times bigger than the current one and concentrate on fresh veg.  The big new one we have been into in Canberra was excellent if expensive, so if it follows that set-up it will be worth the extra cost because it will save 100km in fuel (switch the £ for $ and that’s the cost here in Australia) and about an hours travel time.

Saturday afternoon and Sunday were pretty much spent working on the house and grounds again.

Stuart did the last of the logs that needed splitting.  We should get another delivery later this week.  I hope so because we will have run out by the weekend.  Luckily it had taken us over 6 weeks to get through 1 ton of them so it isn’t too bad when you look at it that way. The first load was $320 delivered from a local company which works out at less than $50 per week for the heating, though some mornings it had been rather cold but the house is warmer now and drier (no condensation on the windows even when below freezing outside).  I’ve managed to get the cost down to $250 for 2 cubic metres which I’m told works out around 1.1-1.2 tons and that’s also a delivered price. The builder the rental company uses is from Somerset original (which probably explains why I understood what he was saying rather than having to guess at some of the words!) but he also sells wood.  I didn’t know that when he asked me where I got our wood from, but guessed.  Telling him I could get it from a collect it yourself place in Canberra for $250 which wasn’t a problem for us given Stuart works there had an offer I couldn’t refuse!

Then Stuart started on the list of jobs.  One of which was to hang some of the mirrors I bought Friday from Ikea (the toilet desperately needs to feel bigger!) and the other was to make use of the drill he was treated to. We purchased the hooks to hang the hammock a few weeks ago, but failed on the drill and drill bit side of life somehow.  So today was hang the hammock day.  We’ve missed her having nowhere to hang her since Keeper’s Cottage and the verandah is large enough for her to be up and is warm enough in the afternoon to sit in her on a break. 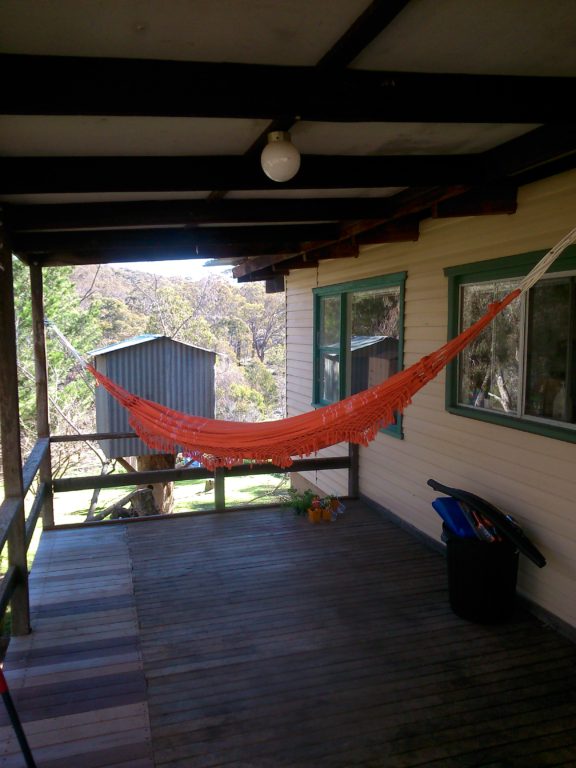 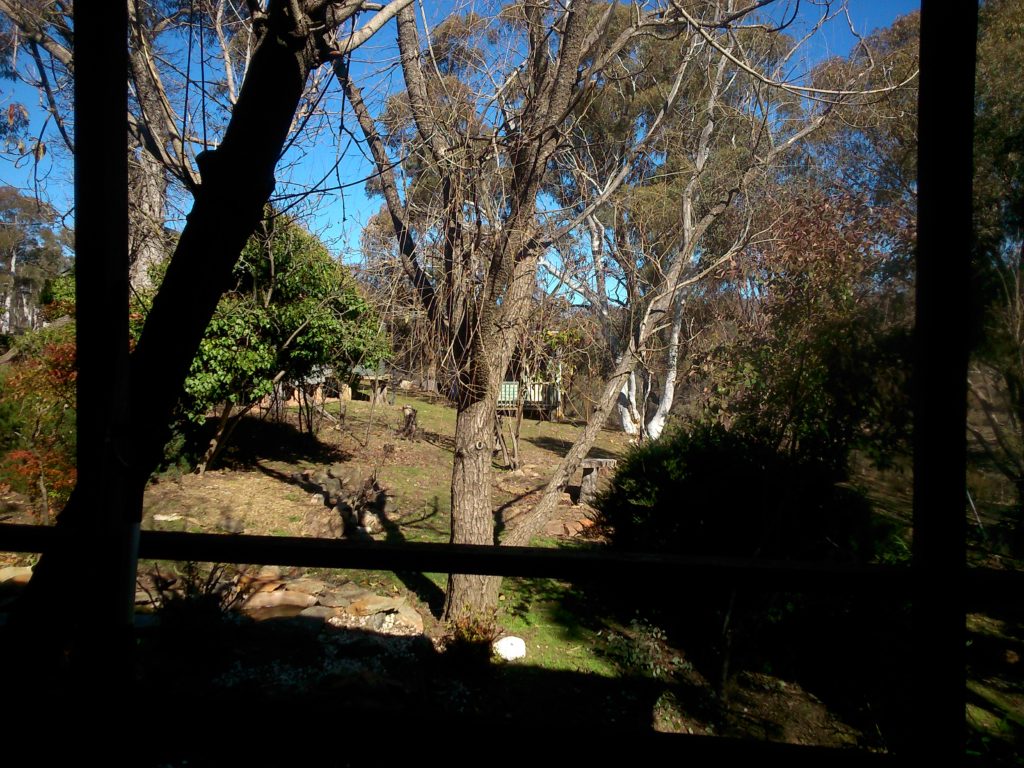 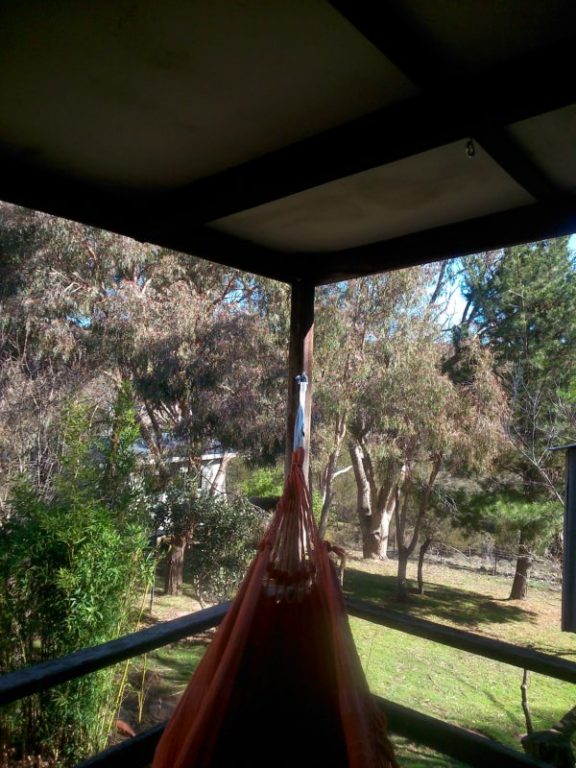 Later on Sunday evening we managed to Skype Sophie whilst she was waking Bella, my mum whilst she was manning a Guilbert and Sullivan stand at Harrogate (?) and talk with Stuart’s parents as well.

So that was the weekend.