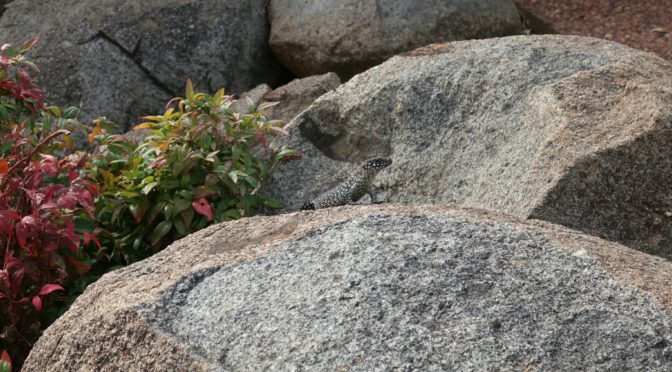 A couple of weeks ago we had another attempt at getting to the Japanese Cultural Gardens that are several hours drive from here at Cowra. We’d tried once before but failed so this was second time lucky. It was a beautiful warm autumn day (so totally the opposite of today!) and we were hoping for some good autumn colours. But it wasn’t too be. It was still a touch too early in the season. However storms were forecast for that week and we knew any autumn colours would soon be blown away so we packed up the car with supplies for a picnic, just incase we couldn’t get lunch there and set off, not knowing what to expect. 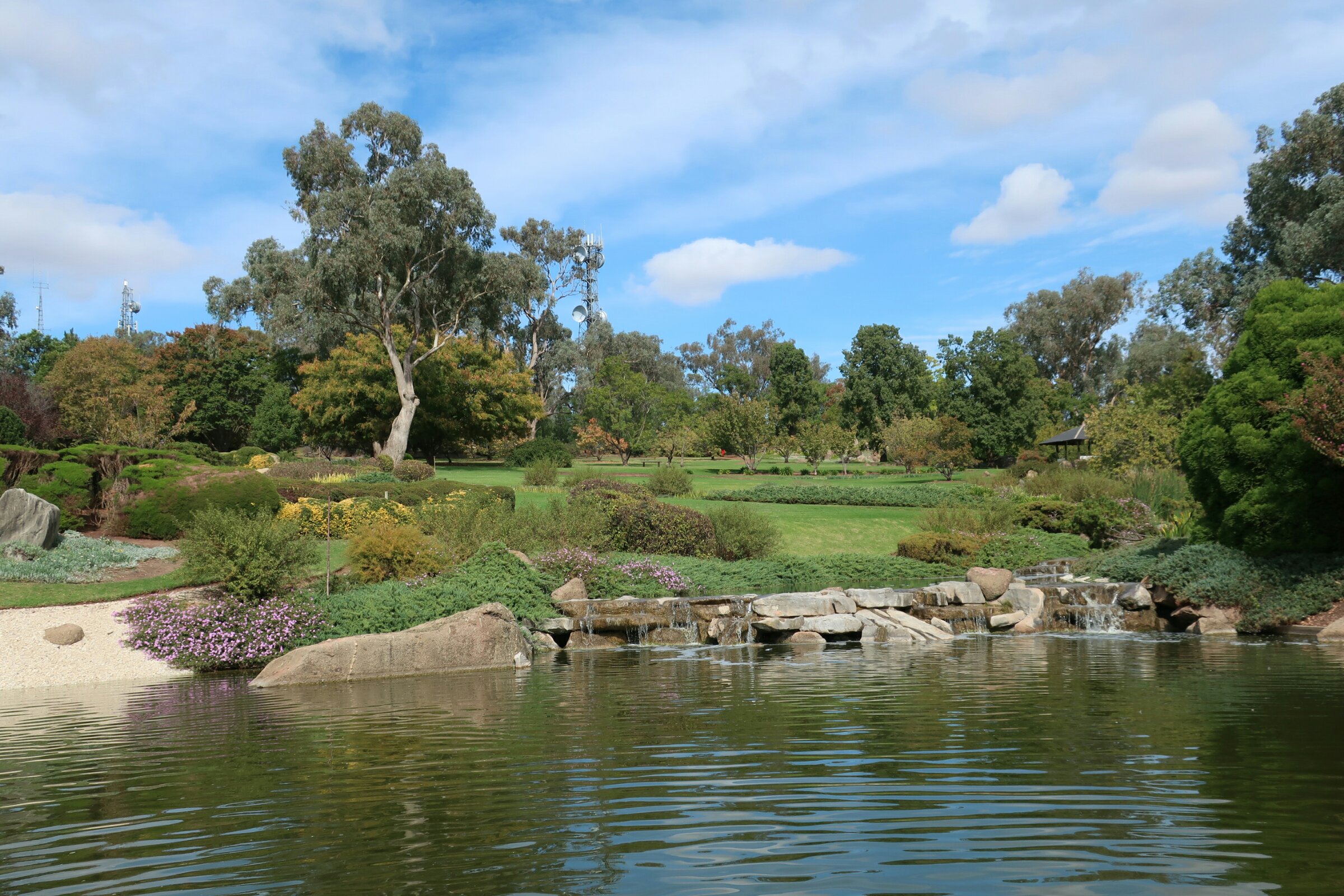 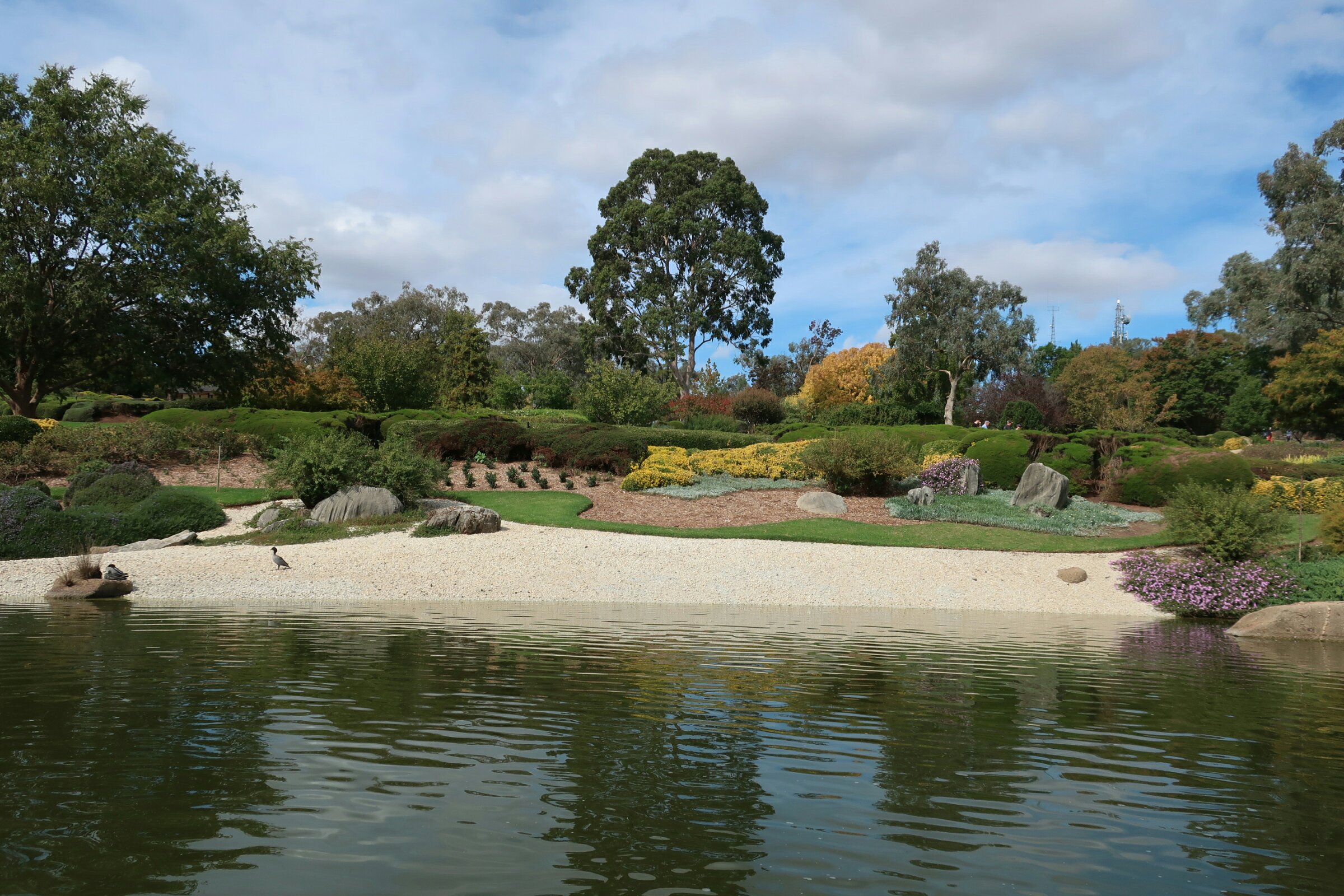 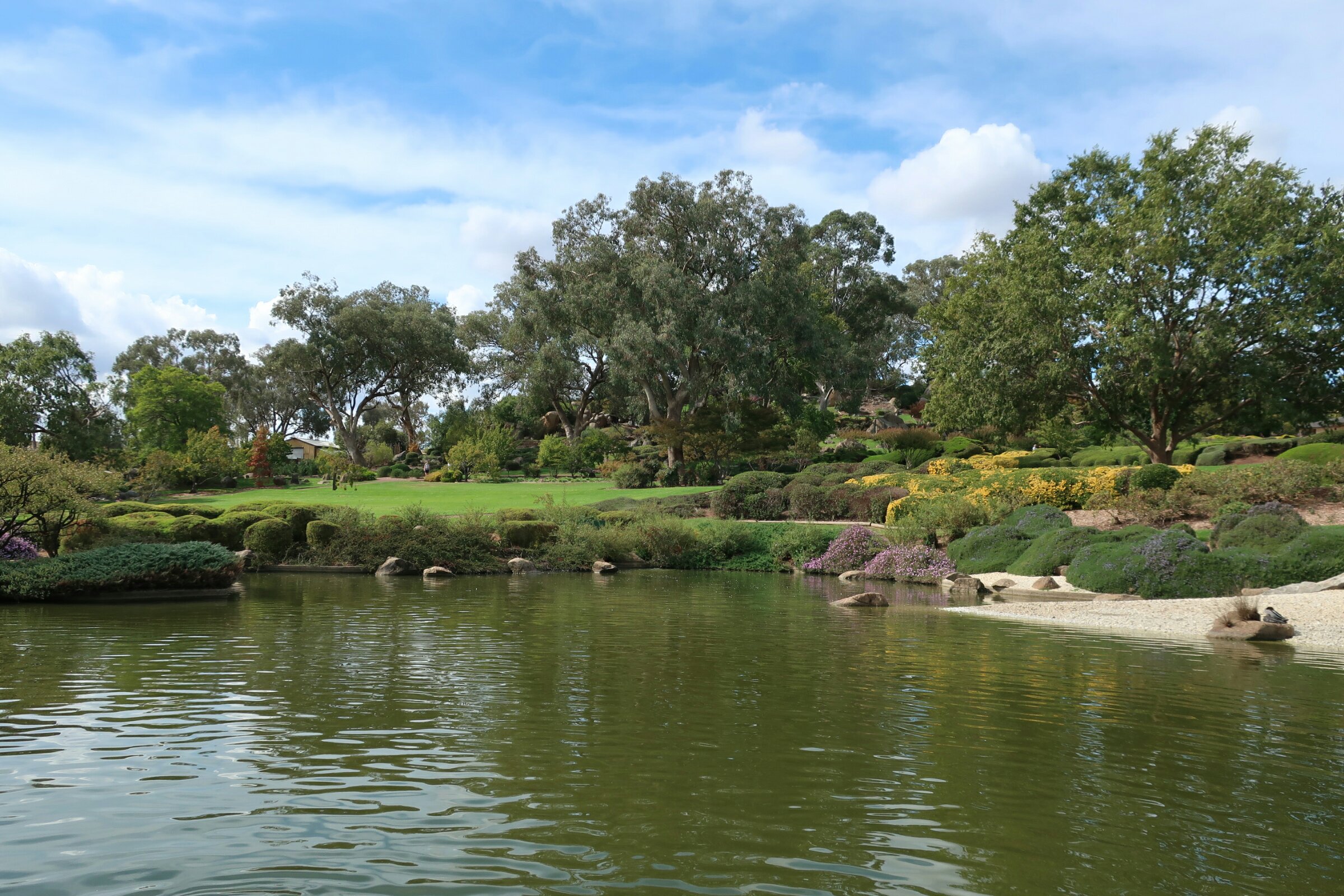 The gardens are on a hill so gave both Stuart and I a good workout. It is possible to hire a golf buggy to get around in, but they were all out and about.

We arrived in time for late morning coffee (aka elevenses) and by the time we were done it was so close to lunch that we stayed and had lunch there as well. It was just as well that we did because it was soon to get very busy in the café. Luckily they made up the toasted sandwiches on site, so they were easily made without cheese or marg/butter and I treated myself to the last slice of a dairy free cake (which promptly got served with canned whipped (dairy) cream!

After lunch, we set about having a look around. 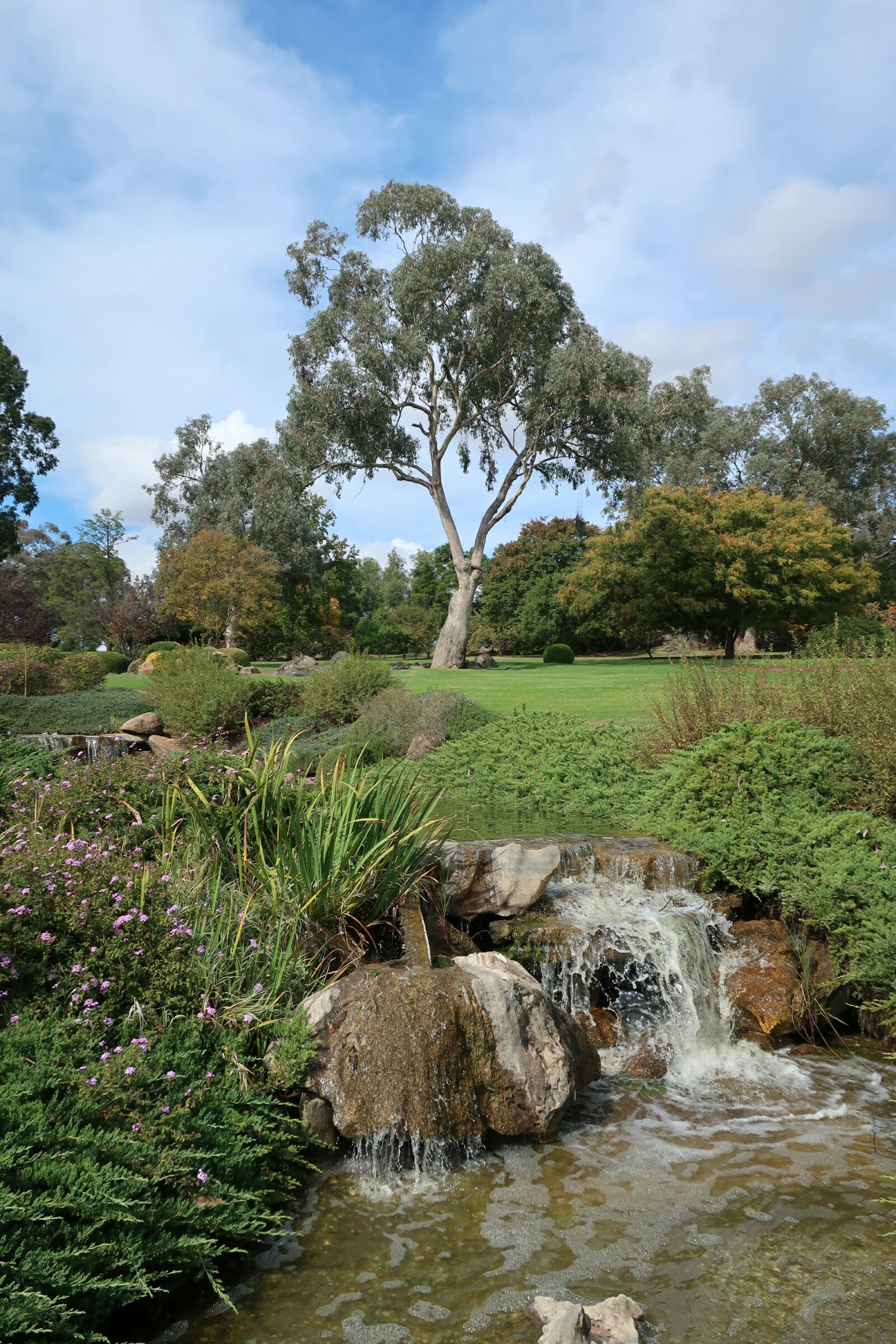 It was possible to feed the ducks and fish but given the number of children doing this, we decided to save the fish from too much soggy bread.

Then it was time to walk around, and before long Stuart had me at the top of the only hill for miles around.

On the way up, we stopped off at the Tea House. 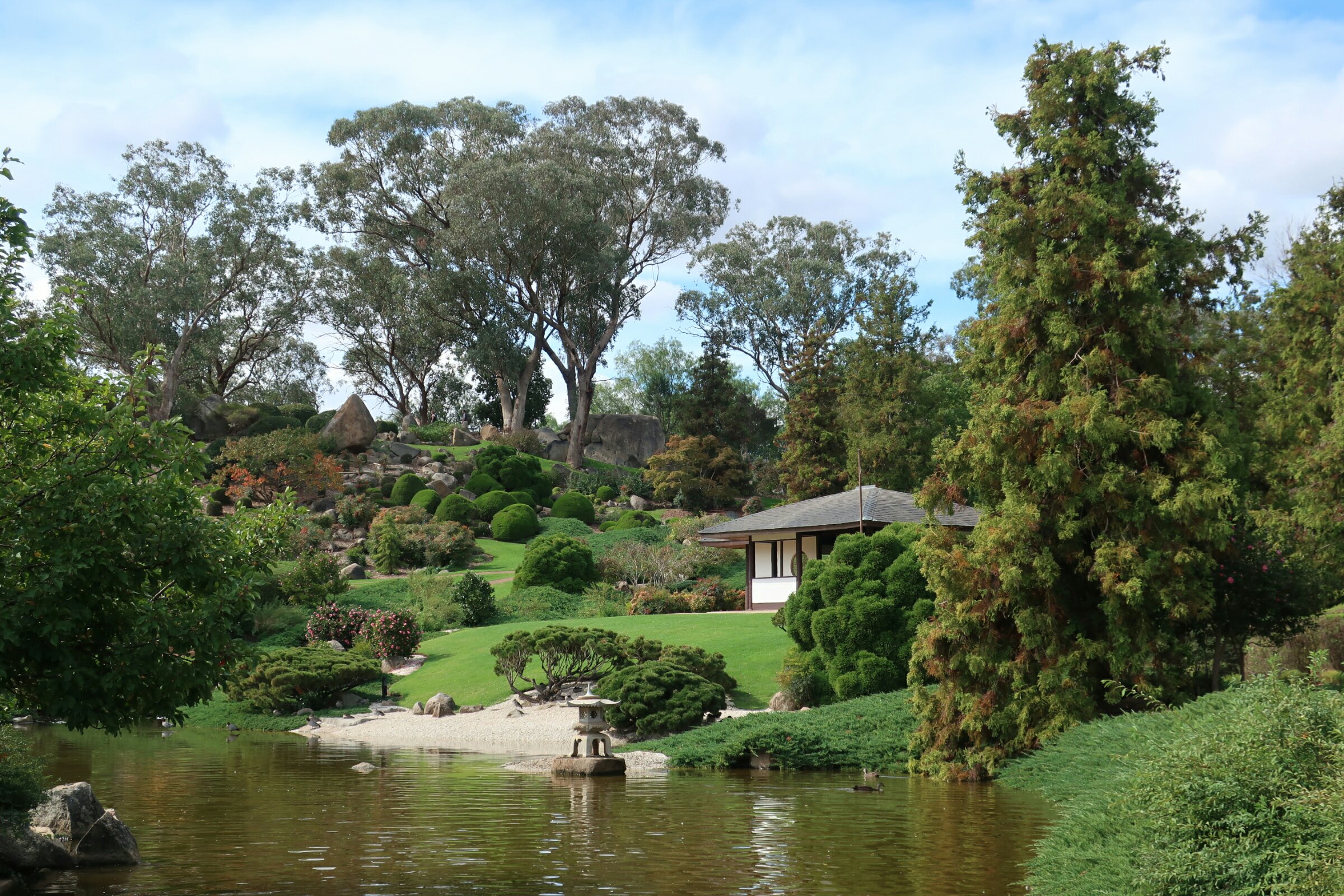 The view from the top was surprising given the hill wasn’t that high, but as you can see it’s the only hill for quite a distance in that direction. 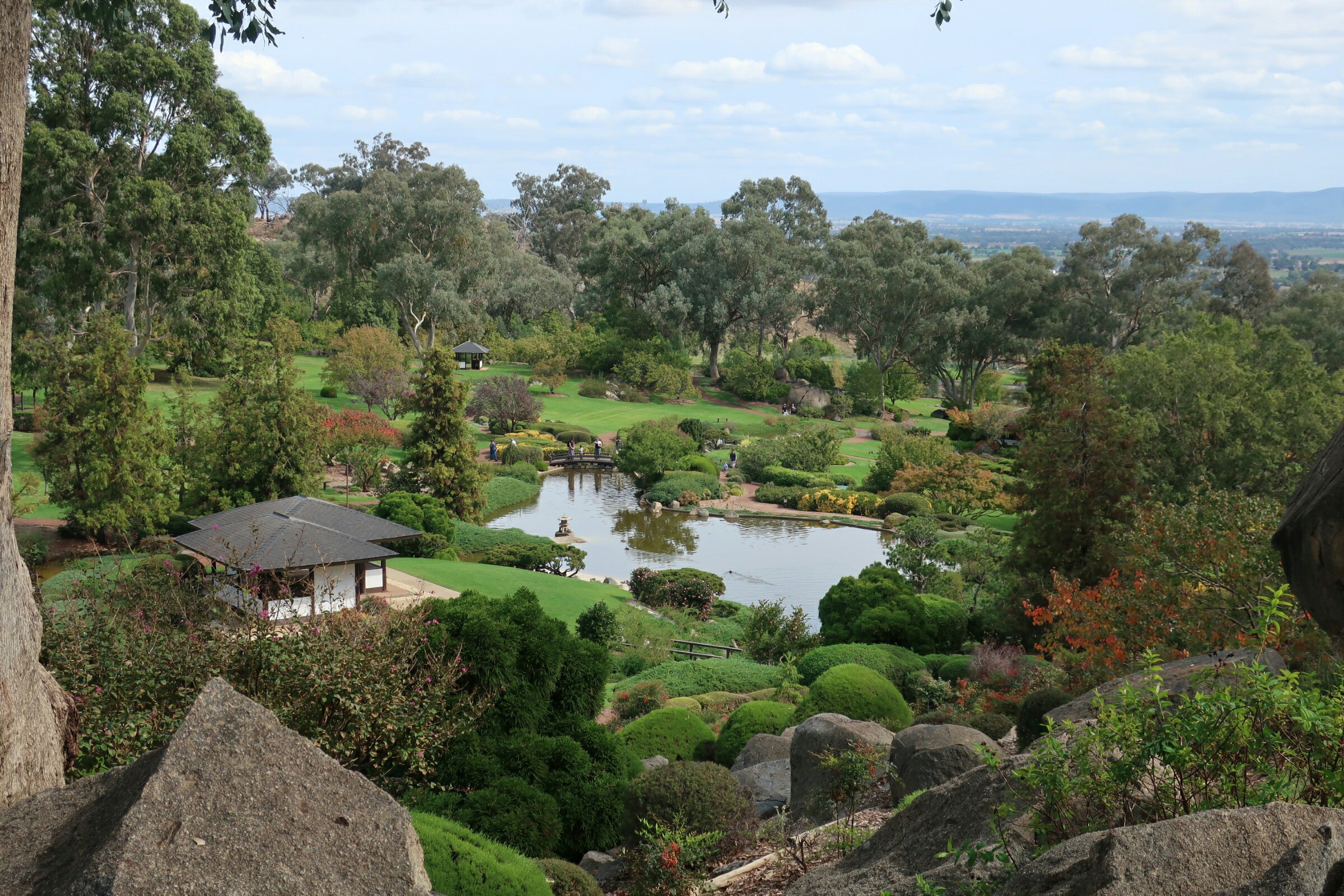 Then in order to go down by a different route, Stuart took me down the steep side!

Part way down he spotted movement on one of the rocks and before long had a photo of the culprit. 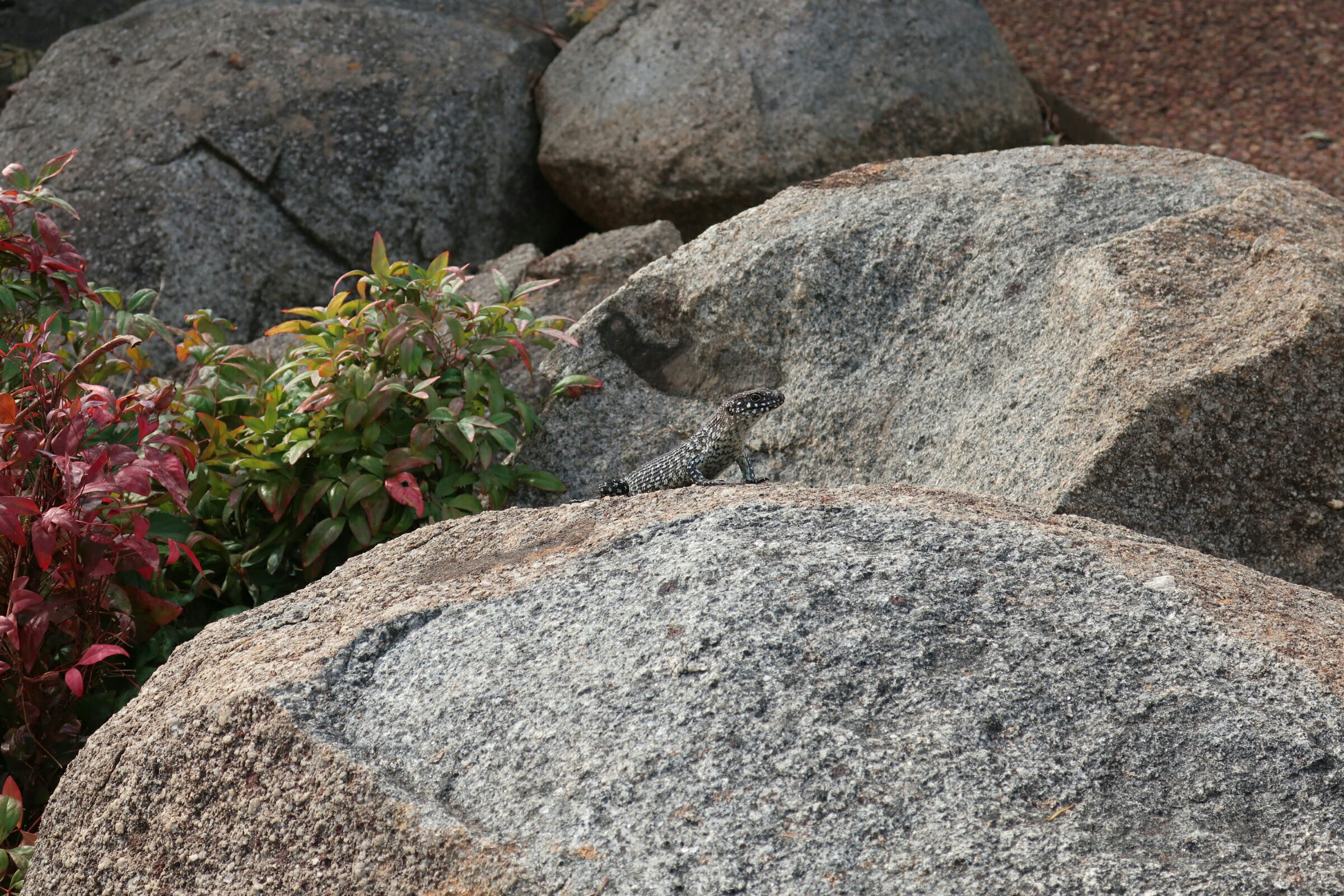 When I find its identity again, I’ll let you know!

There was some colour in the trees but only a touch. 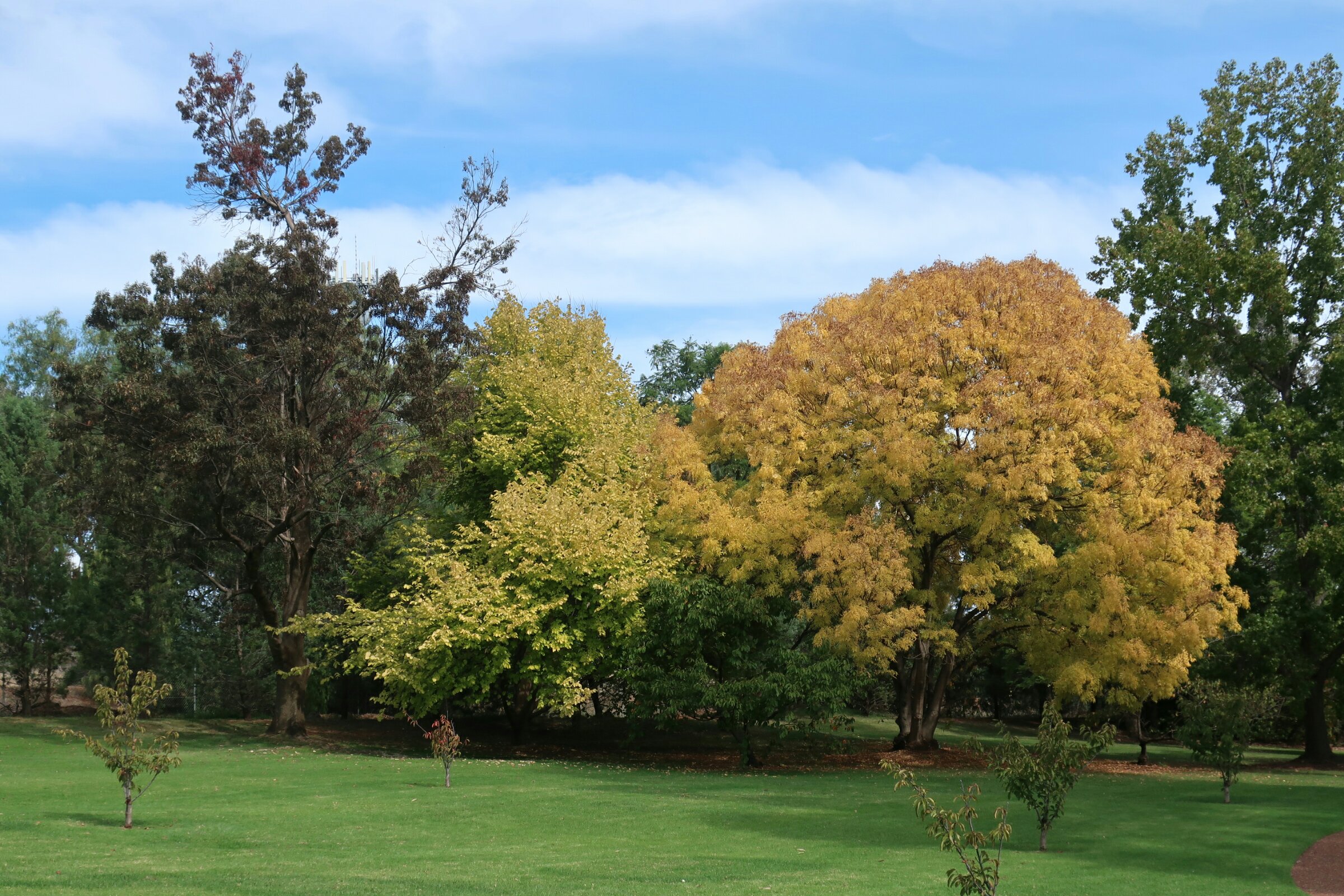 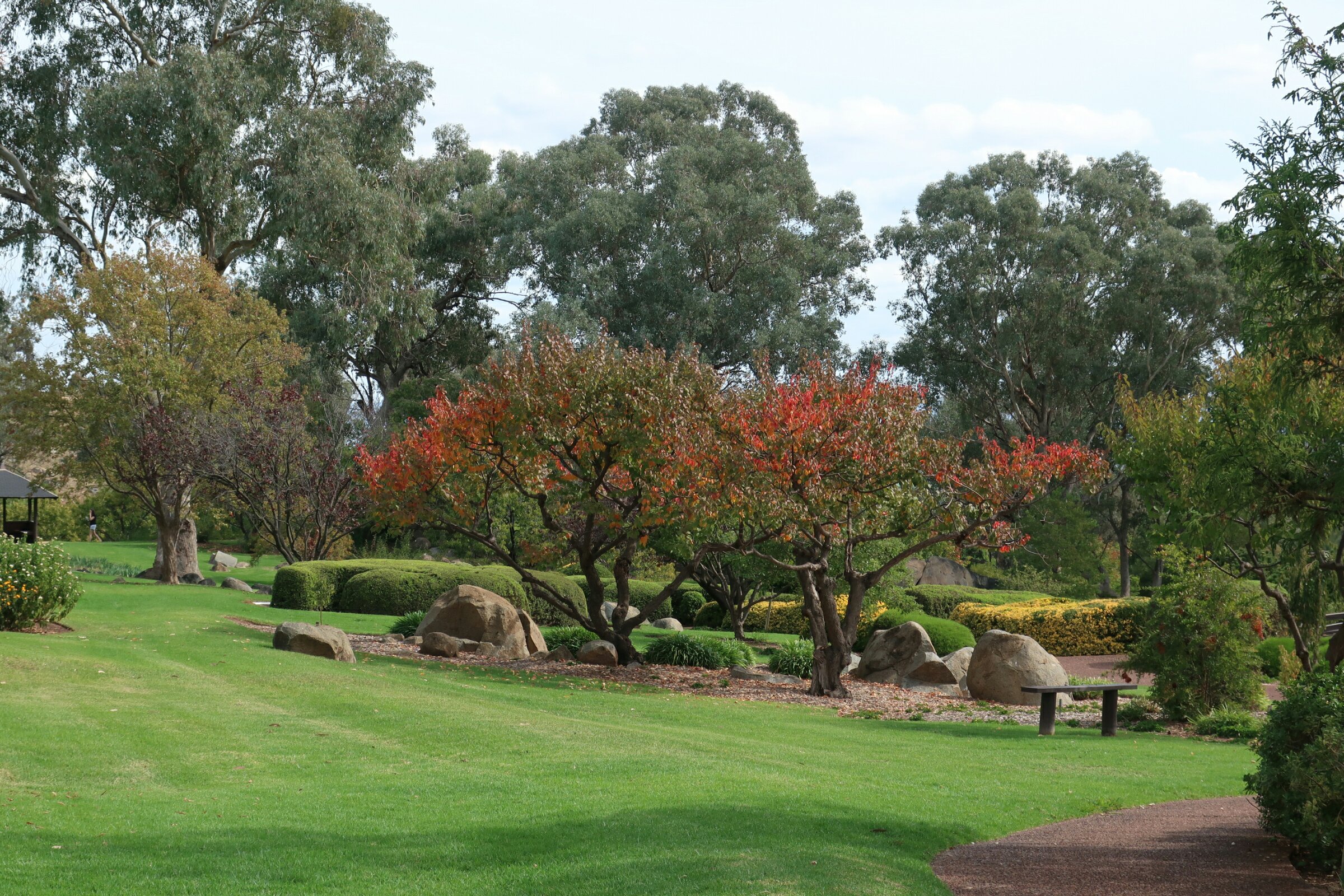 The yellow trees are Golden Ash. Easy to remember.

There’s a leaflet that’s handed out when you purchase your ticket and everything (almost) had numbers and the ID is on the leaflet. There is the most beautiful wisteria walk or would be when it’s flowering and not just the bare vine.

Virtually everything is watered by an extensive pipe network. 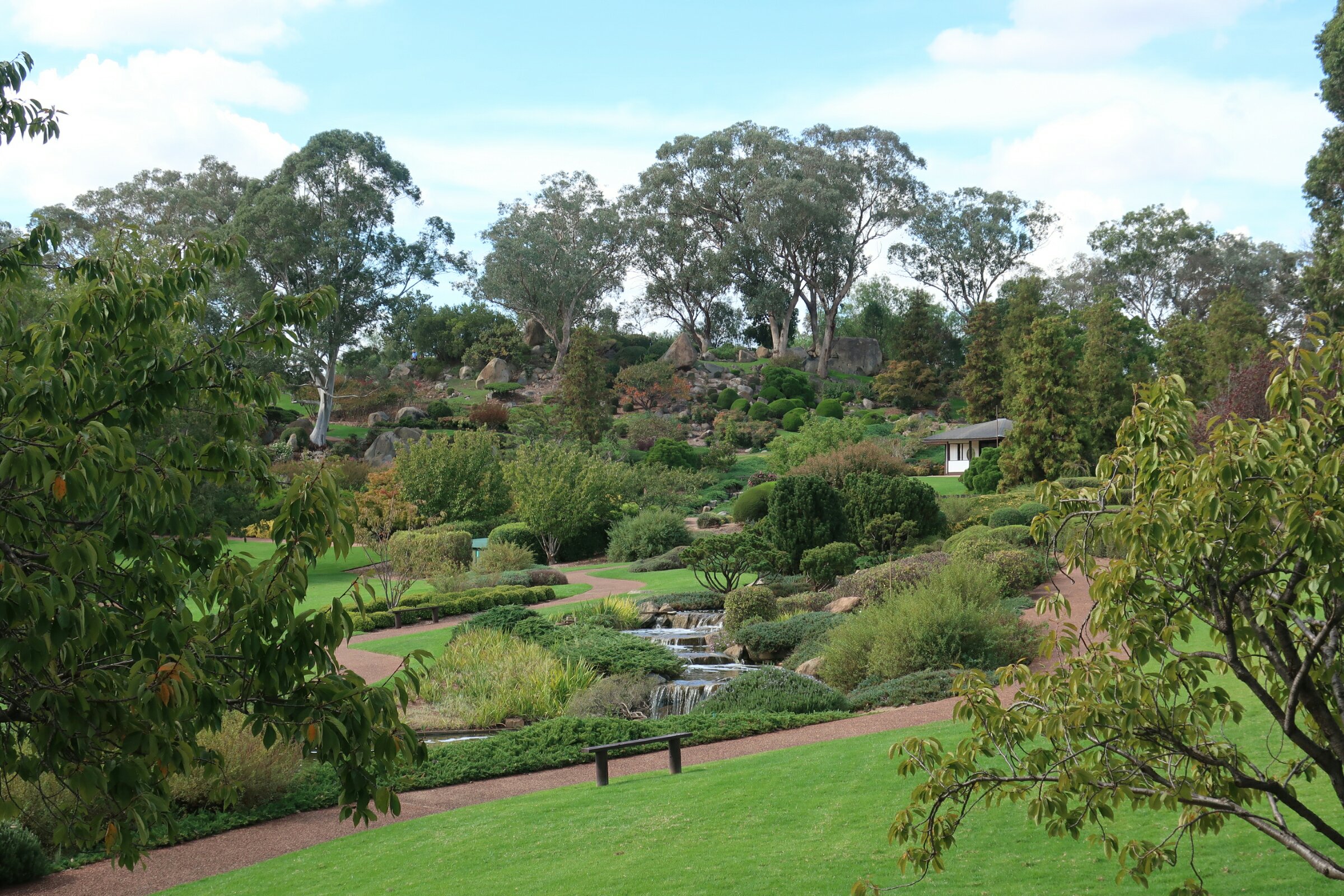 Sadly it didn’t take long to get around. Autumn perhaps isn’t the best time to visit it. But it is a good place to sit down. I won’t say quietly because it was hard to get away from people unless you ventured into the museum area which is off to one side. 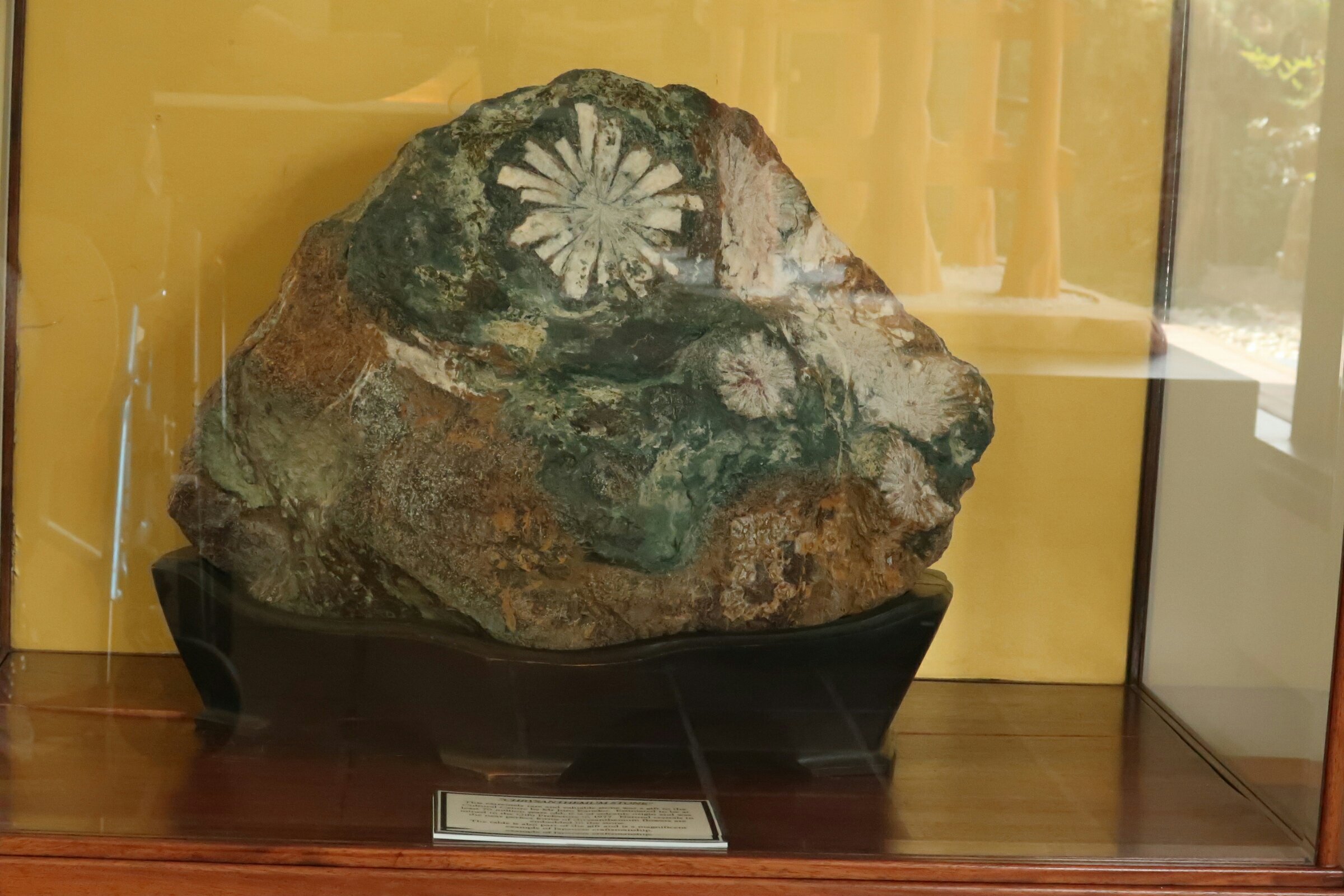 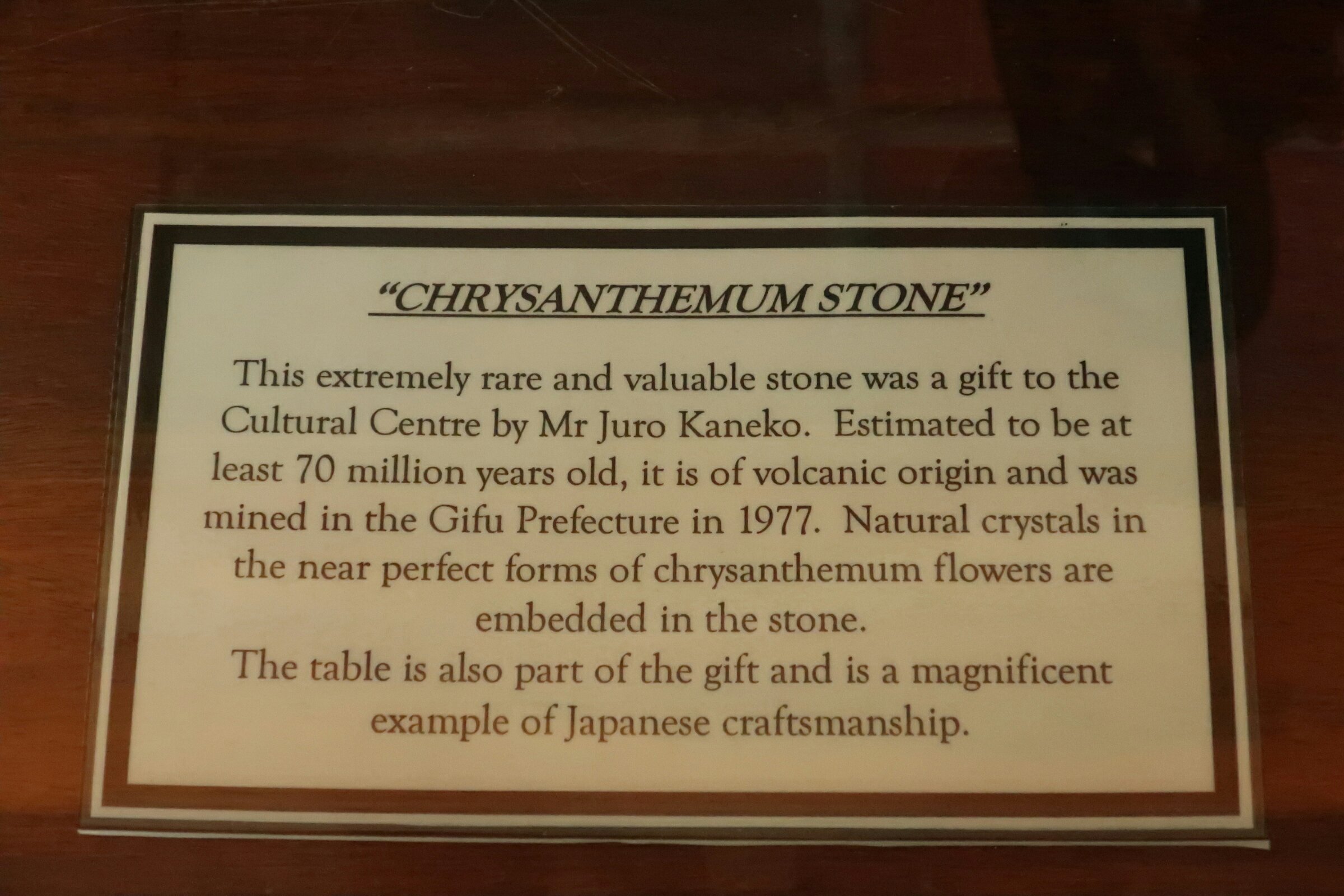 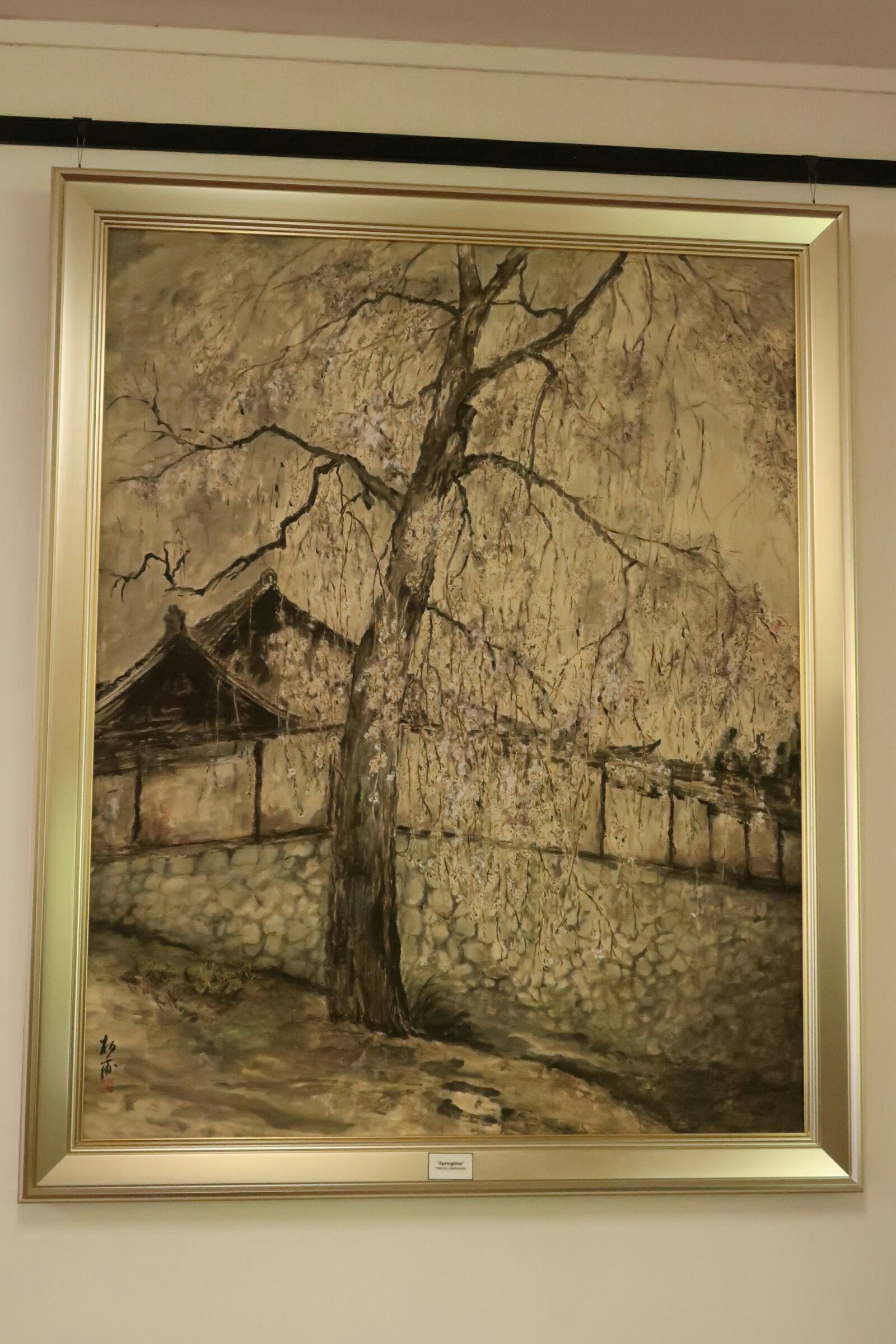 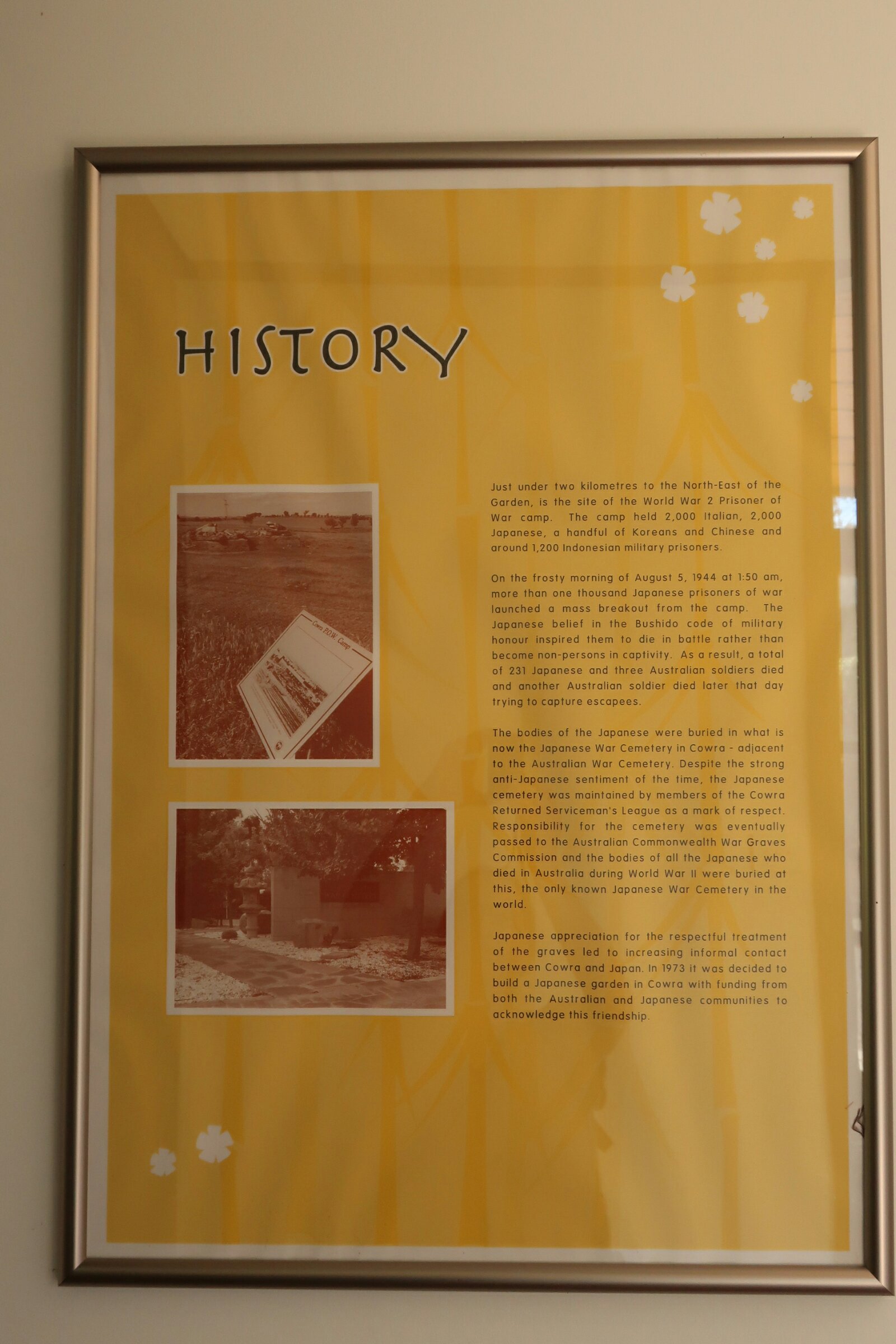 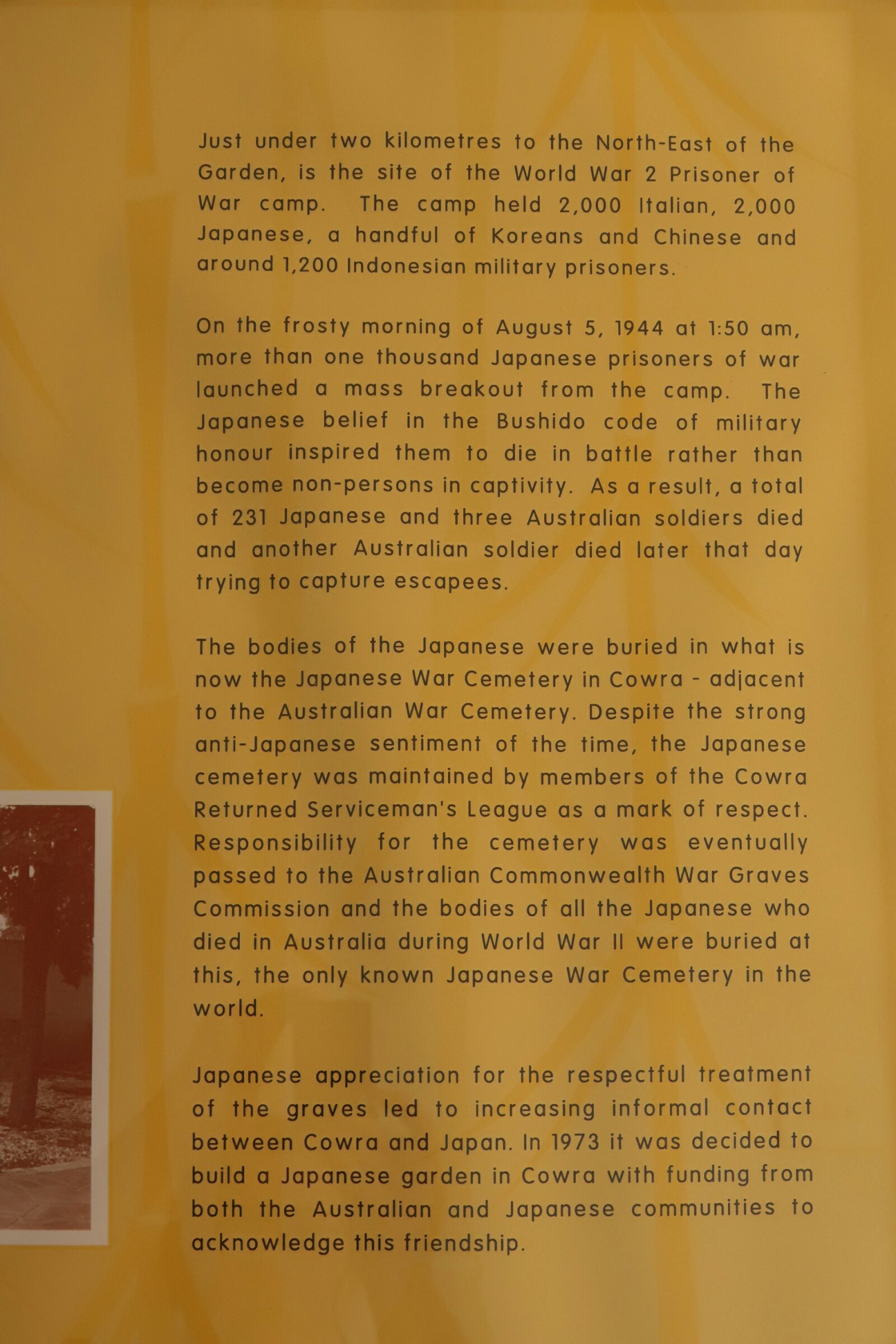