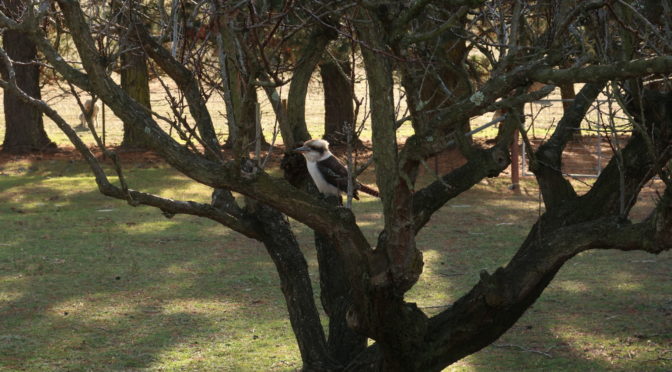 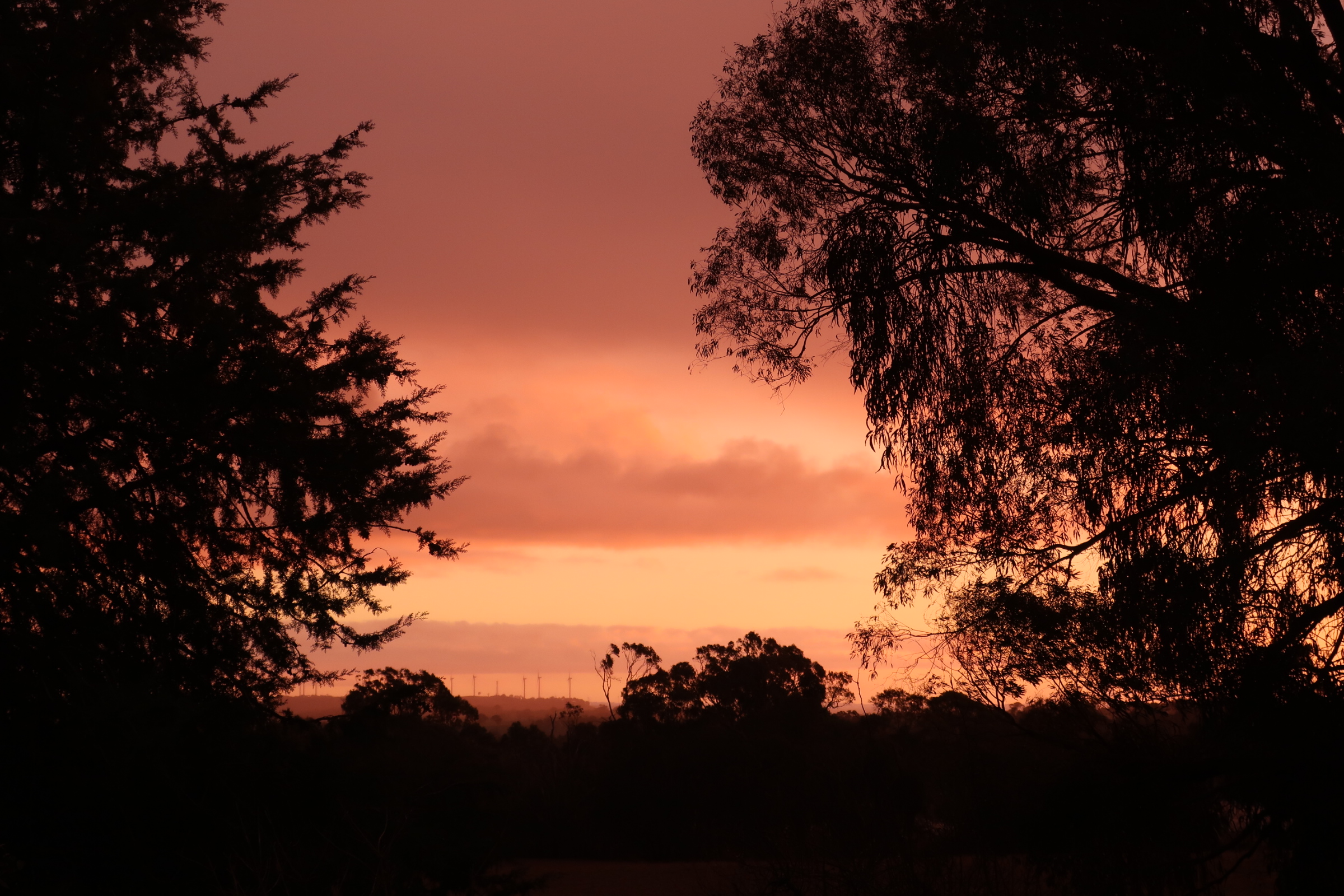 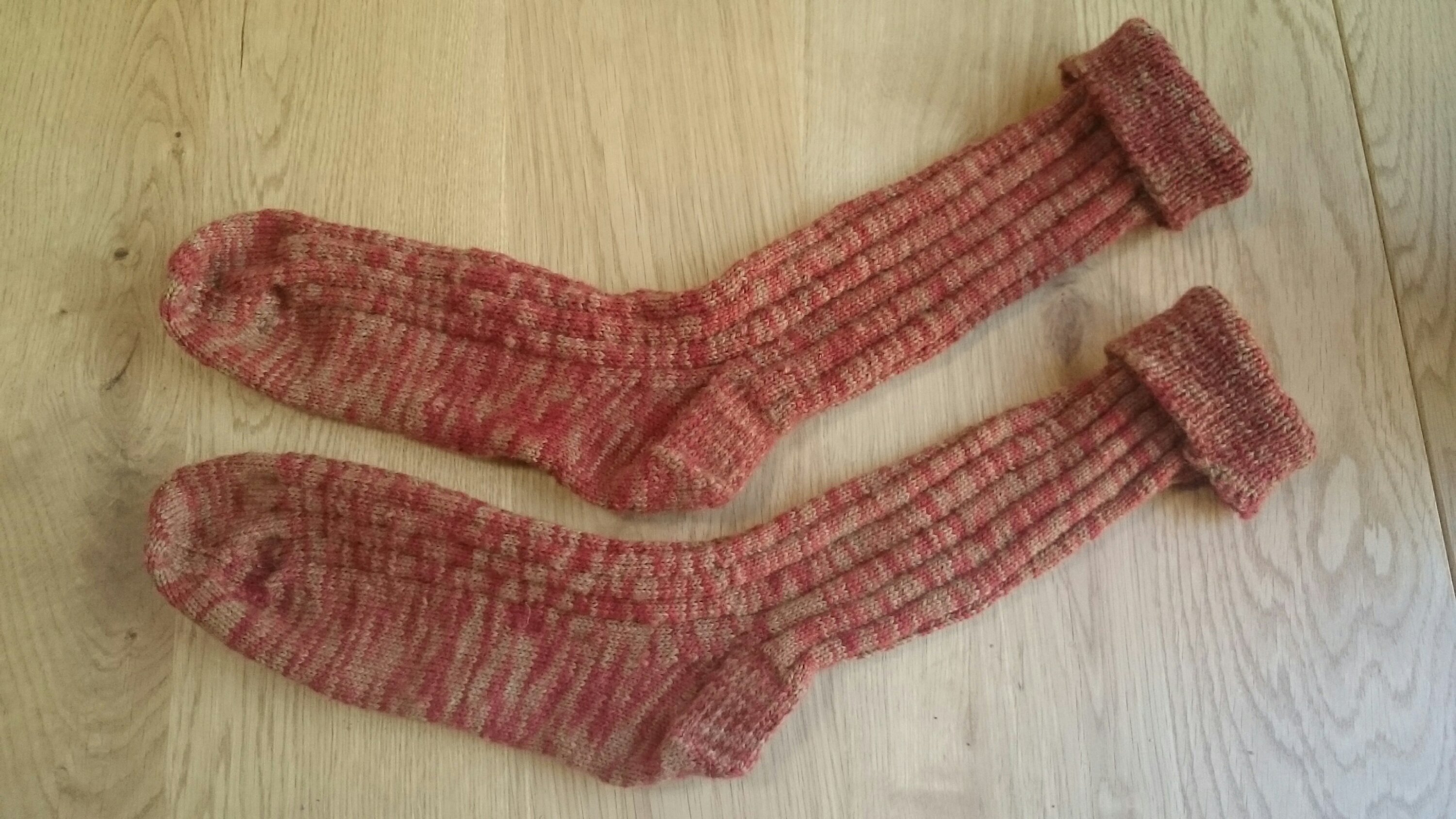 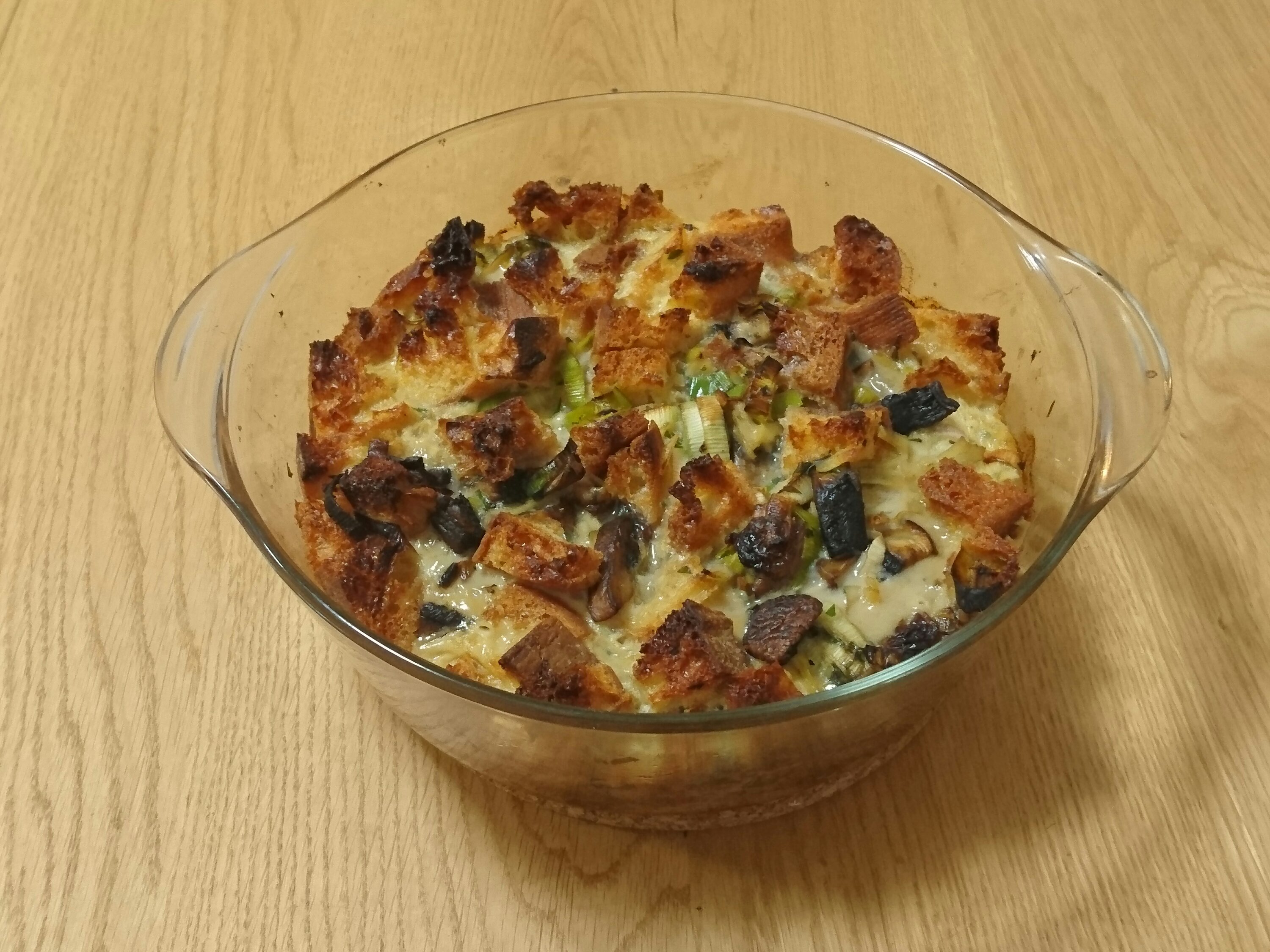 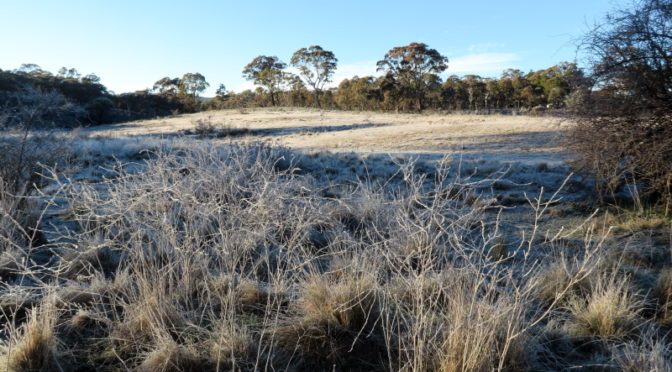 So the shortest day of the year started with our coldest night yet.

-‍6C on the sheltered veranda.  It came as a surprise, as did the fact that we still had water!  We have had a couple of issues with the water supply freezing.  I’m not sure if I have mentioned the madness of having to dig up the water pipes to locate them, so that I could bury them properly… It was not an amusing day with Stuart away from home and the hardness of the ground here.  So once the chooks had been fed, I had to take my newly acquired gift, a crowbar, to the ground to dig holes in the garden to try to find a pipe, only to have to bury it again sometime later…  It actually wasn’t that long ago.  30th May.  It was a Tuesday.  I was less than amused.

I have just spent the morning digging to find an exposed pipe so that I could bury it again.
I believe I may have accidentally buried my sense of humour along with the pipe instead of my jobs list.
The irony of this situation is not lost on me, unlike my sense of humour which presumably won’t freeze overnight. 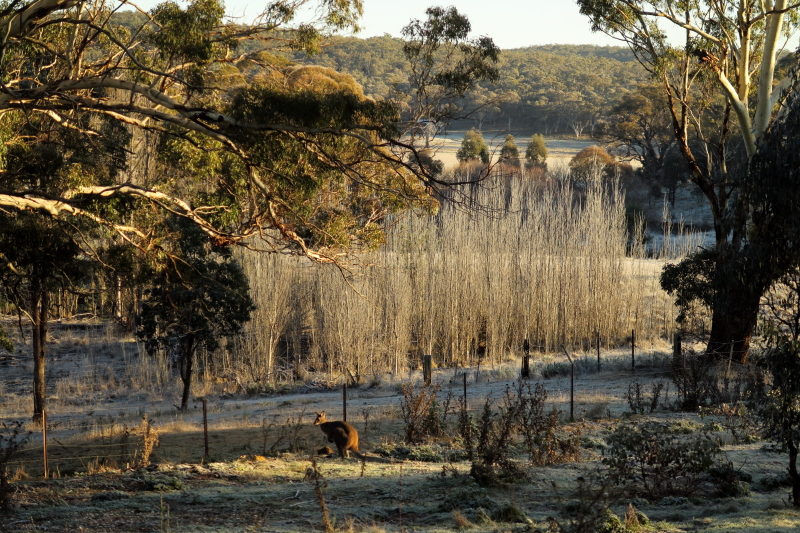 But it has paid off.  It was much colder last night and we still had water this morning, so all we need to do now is to get some grass growing over the soil we added… After all this is Australia so it shouldn’t be that difficult to get grass to grow, should it? 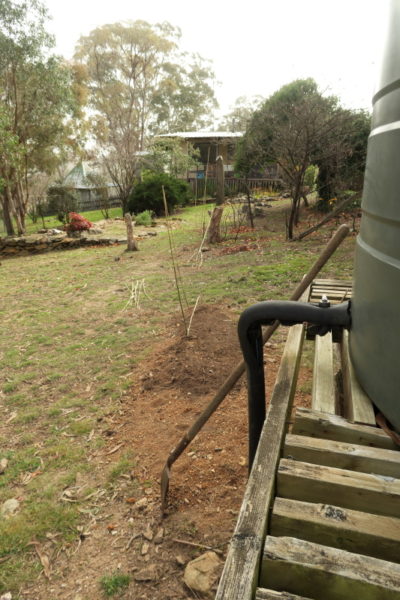 And that soil in the bottom of the last picture, is all that stops the water pipe from freezing because the pipe is actually on the surface of the ground due to a major lack of soil!

So this morning, it was a glorious morning.  Hoar frost, -6C, water, the pond was frozen (OK not very thick, but enough for a complete layer), the water inside the chook house was frozen but the water in the newbies quarters (the old building used as a quarantine area) felt positively warm.  So with chooks in various locations all fed & watered and unlocked, I was able to go walkabout with a camera in hand. 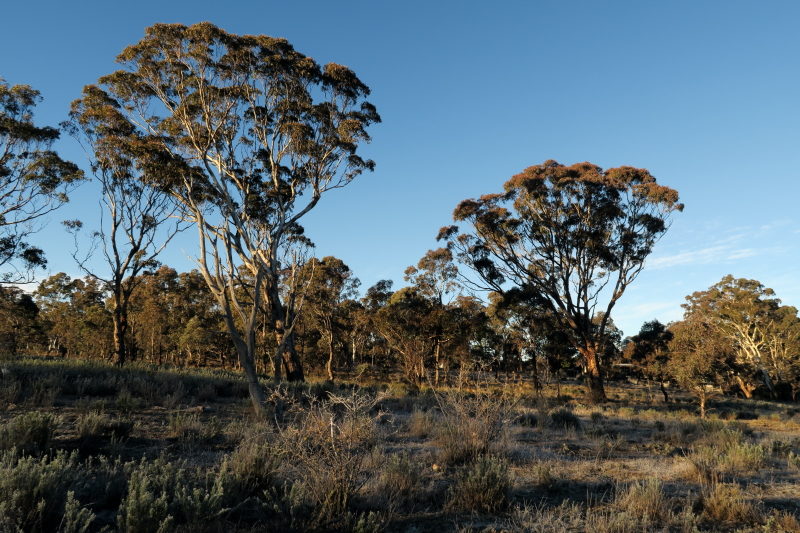 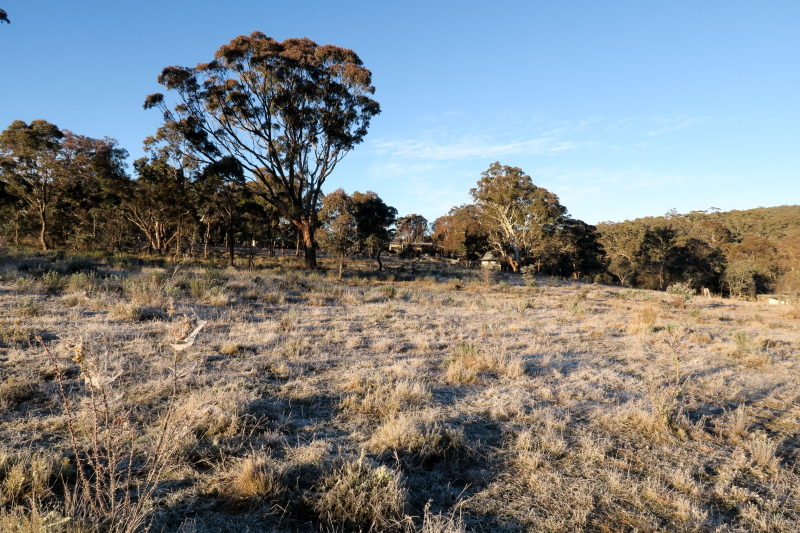 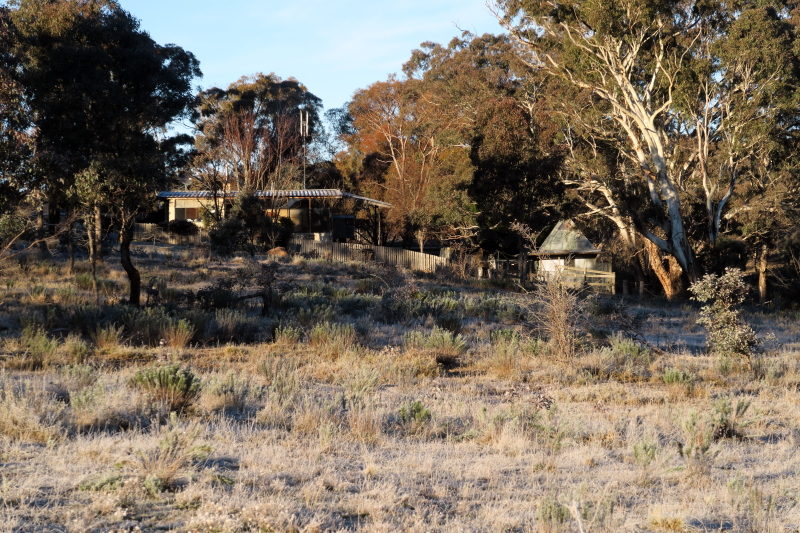 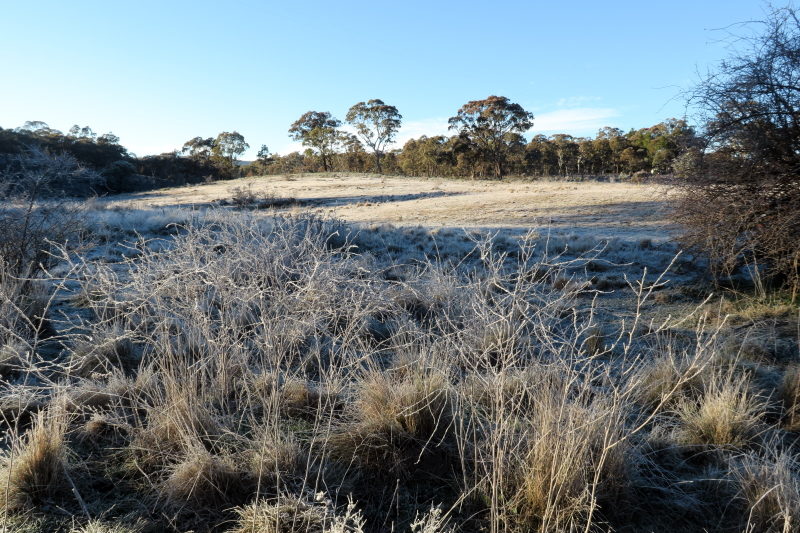 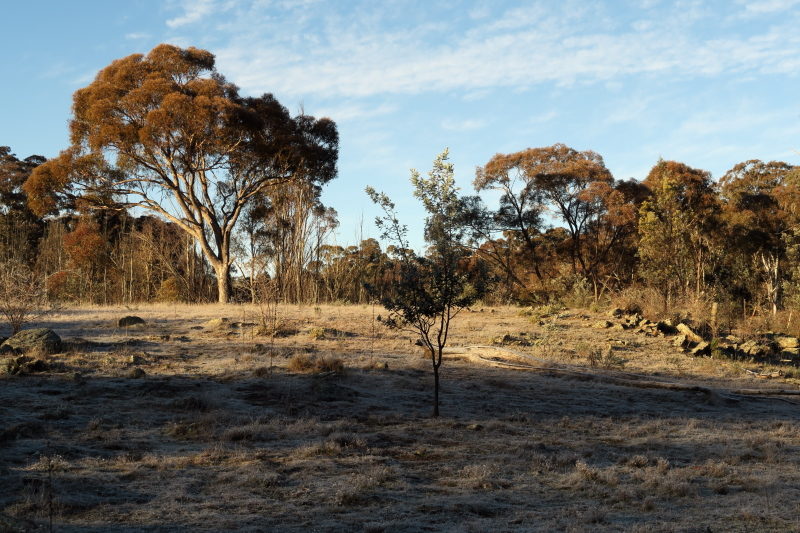 It wasn`t long before the camera battery was complaining and I had walked as far as I could without either my crutches or my breakfast.  It was time for home.  Breakfast really was calling my name…