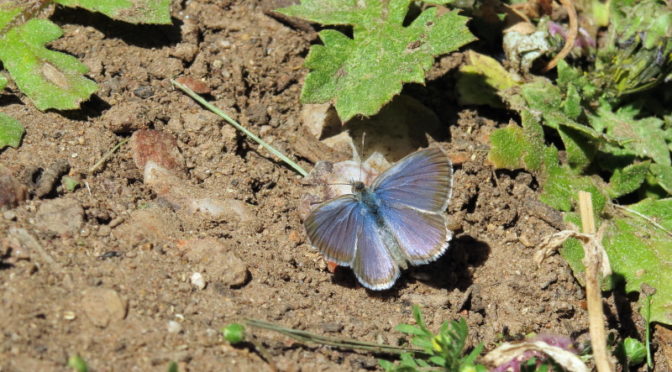 I thought that I would do a post on the butterflies I have slowly been identifying around our home.  I will also do one on the birds, and quite possibly the flowers as well.  Somewhere in between all of that will come what is going on with us and general updates etc….

So, so far I have identified the following butterflies in our garden, from yesterday’s post.

Well yesterday I finally managed to identify and get a photo of 3 more of the butterflies in our garden.  They are harder to photo, chase around or generally just get them to stay still long enough to get a camera lens to focus on something that small it is hardly worth the attempt!  But I have managed it with 2 of them and the 3rd I have identified at least… so here are some new ones for you… though you may need to play spot the butterfly with a couple of them! 😀

Another is the Meadow Argus which is quite pretty  if a touch difficult to actually photograph and as for when it lands on an exposed patch of ground… tracking it becomes almost impossible.

Finally I have found this butterfly which is tiny but prolific in our garden.  It can be no bigger than a thumbnail in size (when its wings are closed up), but makes up for it in their  numbers.  I’m working on what it is at the moment and will update this page when I know. 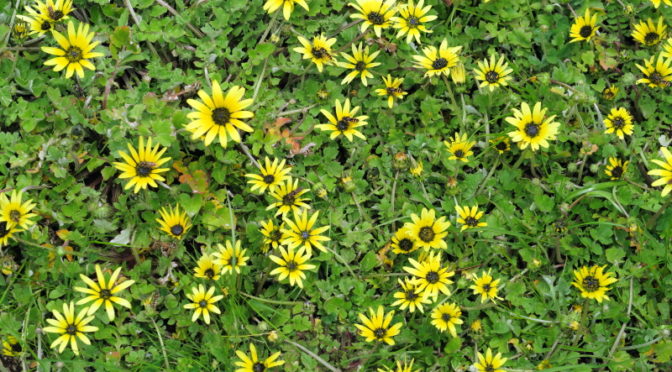 I don’t know how many times I have written this post now but every time I have something has happened.  The web browser has crashed and I have lost everything.  Then there was a period where our internet access was down or it was too slow for anything productive to happen.  Finally, the server that the site is hosted on was taken off line a week earlier than originally planned so that it could be upgraded with new software.  All of this has meant that I have missed and lost so many days and so many posts that I am beginning to think I won’t get it updated and online again…

So where had we got to?  I think it was one of the days Stuart came home very excited and handed me the found and all I could see was what looked like a turd on the road alongside some water on a very small screen… whilst I was hungry and waiting for him to get home for us to have tea.  Yep – that was it. http://www.time-to-act.co.uk/excitement/ this post in fact.  He had found a Shingleback Lizard.

It seems so long ago now.  He has since given me this photograph to identify. 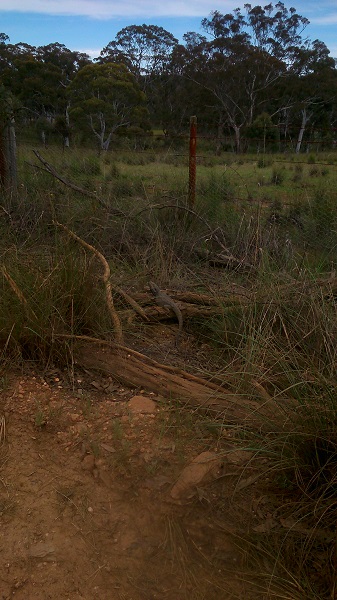 Again it was along our road.  And if you have not yet spotted it, there is a lizard sunbathing in what is almost the exact middle of the picture.  I have edited it to give me this, but even so.

As you can see, it is still not much to work with.  I think it is a dragon but it is still anyone’s guess at this stage.

So what else?  These have turned the place yellow.  Instead of a lawn, we have a yellow field which buzzes with the sound of hover flies and bees all over these Cape Daisies. An ornamental flower allowed into gardens decades ago and guess what?  It liked it and spread and spread and well it seems to grow everywhere.  The only good news about it, other that the bees and hover flies loving it (which is good for the environment in that sense) is that it holds water in the soil around its roots which means worms and digging them up feeds the chooks.

And we have plenty of them to dig up.  They are everywhere.  Oh and the butterflies rather like them as well. 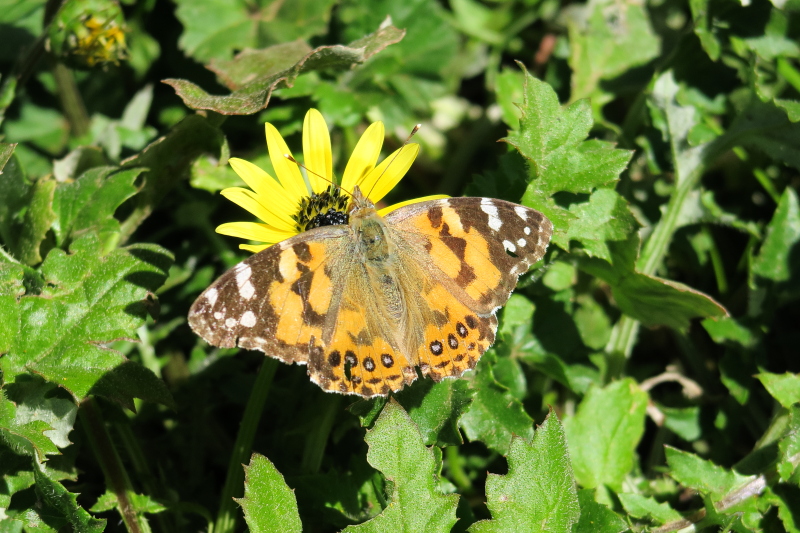 I believe that this is actually the Australian Painted Lady butterfly (Vanessa kershawi) given away by the fact that the global Painted Lady (Vanessa cardui) does not have the blue in the spots along the bottom set of the bottom wings.

We also have at least 3 other species of butterflies in the garden at the moment.  So far I have identified 2 of them (I think!) but have yet to get any decent photos of them.  We have the Yellow Admiral (Vanessa itea) which looks like this.  This is not my photograph but one nicked from the internet (cough).