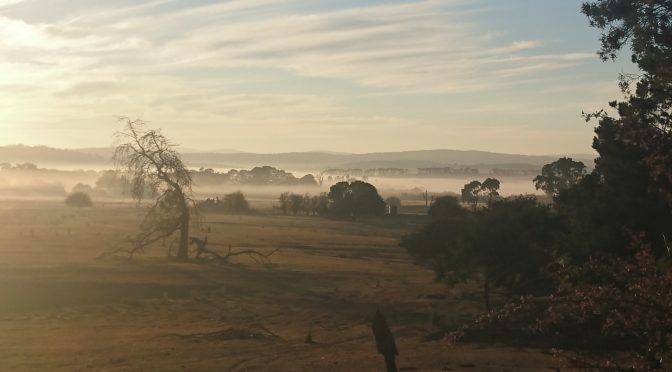 Stuart and I both had to go into Canberra this morning, so we were car sharing again with Stuart getting the coach on the way home. It’s significantly cheaper than taking both vehicles into the city even taking the extra 20-25km I need to drive in the evening to pick him up from the Federal Highway. Plus my vehicle is off the road at the moment. One of those “oh shit” moments driving home on Wednesday when there was an almighty crash immediately above my head. The ear hurtingly loud type inside an enclosed vehicle. I didn’t stop because it was actually raining at the time (we had 4mm in the space of a few minutes, then it upped and went elsewhere again). I drove home very gingerly to find that the 4×4 wide double LED strip light was held on by just one nut. The one on the driver’s side having decided to leave the vehicle in favour of a muddy dirt road. 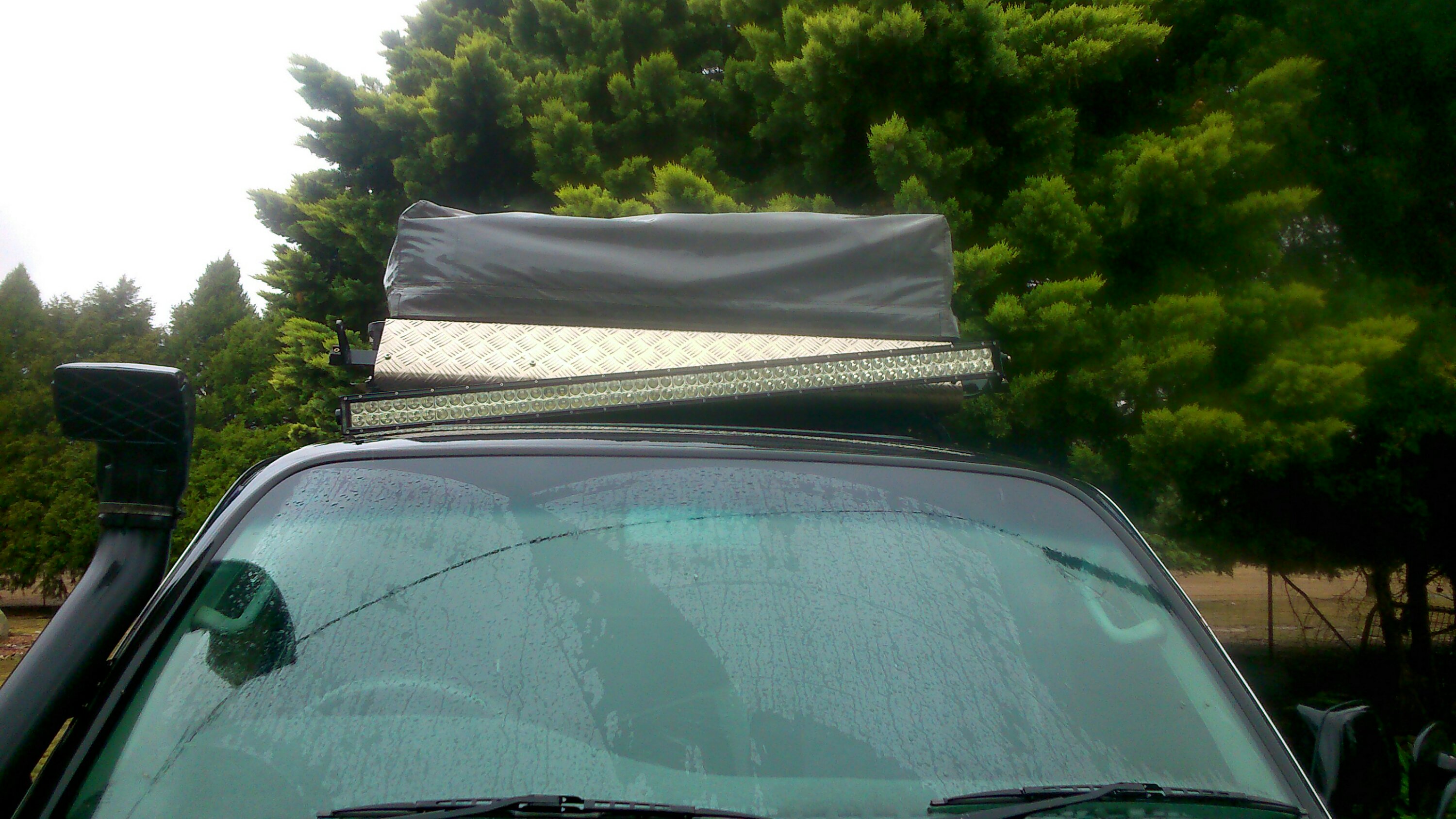 It’s not meant to look like that. Good thing that I drove the rest of the dirt road very gingerly. 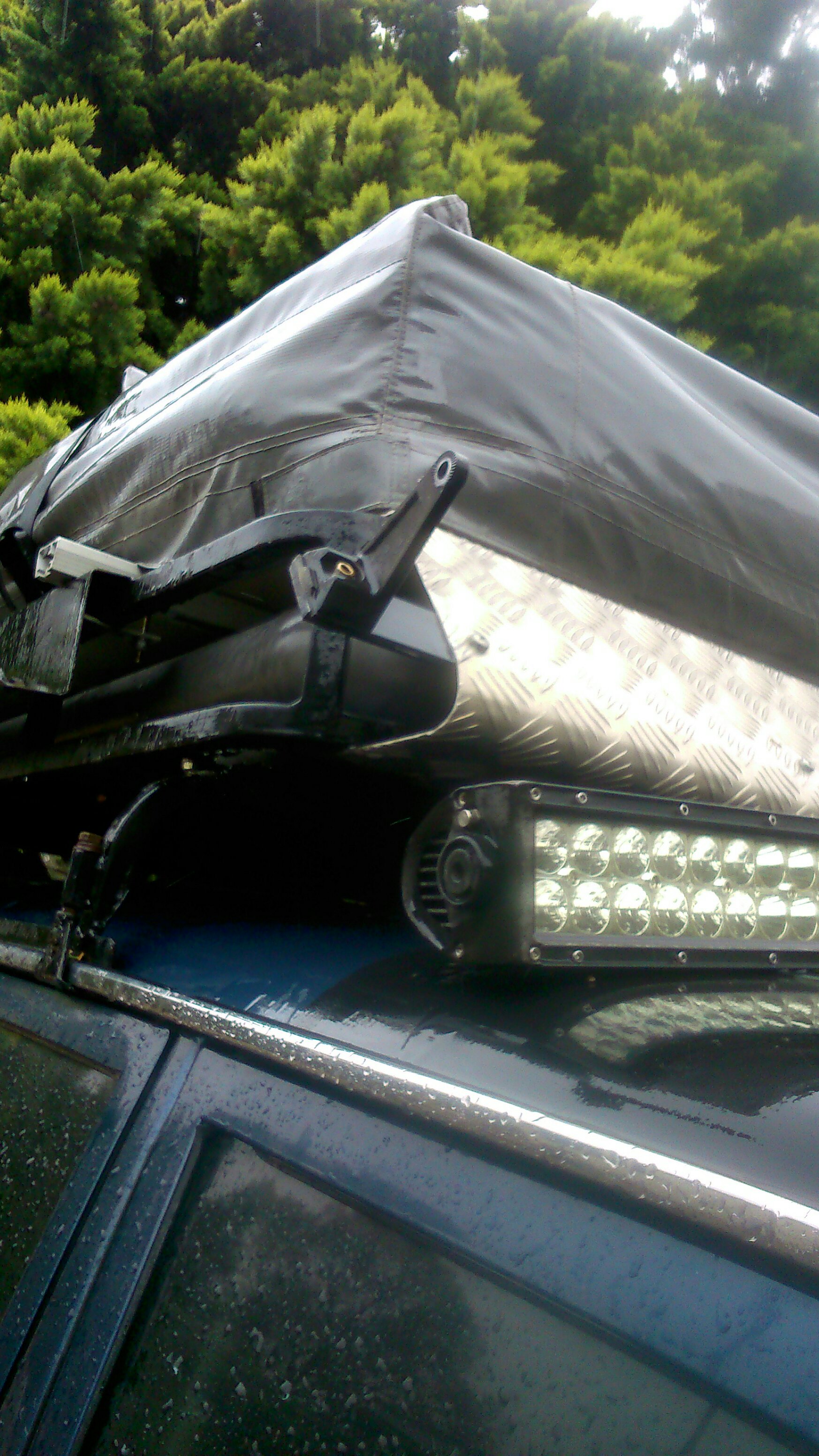 It literally bit the outside of the roof immediately above my head. It’s also very heavy.

So the week has been busy again, very busy. Lunch out one day because we were caught in town together (shown above). It’s still plenty warm enough to sit outside during the day. So we did. It was a comfortable temperature. 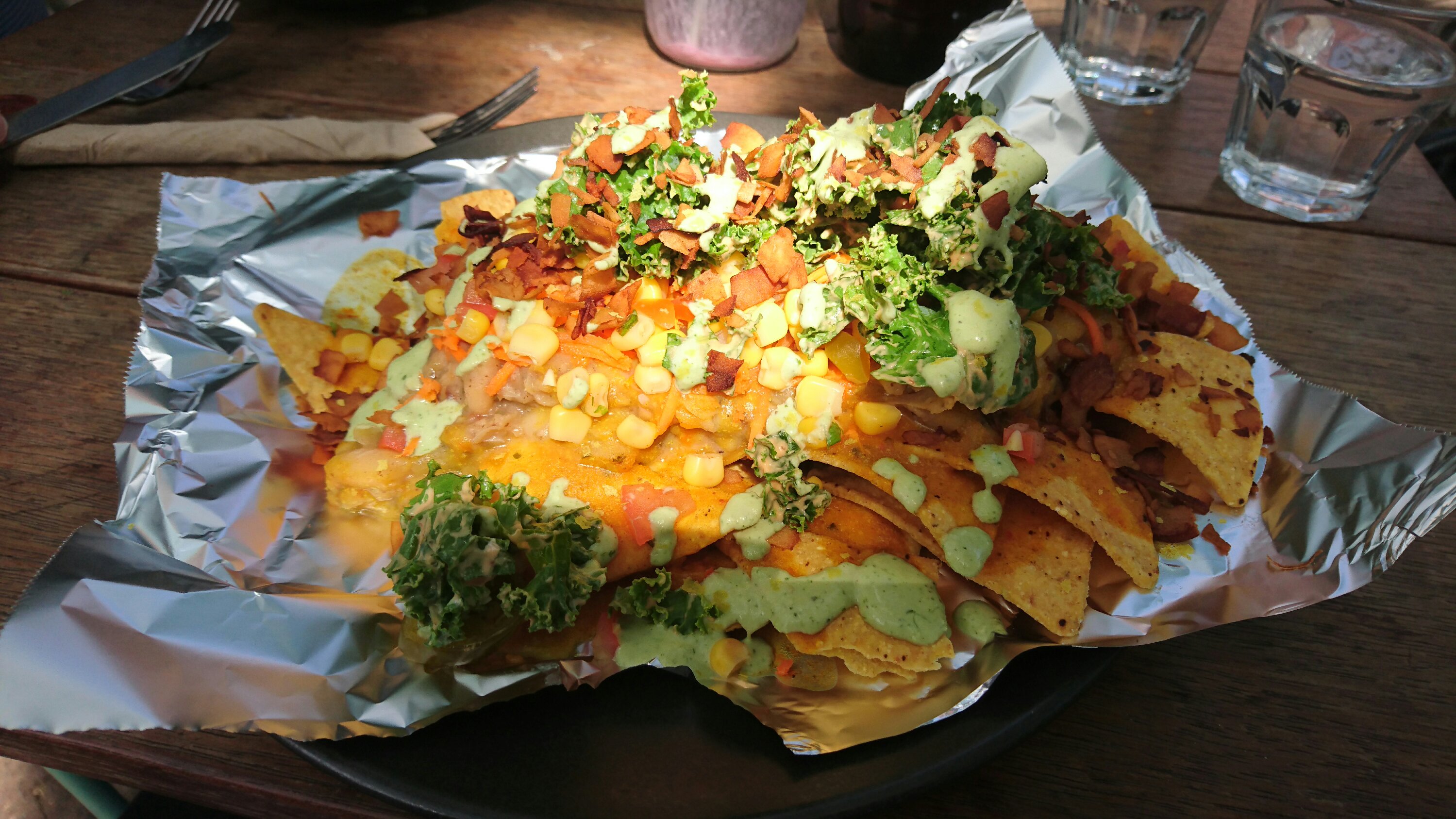 My nachos from Sweet Bones. 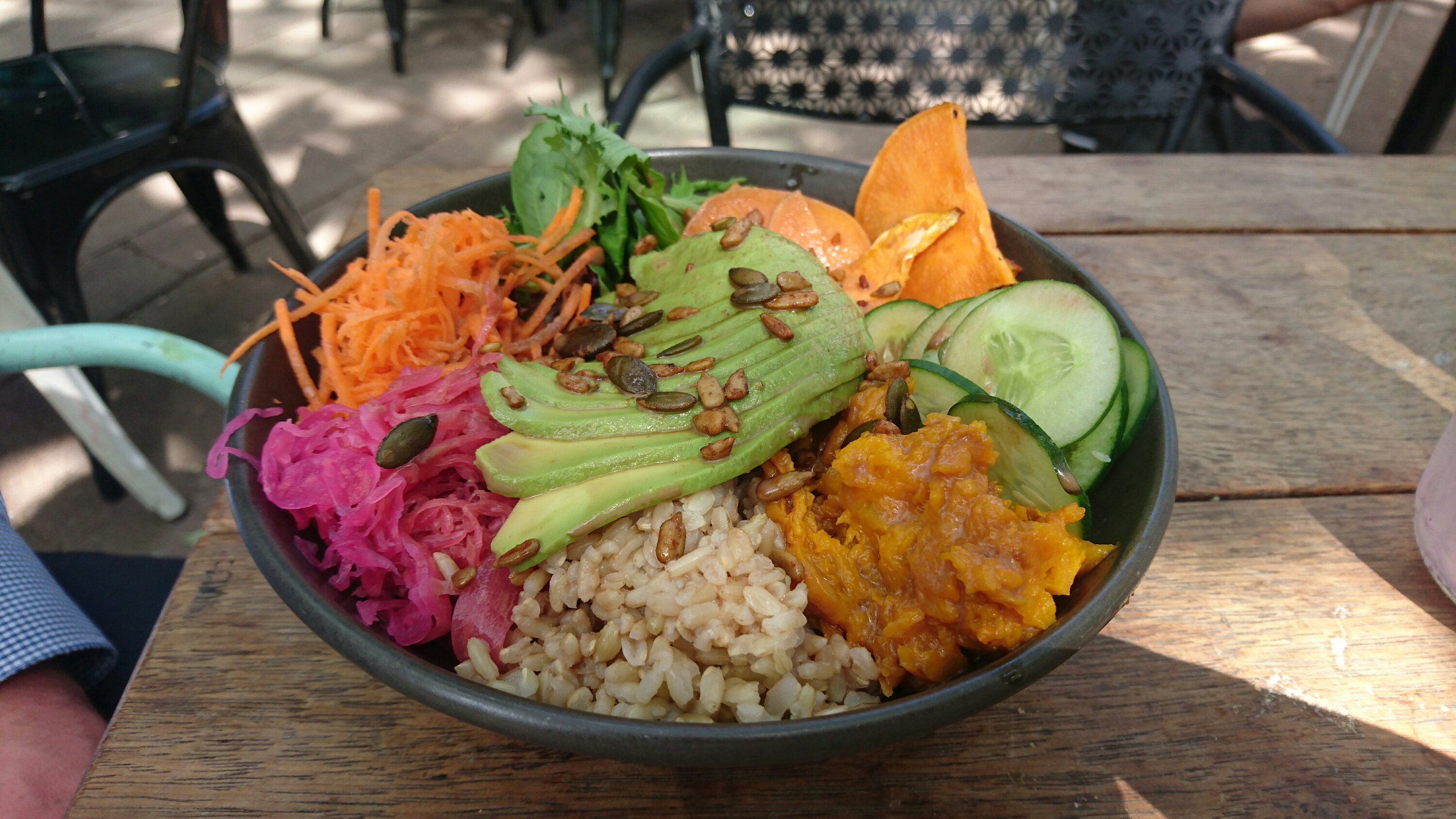 The same can’t be said about the temperature first thing in the morning and we have taken to having most of the windows and the front door closed during the night. A couple of times this week, I’ve managed to keep the windows open all day because it’s now cool enough to do so. Several overnight temperatures have been well into single figures this week, (below 6°C). Autumn has very definitely arrived.

I’ve also spent the week making things with figs. We’ve had a glut of ripe figs. Last week I was picking 3 or 4 kg a day of ripe figs so I’ve been playing and have made some fig compote and fig molasses amongst other things. I now have a 1/2 l container of very thick fig molasses that still has some fig pureé in it because the sieve used was too coarse and the pureé to thick. The second batch I made I used a lot more water initially and a much finer sieve. The result is 1L of thick, smooth, dark brown fig molasses. Both taste fantastic and I can see breakfast of tahini mixed with fig molasses (normally grape molasses) spread on bread. It brings back memories for Greece and Turkey. 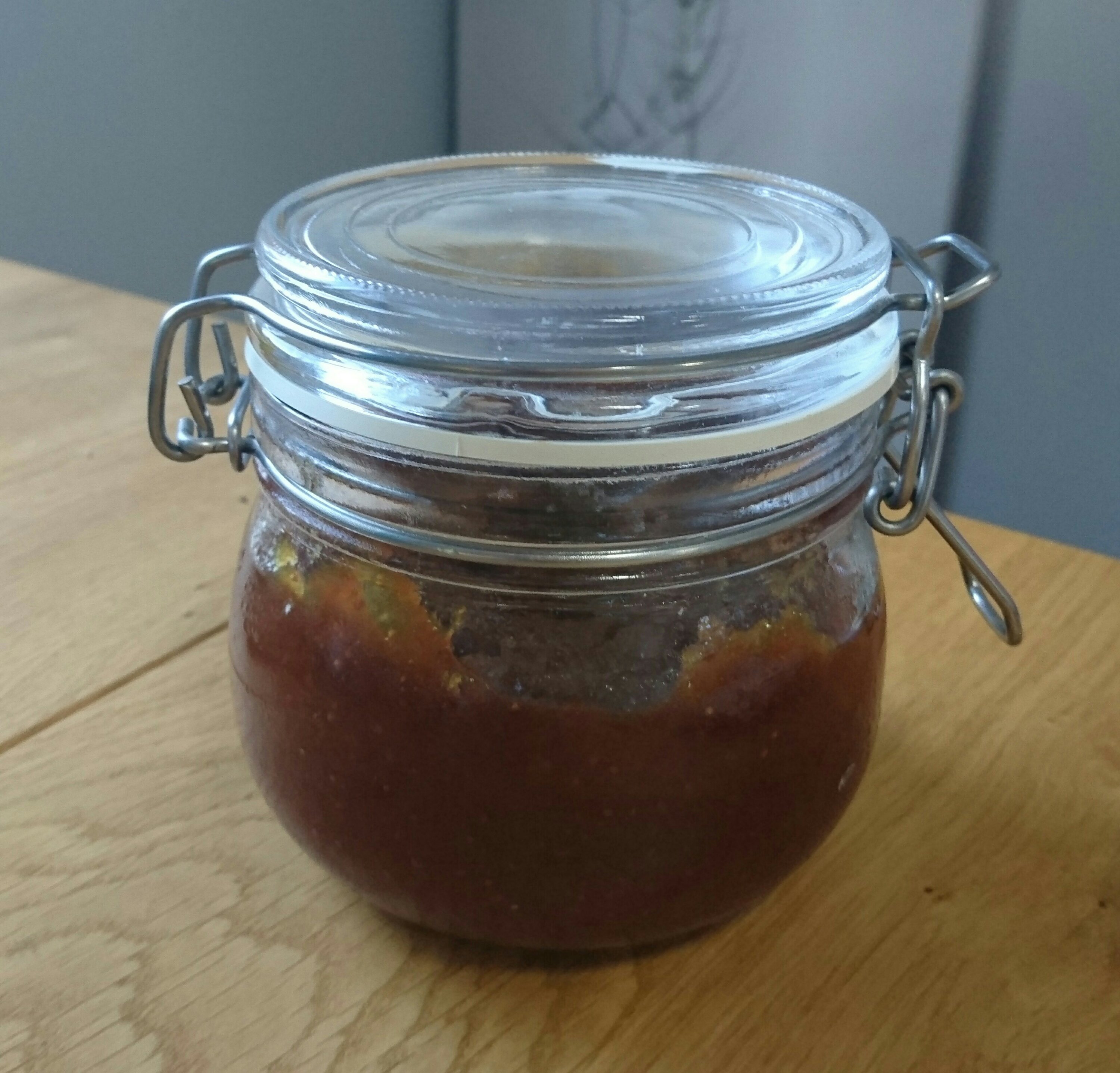 Shrove Tuesday meant one thing and one thing only. Pancakes. 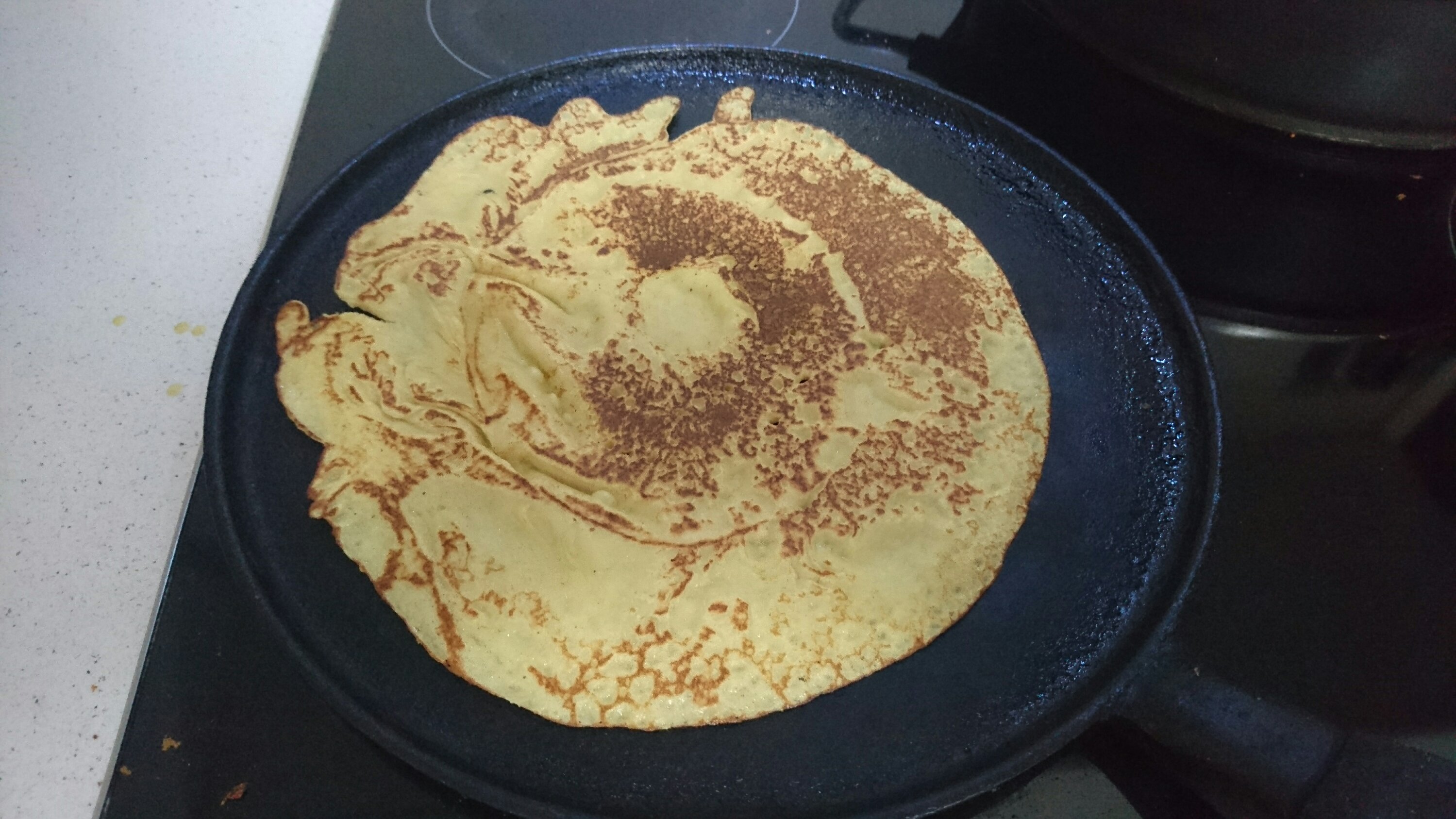 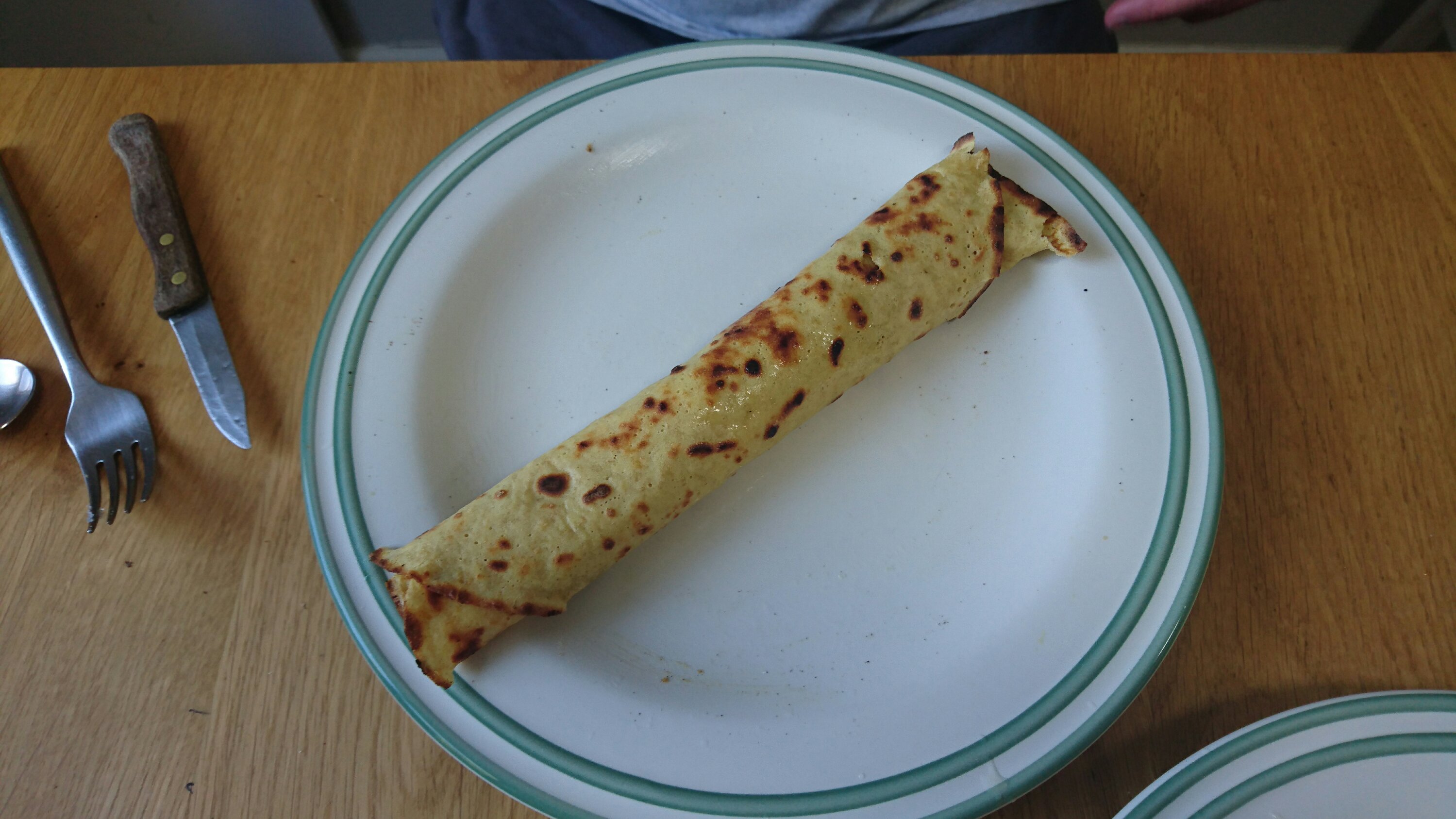 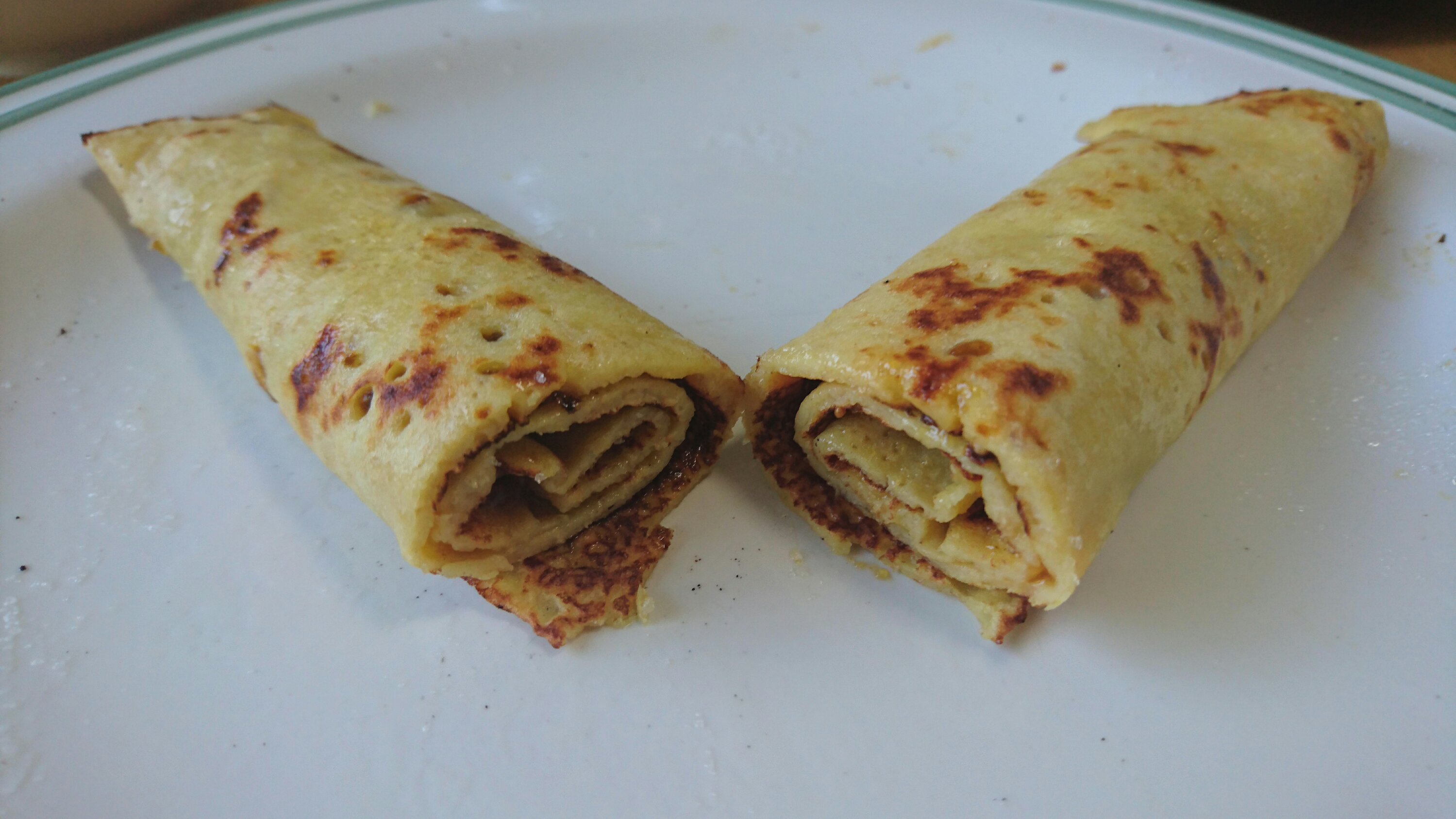 So what news on the grapes? We have 3 small bunches that are all ripe. We’ve left them on the vine until now because a few were not ripe and because of the dry weather (is currently raining outside unusually) the grapes are very small but absolutely delicious. We’ll pick them tomorrow morning just before we leave for a week’s holiday and Stuart’s birthday (it’s a big one this time but don’t let on that I said so). 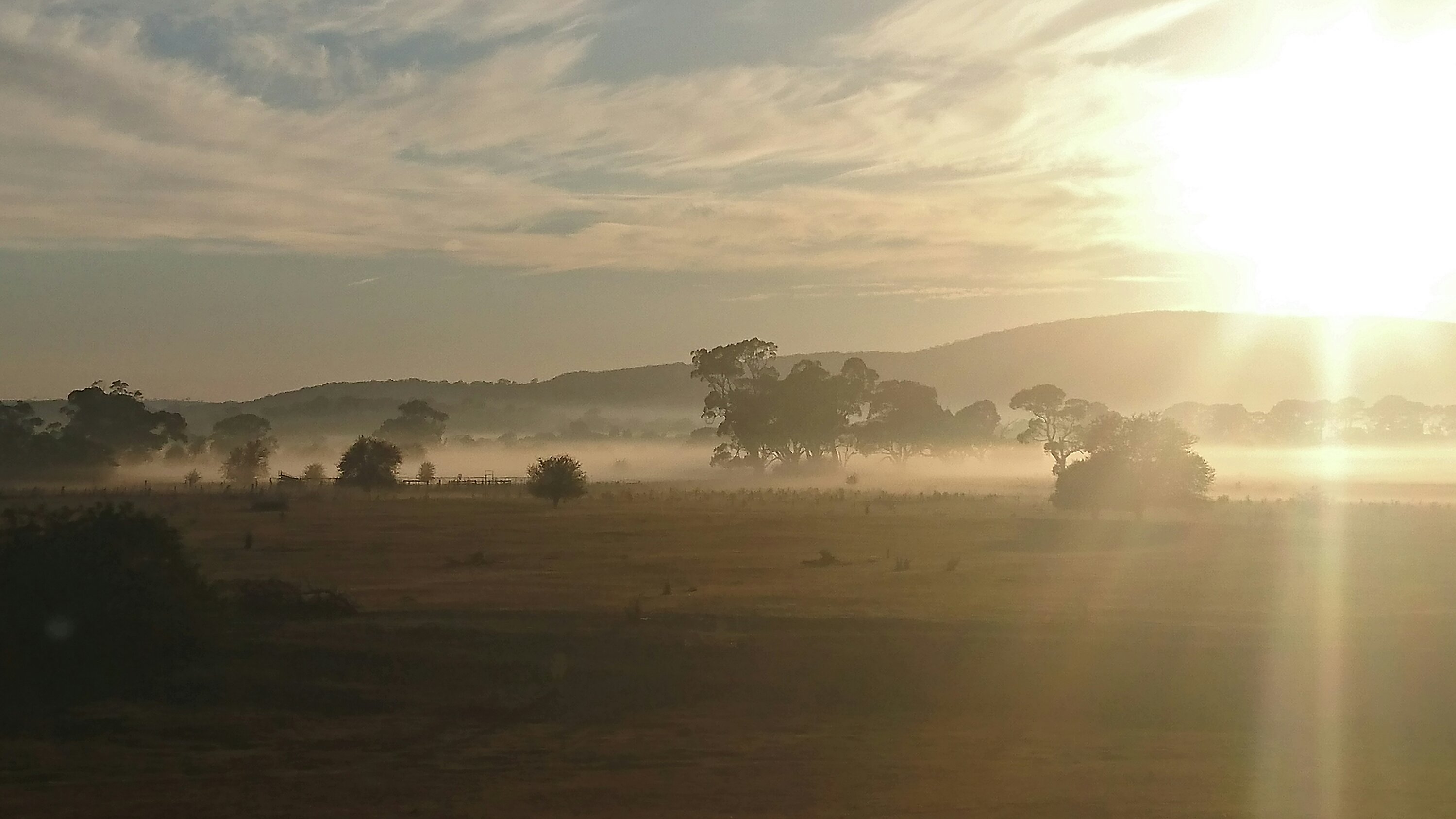 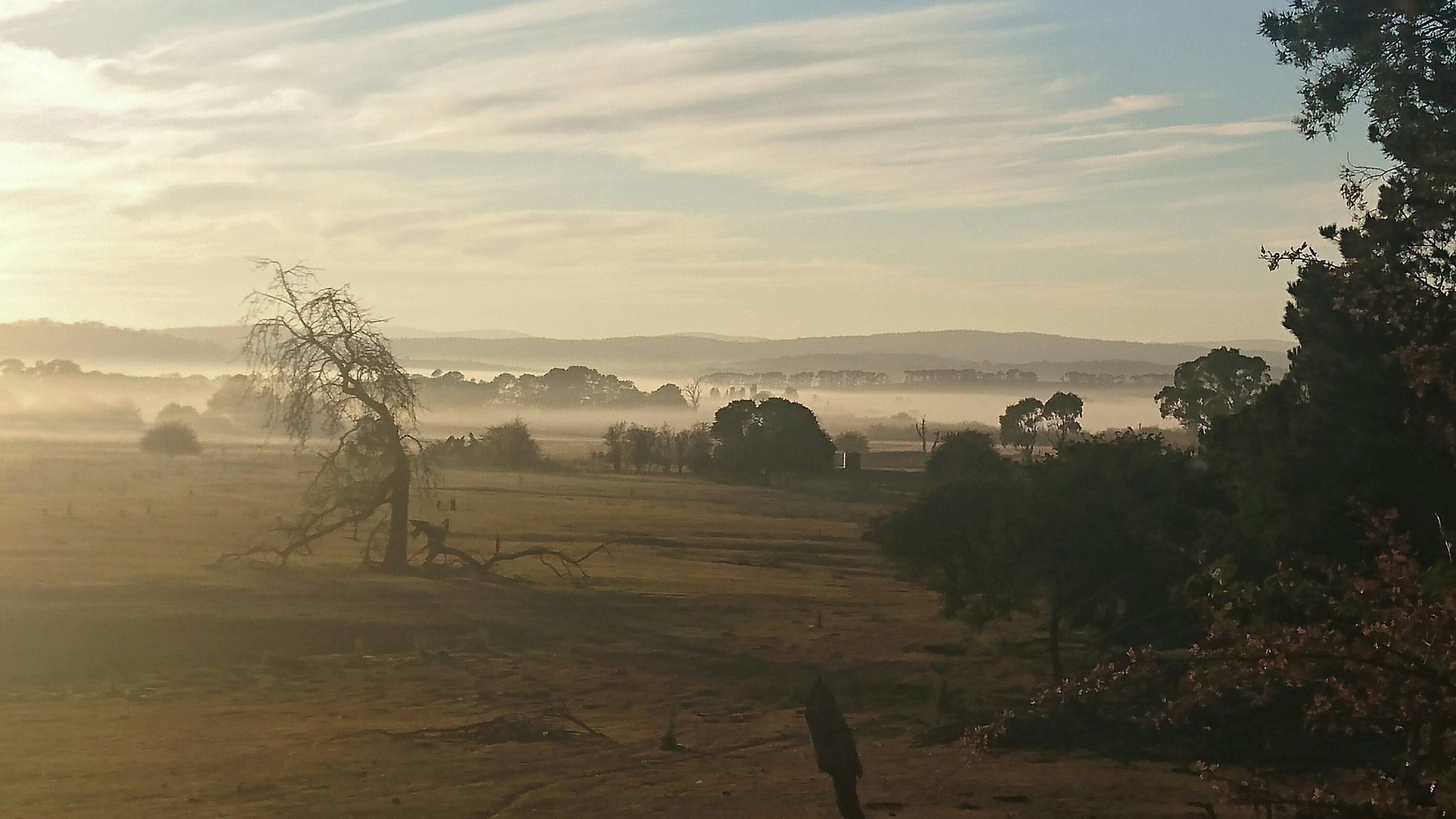 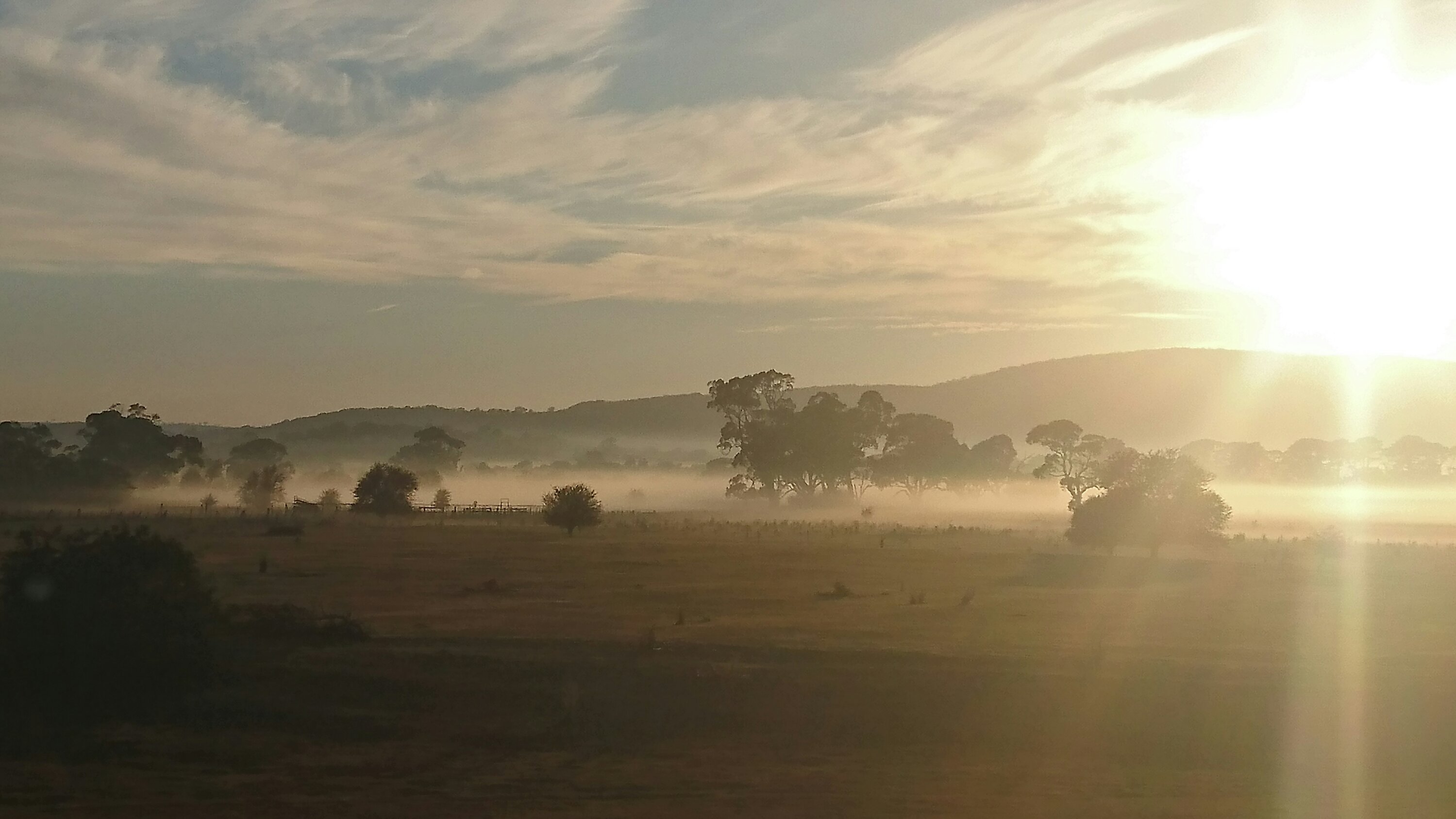 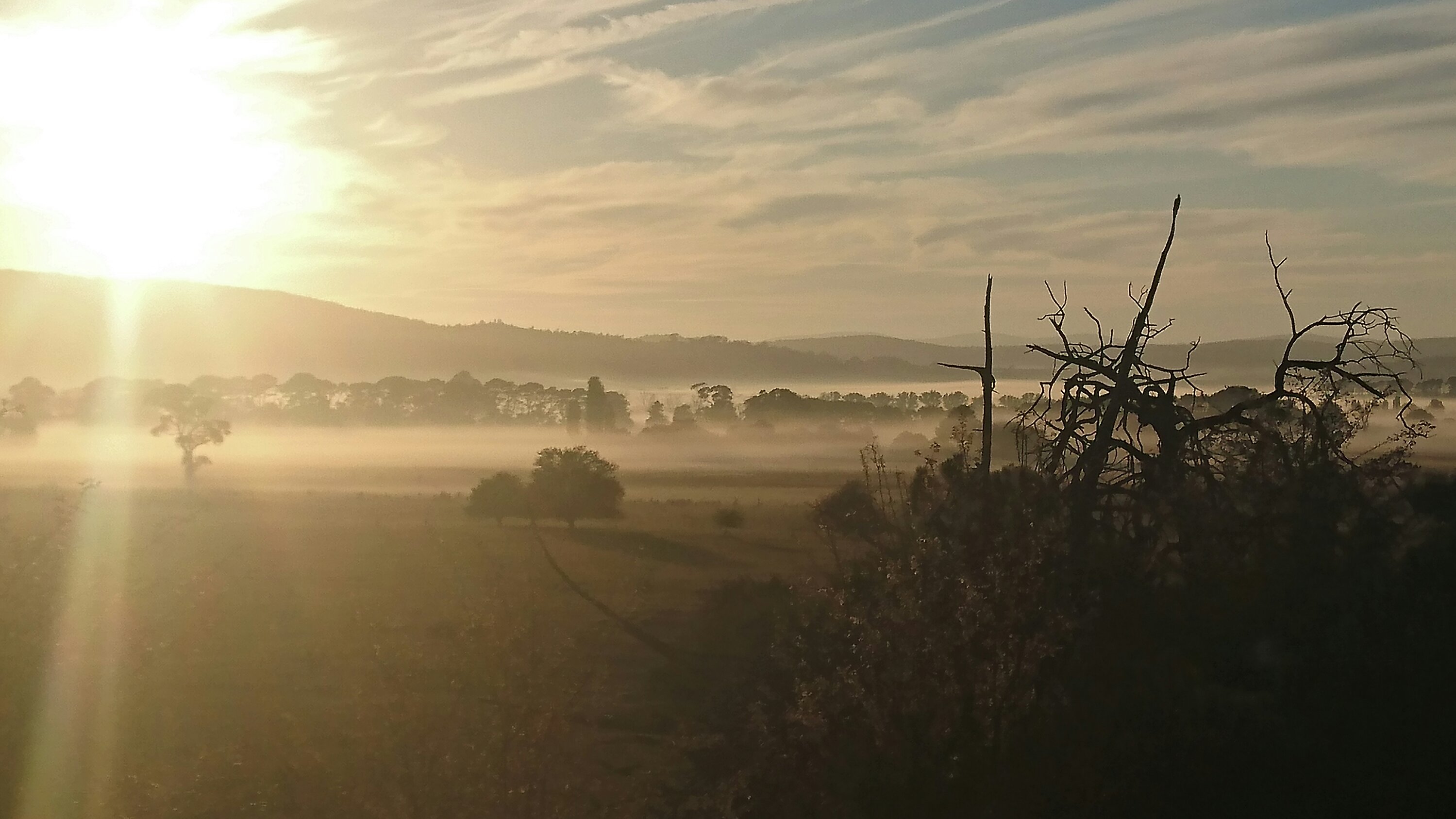 I took these on Stuart’s mobile phone yesterday morning. They really don’t do the scene any justice at all. But I didn’t have any of the old cameras in the car. It’s too hot in the summer months to keep them in the dashboard because it gets too hot. Mobile phone, tablets and the likes will all turn themselves off complaining about the heat long before its anywhere near as hot as it’s going to get. I was cursing that I didn’t have a decent camera with me.

Well that’s pretty much it for this week. I need to do a quick check to see if I mentioned a visitor I spotted close to my foot the other night. It’s slippers only for the moment until we know we don’t have more of them. Nope, I haven’t mentioned it. We had a marbled scorpion in the house! 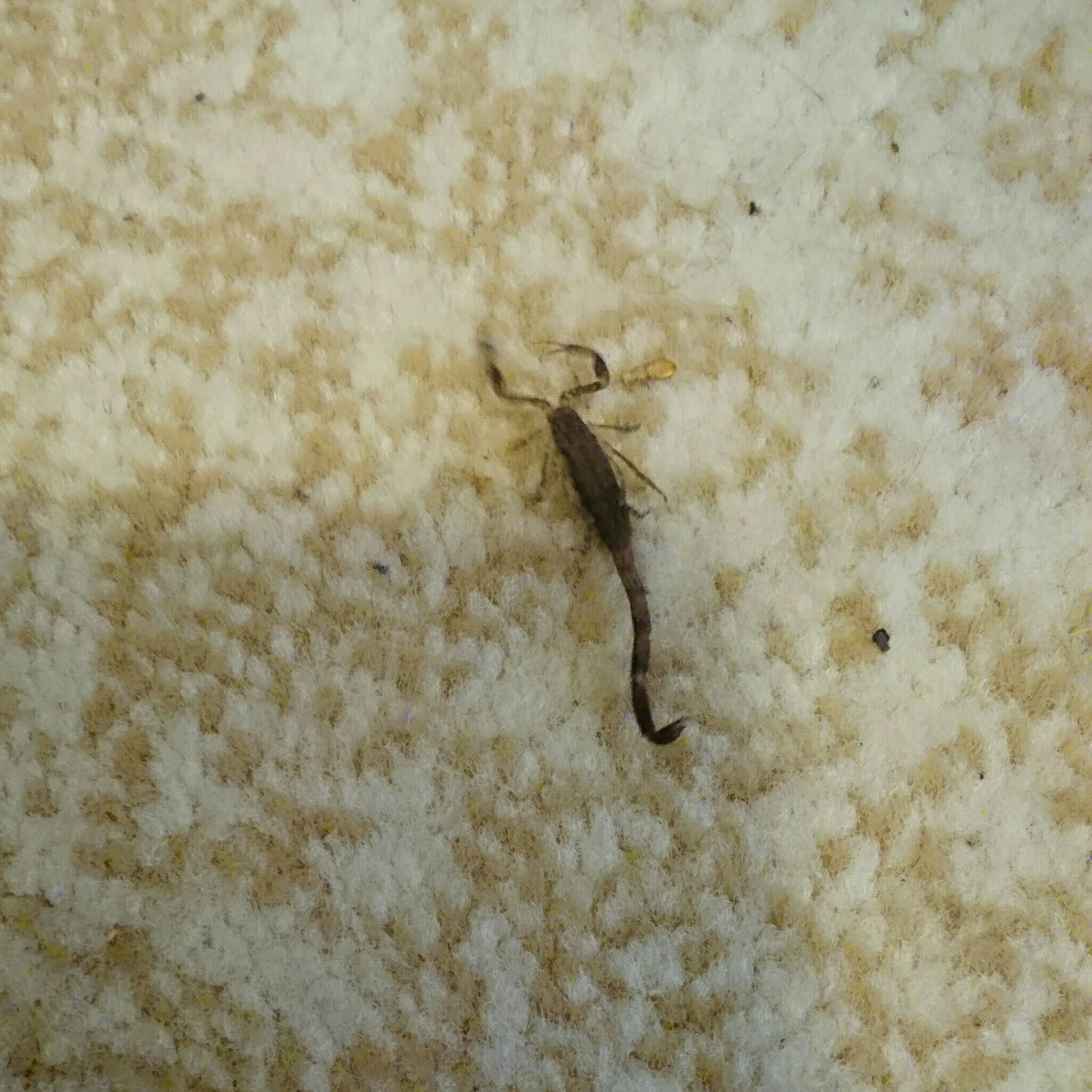 And finally something pink. Not for me and I found it quite difficult to knit actually because I don’t like the colours. Well I like the purple, just not the pink. It’s for a friend at rehab. We were on the ward together with inpatient rehab and are now together in outpatient rehab as well, so I’ve injured get a custom sized lap blanket designed to fit her wheelchair. I’ve just got to block it now and make a suitably bright bag to give it to her in. 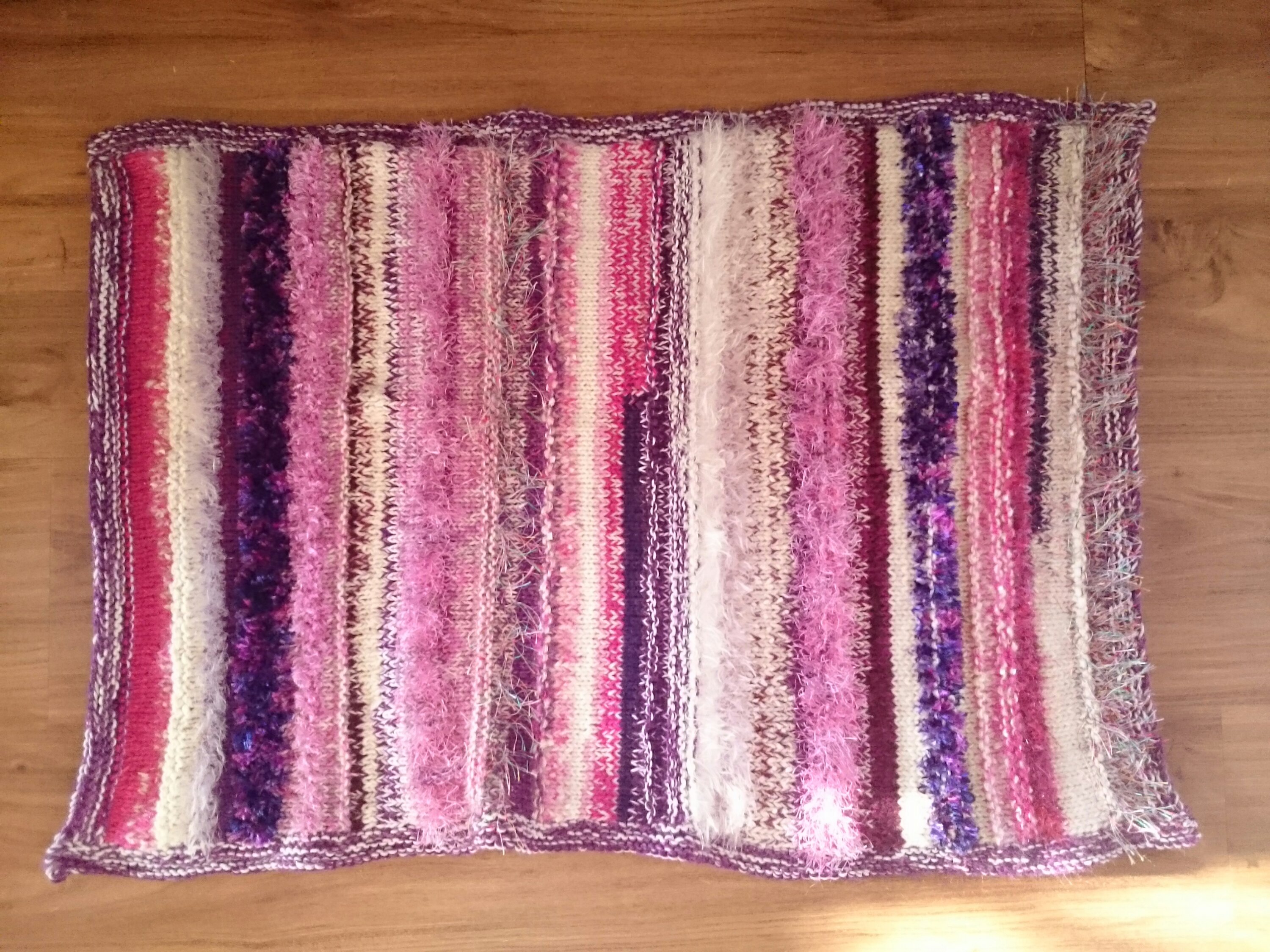 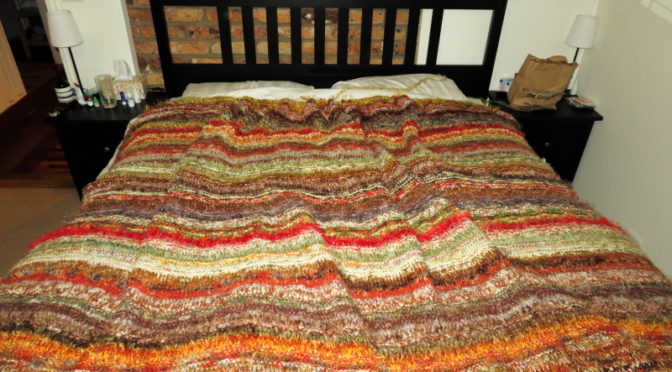 I would just like to say that 400 stitches was probably one or two too many. 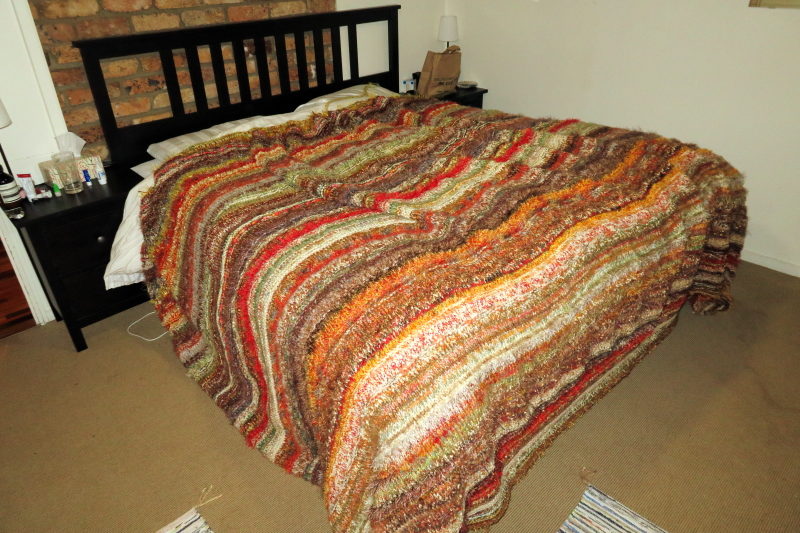 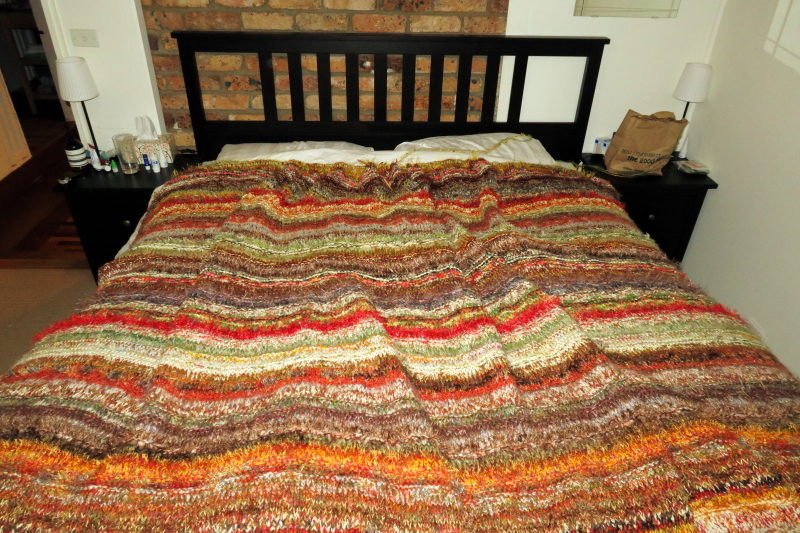 However, I still have around 18 inches or so to go on the length of the blanket!

Once done, I’ll start on the 6 foot wide version and settle for a sensible 200 stitches wide!  We would like a matching coloured blanket for the sofa.