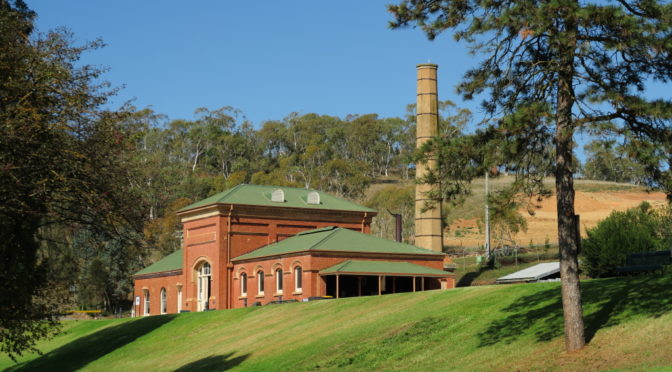 The end of Stuart’s annual leave, back in March, saw another visit to the Australian National War Memorial in Canberra.   The weather, well it was wet.  There was one of these sudden storms.  They are the sort of storm that when you arrive in Canberra you question the size of the storm drains (big enough to drive through/in) and then you get one of these storms and you no longer question their need…  We were inside the Old Parliament building when it started.  You should be able to see the National War Memorial/Museum and a mountain behind it.  We stayed put until it eased a touch.

This is what we were able to see once we got to the Australian National War Museum… Looking back at the Old Parliament Building. 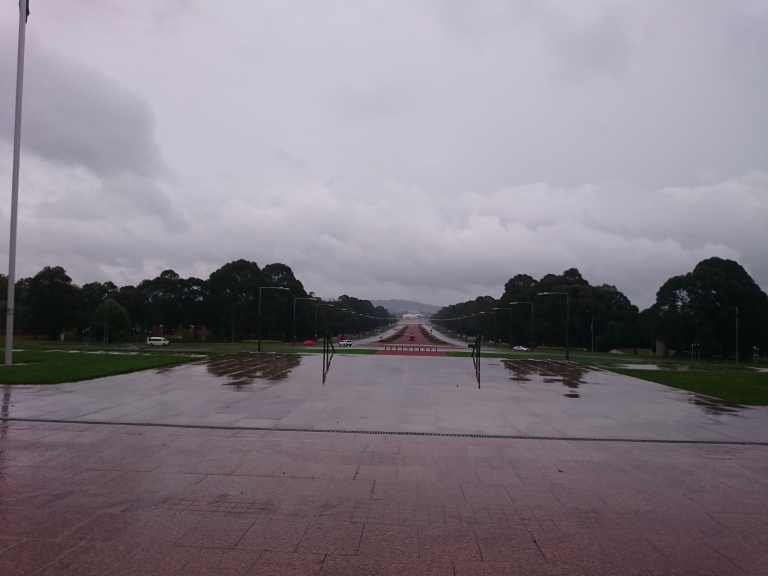 A few shots from inside…. 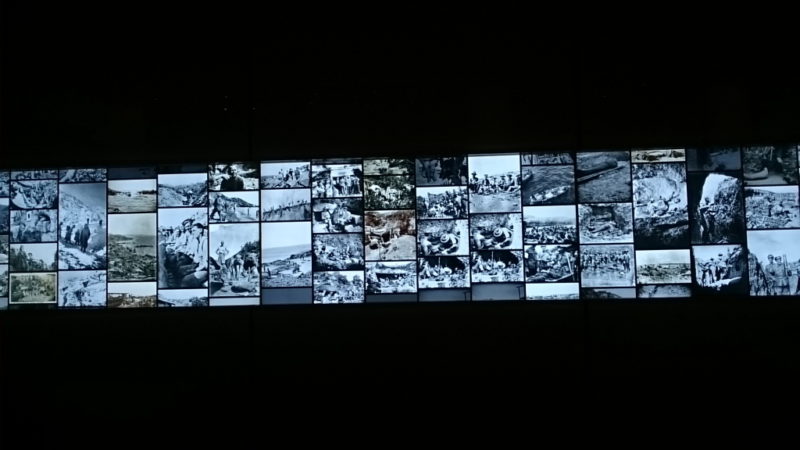 The First World War and the Western Front.  Some of the displays. 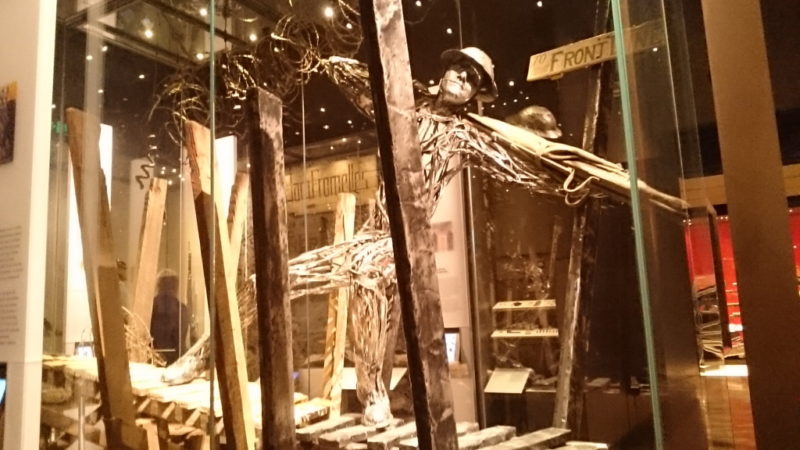 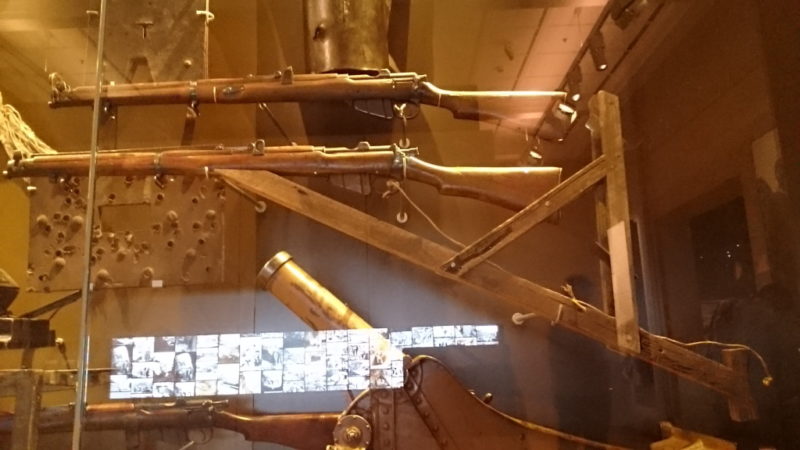 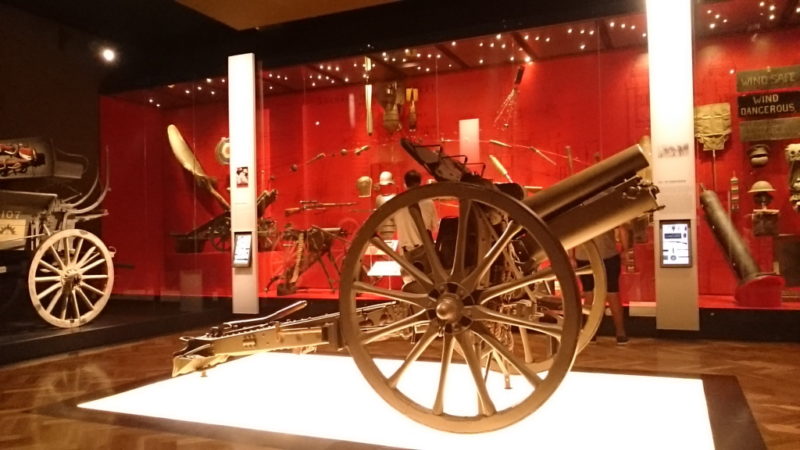 The uniform of Matron Wilson along with her medals. 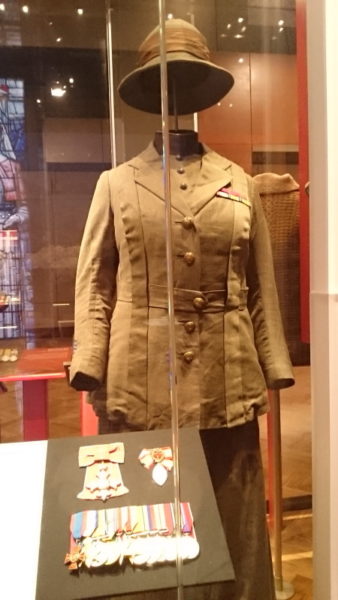 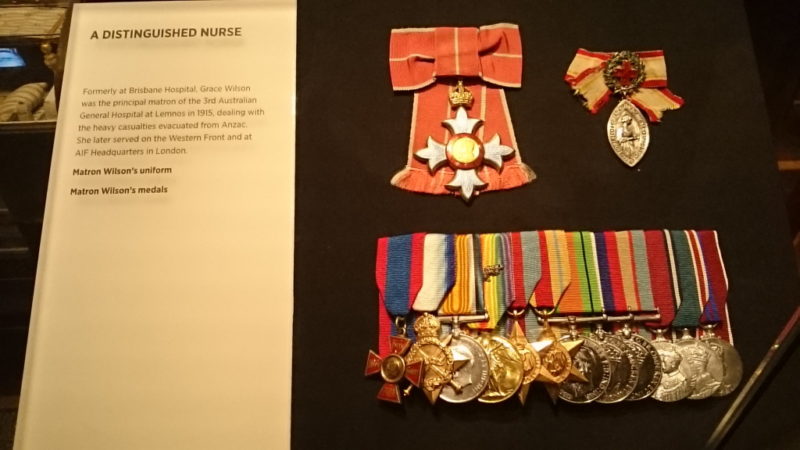 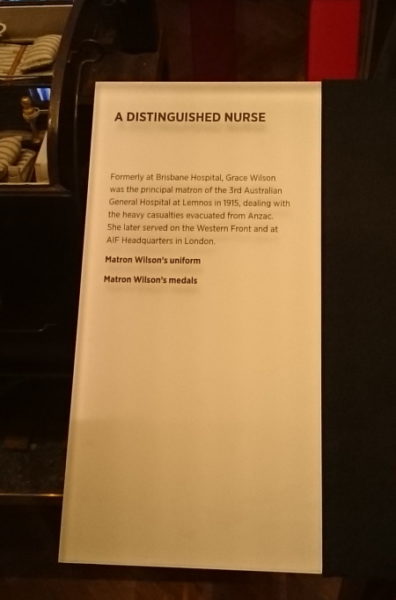 The Autumn has also seen a visit to Goulburn Waterworks Museum, somewhere where I think Patrick would love even though getting around it is not as easy as it could be (though on the whole you don’t need to climb down into the pit…)

We took a slightly different route from normal to Goulburn, going via the equivalent of A roads rather than the dual carriageway.  Along the way we were treated to some really nice Autumn colours though I’m not sure how well they came out in the pictures, sadly.

But first we stopped off in the town for a coffee.  Stuart was needing one.  This is Stuart’s “oh hell she’s at it again” pose!  Don’t ask. I have no idea and neither will he!

Stuart was able to have a muffin and whilst the café did soya lattes they didn’t do anything without dairy in it in the way of things to eat.  I got the standard “we have gluten free” line and nearly let rip that yet again, dairy and gluten have nothing in common.  Stuart intervened.  I think he finds it as annoying as I do, but people are so uneducated when it comes to things like this.

🙁 nothing but coffee for me and tbh, I didn’t even finish my latte.  It was awful. 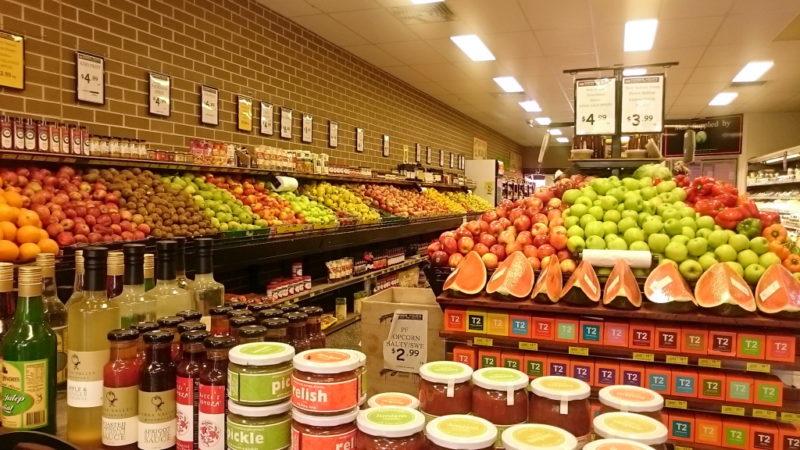 The shop reminded us both of Secrett’s back in Milford!  And they had a reduced section where I was able to pick up some local olives for $4.  They also did the local olive oil as well.

And as with Secrett’s, the prices were on the high side of life.  One thing I did see that I have not seen before though was Allspice berries.  I have only ever come across Allspice in ground form before. 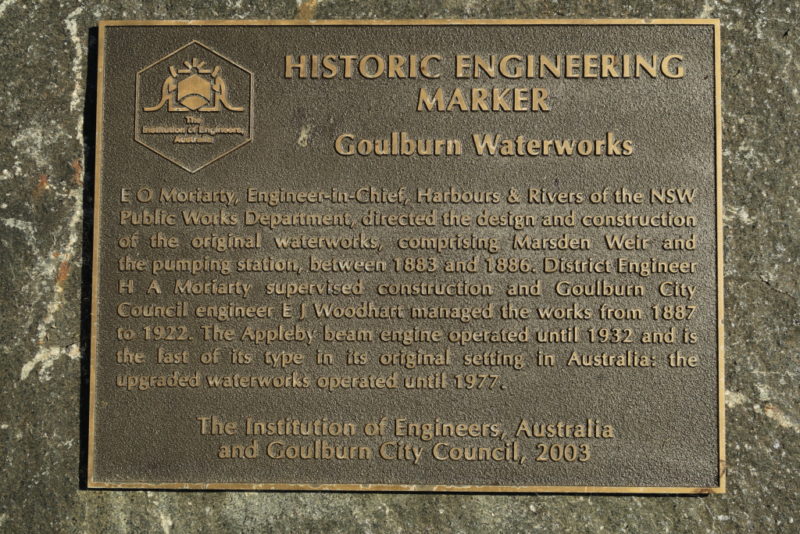 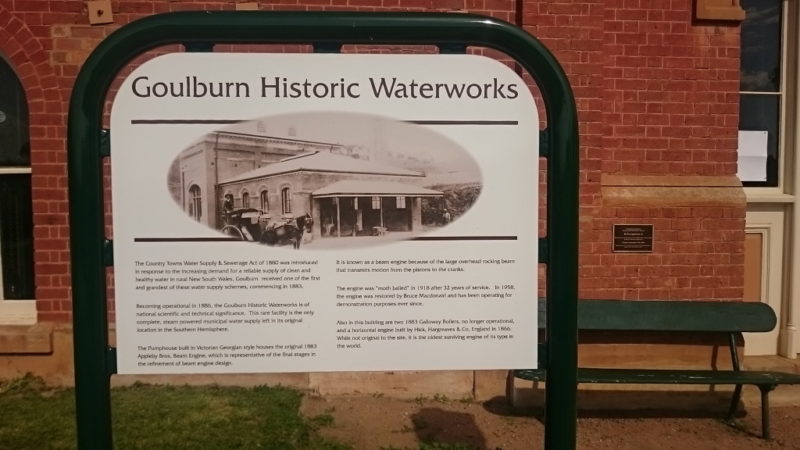 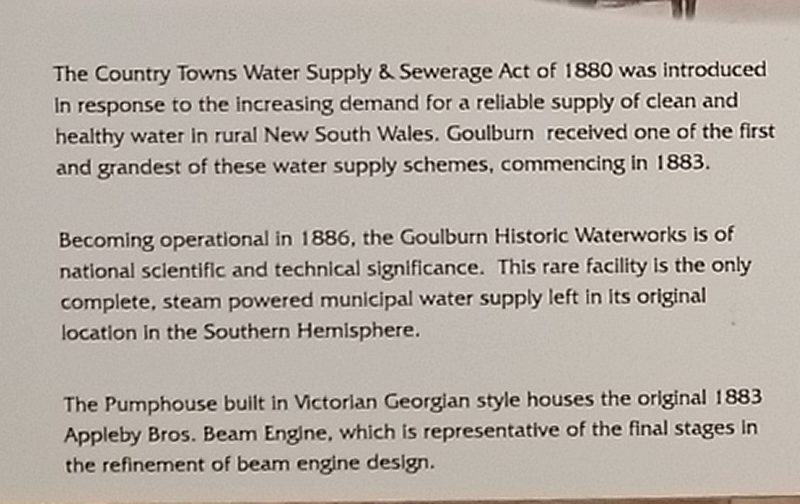 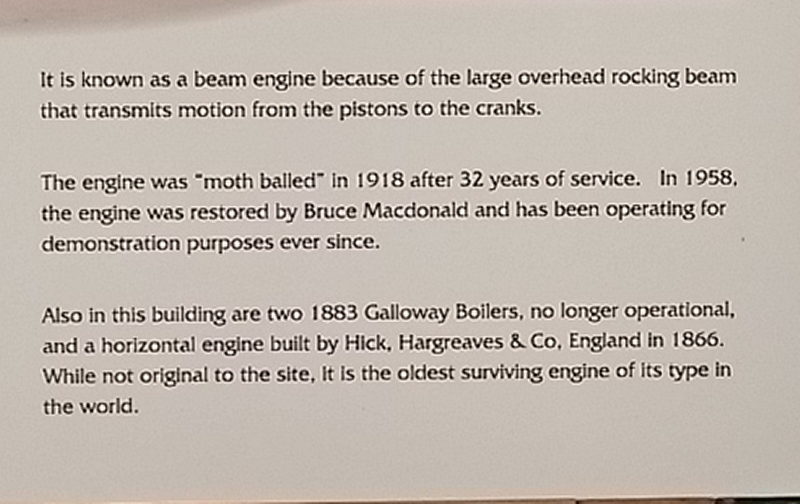 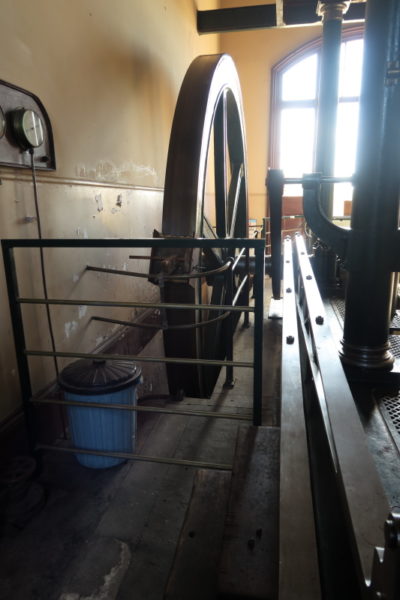 It had been fired up the day before (we went on a Monday) and was in the process of being cleaned which was great because we got to talk to one of the volunteers whilst it was really quiet.

There is some amazing detail to be seen in even the ceiling!  True Victorian attention to detail!

These are the original horizontal boilers.  They are sadly no longer safe to use, and have been replaced with a vertical boiler. 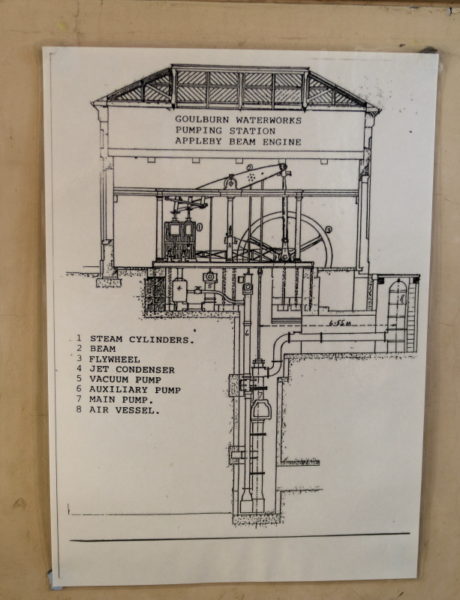 Not part of the pumping station, but on display (and functional) is the Hicks Hargreaves Horizontal Mill Engine. 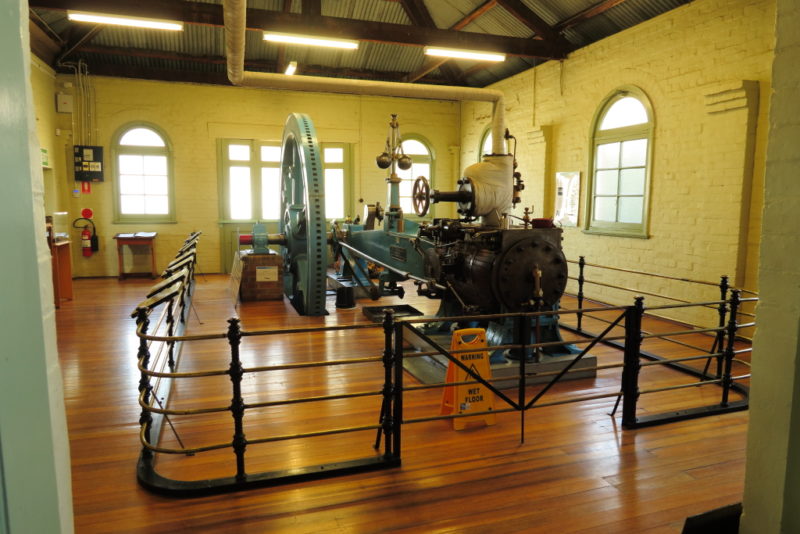 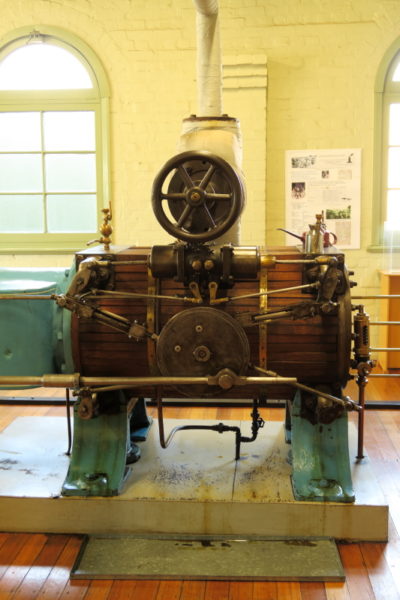 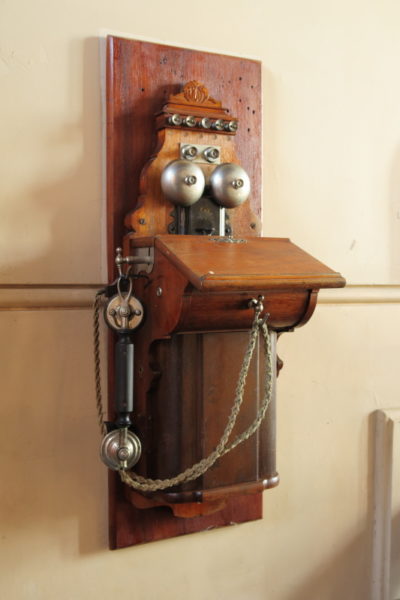 The Original Telephone used here at the waterworks. 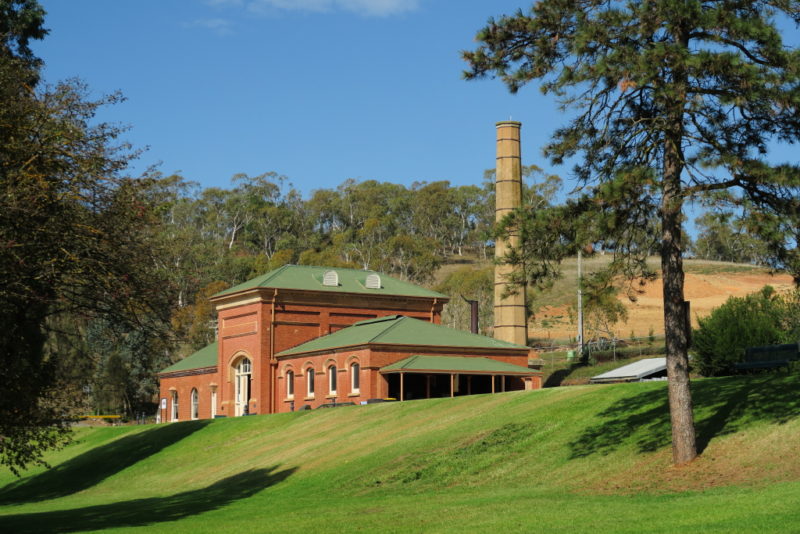 I’ve done the information boards as a gallery so that they don’t take up a huge amount of space.  If you want to read them, please click on them (or touch them) and they should open up into a larger view.

It was an exhausting day out, but very enjoyable and took us to a town that we hadn’t been to before.  Goulburn is also the centre of the local woollen industry here, and happens to have a railway museum so we are likely to return there.