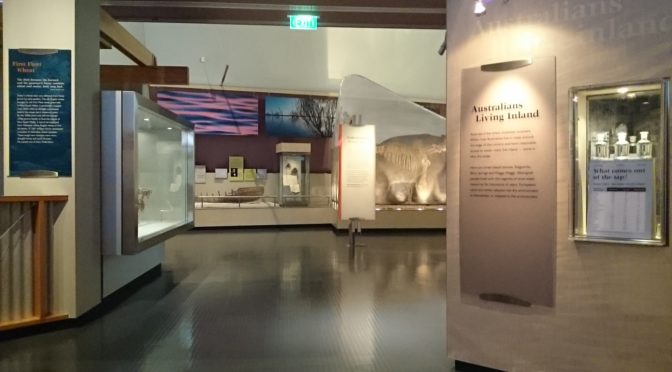 The last 2 weeks have been Stuart’s holiday.  Or at least they were meant to be.

They started off OK.  We had plans of going away, overnight in the tent, overnight to Sydney having gone by train.  an overnighter with Julia and her family, plus day trips to various museums and towns.  They were planned out, actually given dates and worked out with rest days in between.

But like all plans, they changed when life took hold.  So I will start at the beginning.  With the start of Stuart’s holidays.  The Saturday and Sunday seemed to vanish under a list of jobs to be done.  Lost like most weekends to the mundane side of life.  Lost in a myriad of things that needed to be done.  It has taken a while but I have finally remembered at least what Stuart got up to.  It took 2 afternoons because our nesting area for the chooks is the same area as our roosting area, but the entire roosting solution has been revisited.  One of our rescue ISA Brown hens has been causing issues.  She liked to roost really high up, which meant that others have joined her or gone even higher.  She also likes to roost by herself and I do mean totally by herself.  Roosting up in the hayloft wasn’t too much of an issue, getting up was no problem and all that went up usually found a way down eventually and didn’t go back up there if it was an issue and it wasn’t an issue until I checked the feet of some of the chooks in a random health check.  They all had something called Bumblefoot.  It is where they are landing too heavily on the pads of their feet and causing repeated damage.  It’s a staph infection.  It can cause lameness at its best, death at its worst.  It can also be caused by sharp objections damaging their feet, but as I checked more and more of the flock, too many of them had it and the heavier the bird the worse the problem.

So we fenced off the hayloft and havoc was created for many nights.  The squabbles and cries of those being picked on could be heard in the house.  It turned out that it was Ellie.  Our sweet little Ellie who was so timid and shy when she first arrived.  Well she was picking on the new comers something chronic.  She was also picking on the chicks who were now on their own in life.  She wanted an entire roost to herself.  And I don’t mean just one tier of one side.  I mean that entire side.  The problem was that there wasn’t enough room on the other side for the remaining chooks to roost.  It was a physical space issue and so the lowest in the pecking order had to face Ellie every night.  So after much discussion, we decided to rip everything out.  The uprights that appeared to be supporting the hayloft were not the same wood as the hayloft.  After discussions with our friendly builder, we established they were additions simply put there to put a partition in at a later date, a partition for guinea pigs and rabbits of all things!  So out it came. And a new solution was put in across the back.  We kept the deep mulch beds, just moved them, but the roosts had a major change and this was the end result!

Monday also seems to have vanished without trace, getting done those things that needed to be done, in the garden, in the house, the shopping, in the… you know the idea.

So when Tuesday came, it was with much relief that plans worked.  I can’t now remember where we went in the morning or if we actually went anywhere!  But I failed to take any photos in the morning and Stuart can’t remember either, so that really doesn’t help, but the afternoon was a return visit to the National Museum of Australia.  It is in the centre of Canberra but like much of Canberra is really easy to get to and this time we knew what we wanted to do!  We take museums in 90 minute intervals.  After that we need a drink in the café or something to eat, depending on the time.  And I need a break from the wheelchair to help my back out.  Luckily the café also has something I can eat in it, but only a dessert and only 1 option (apple strudel).

Also to the lower right (in the shadow) is an explanation of the origin of the name Etruria!  Apparently he named his estate after ancient Etruria which was a civilisation that flourished in central Italy from the 9th to the 1st centuries BC.  Apparently he also based many of his designs for his ceramics on excavated Etruscan porcelain.