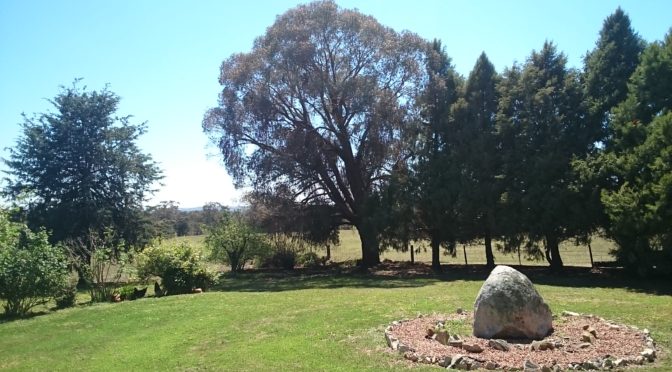 I’m finally home from hospital. 17 something weeks after going in for my op. OK the op ended up being more than expected, much more than expected, but even so. Anyhow having achieved my goals of getting back on my feet with the crutches and managing a single step with the crutches, I decided I had had enough and have them a date I was leaving by. And then I left. That was a week last Thursday. Since then I’ve seen my respiratory consultant, my pain consultant, my neurosurgeon and my doctor twice. Tomorrow I start outpatient rehab/physio based out of the same hospital but today I’m having a few minutes sitting in the garden, well on the veranda. Sadly not a wooden one, but concrete, however I’m sure the view makes up for it. I may try a little gardening once the shade reaches the area I’d like to plant a few herbs in. But until then I’m sitting on the veranda doing my knitting.

A few weekends ago, whilst I was still in hospital we had a day out and visited the National Arboretum. There we had a picnic overlooking Canberra. 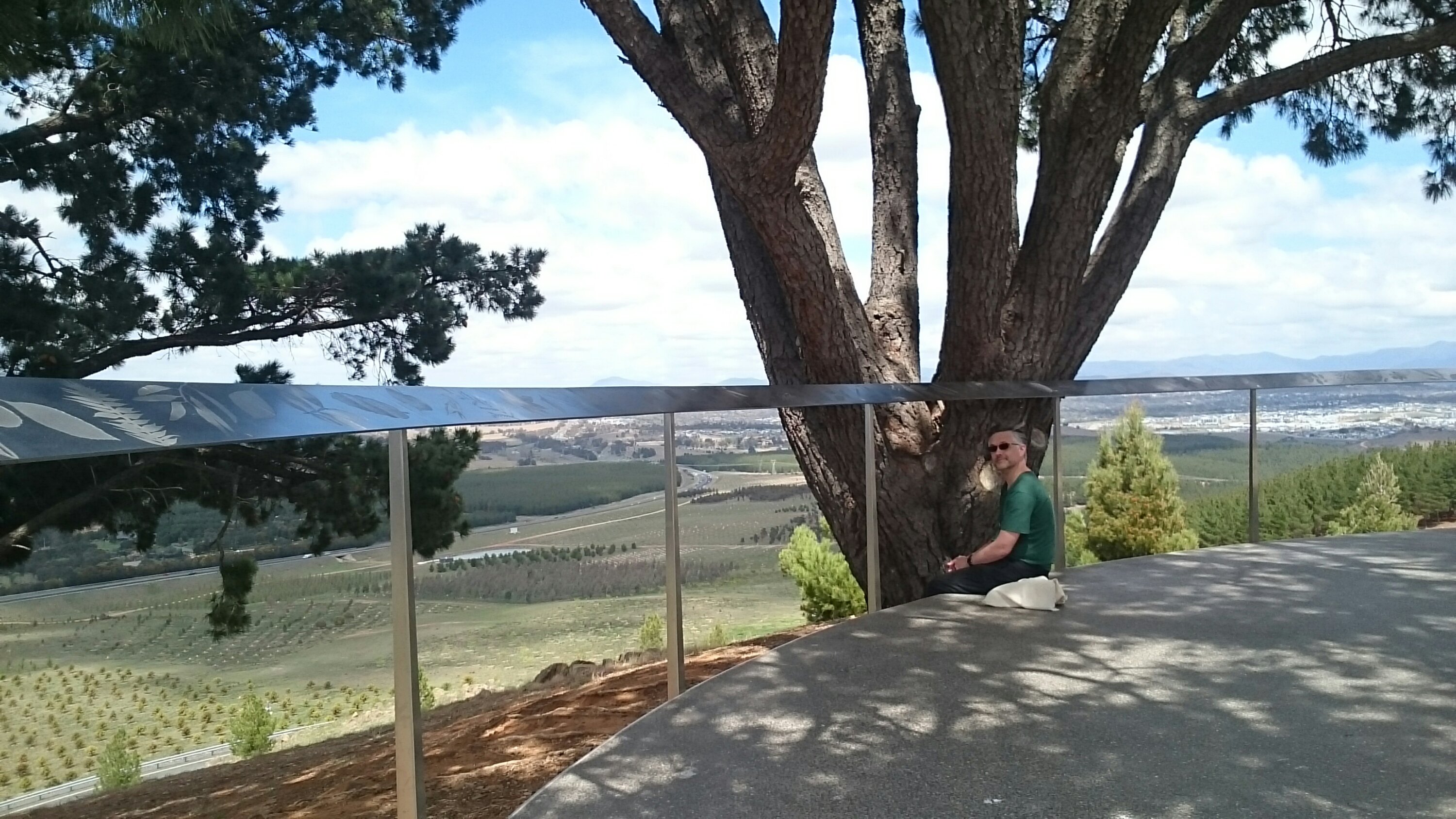 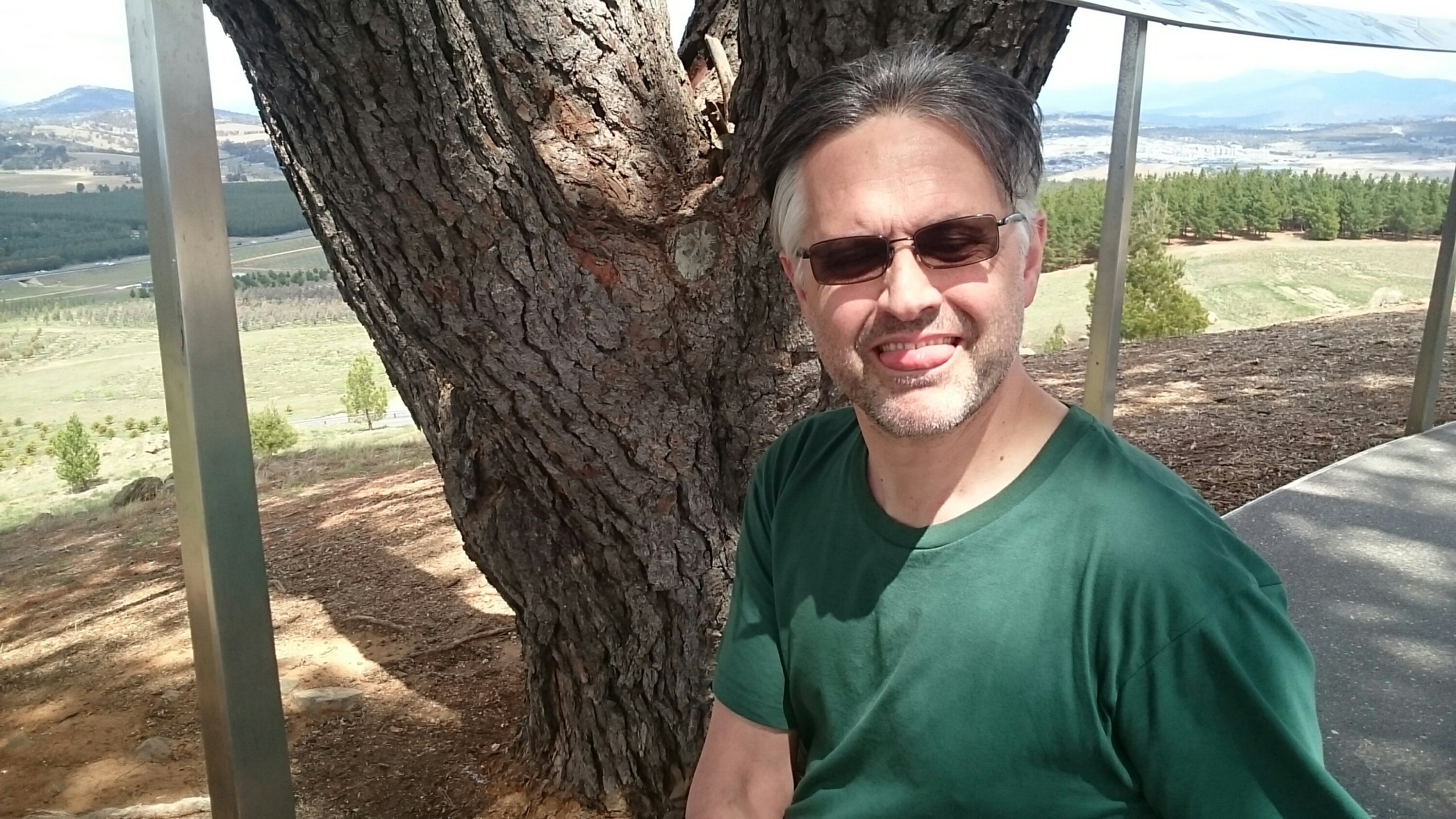 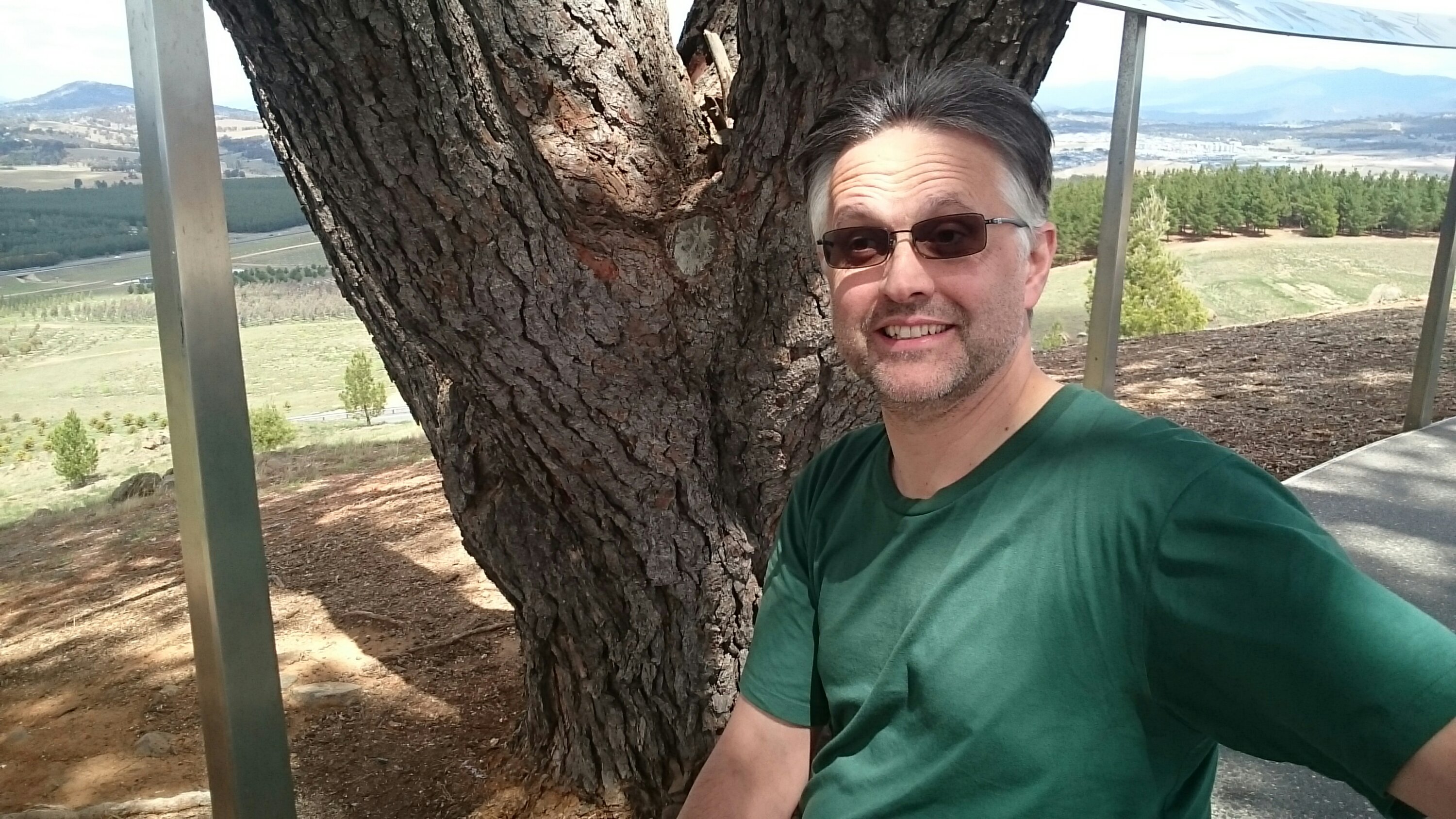 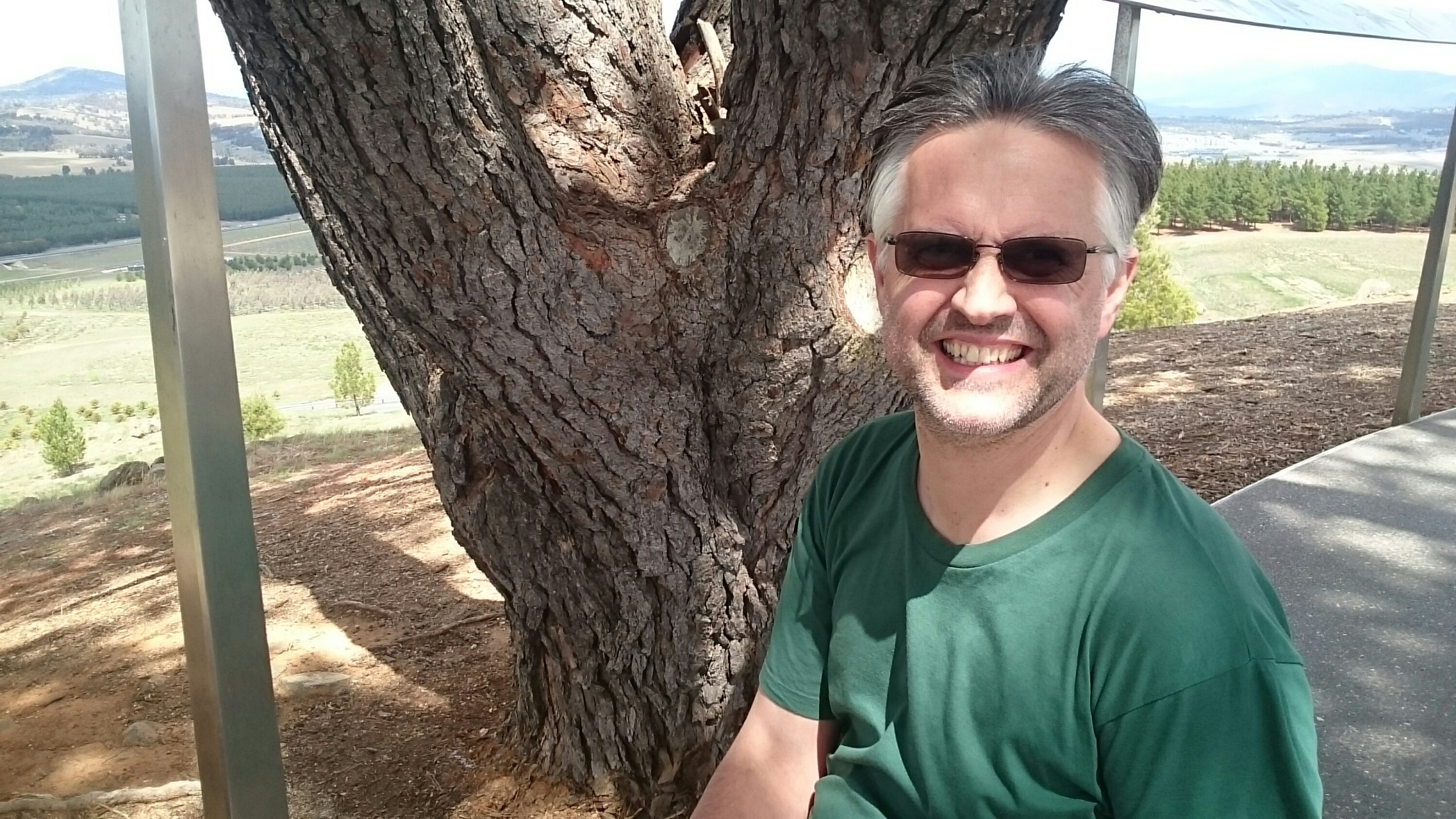 Stuart showing his usual approach to being on a photograph. 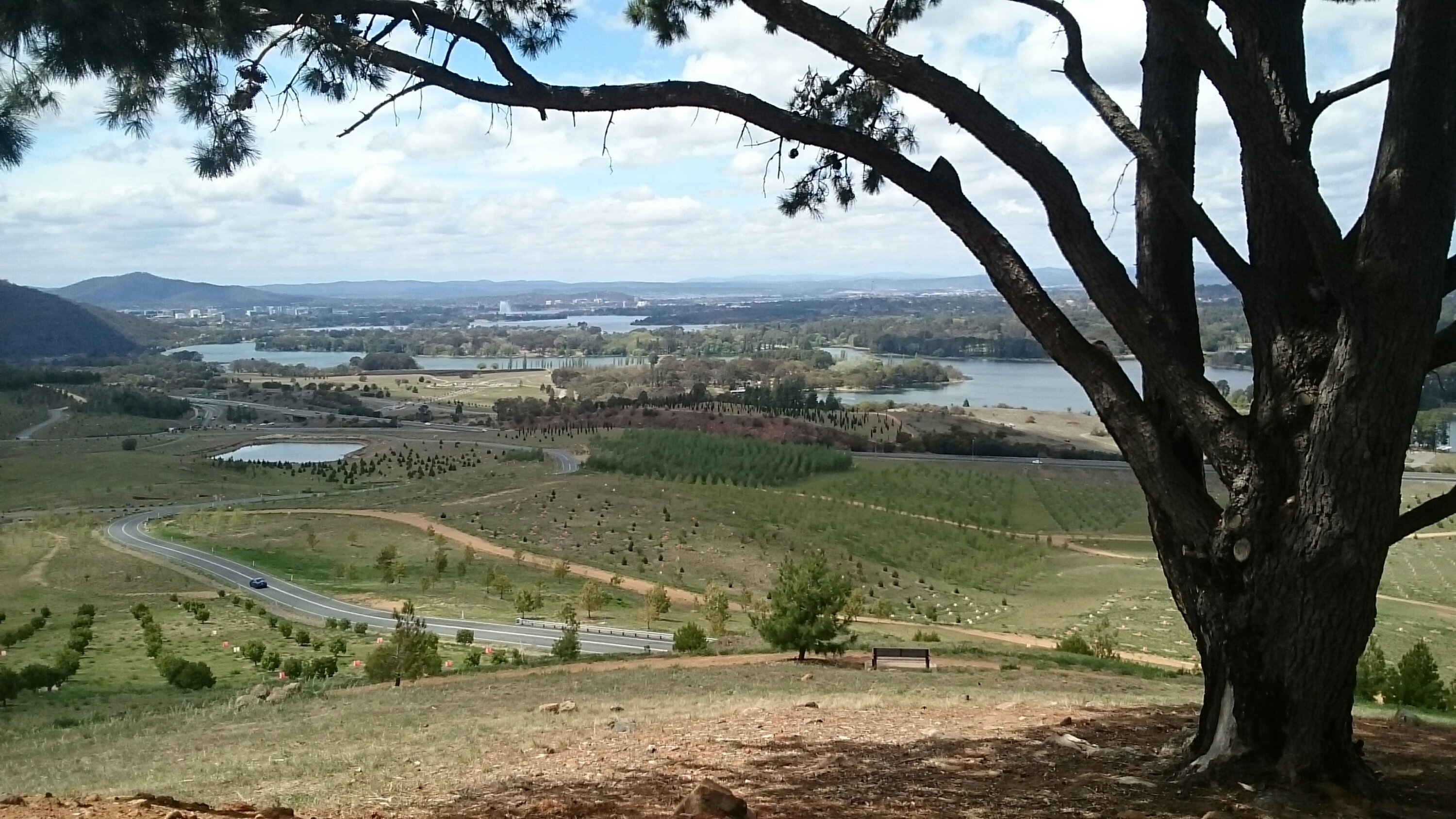 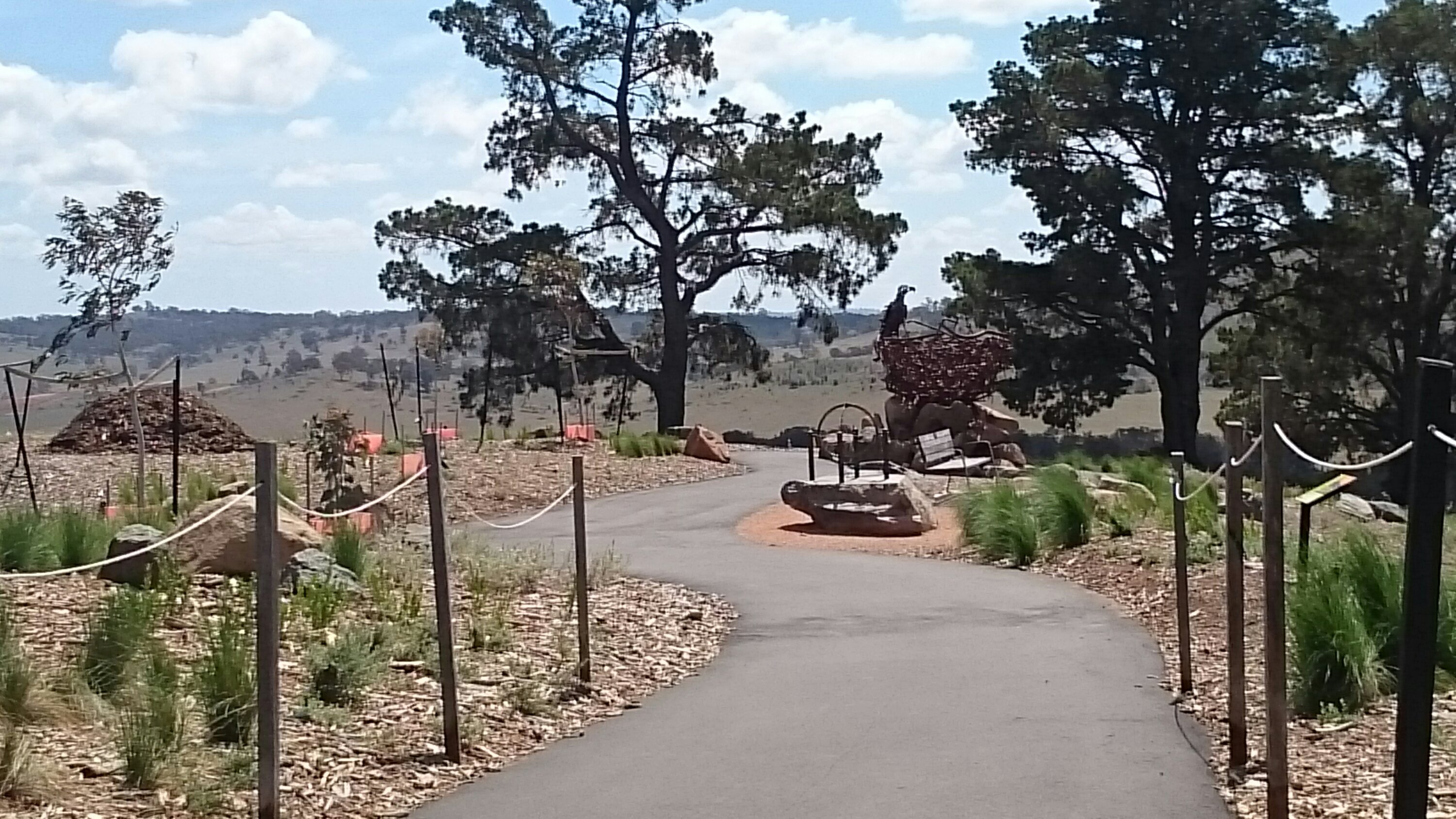 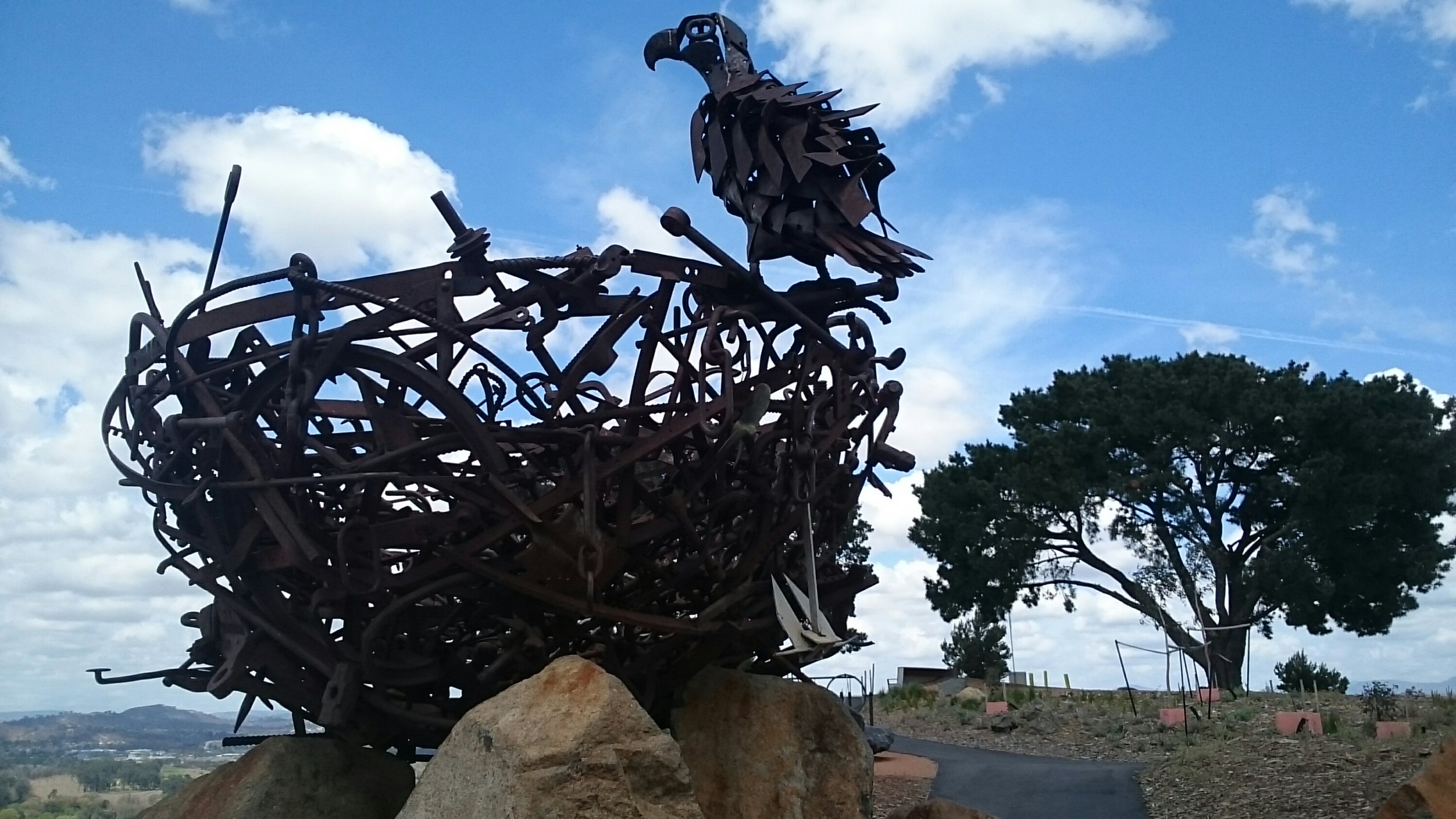 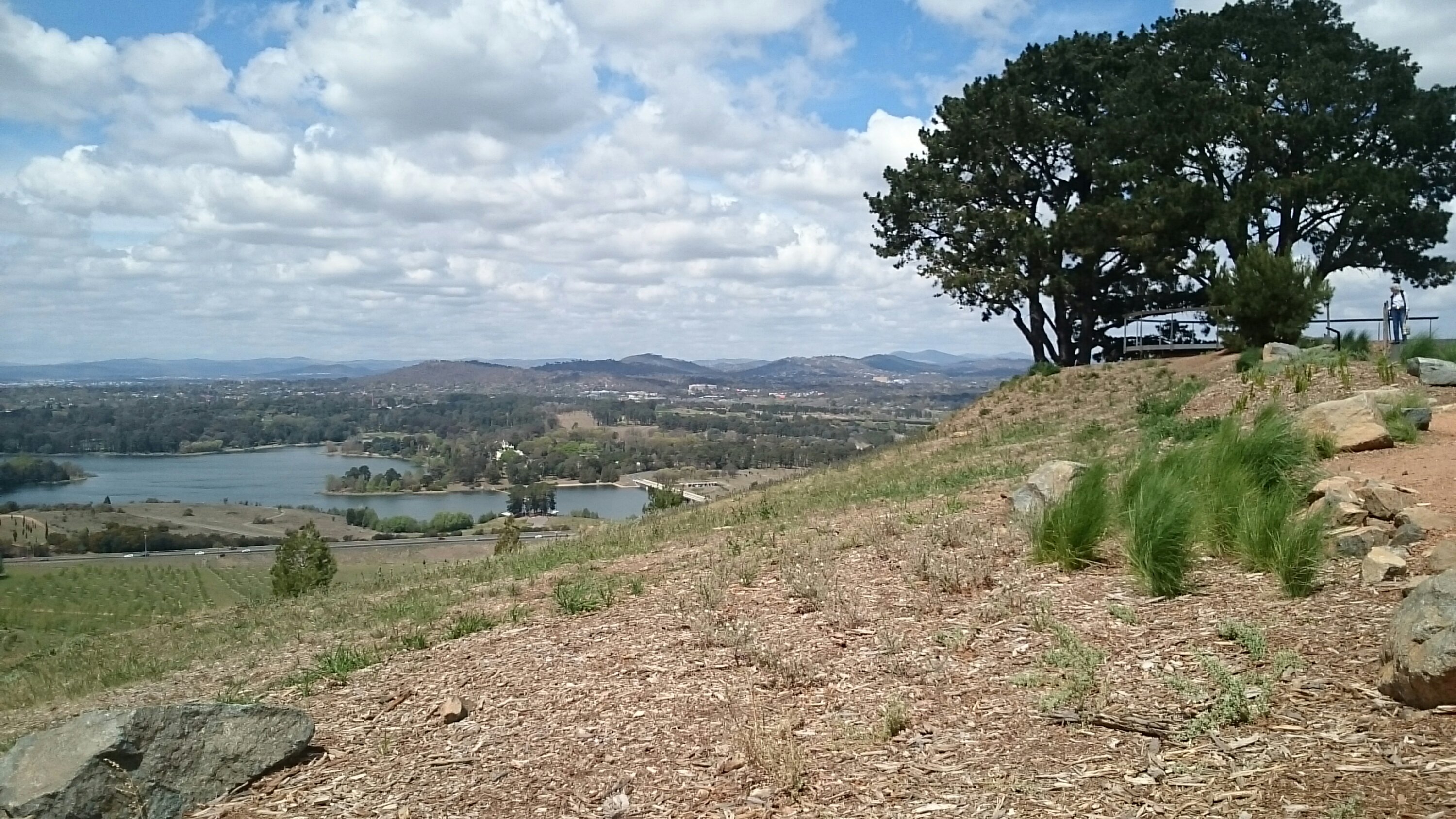 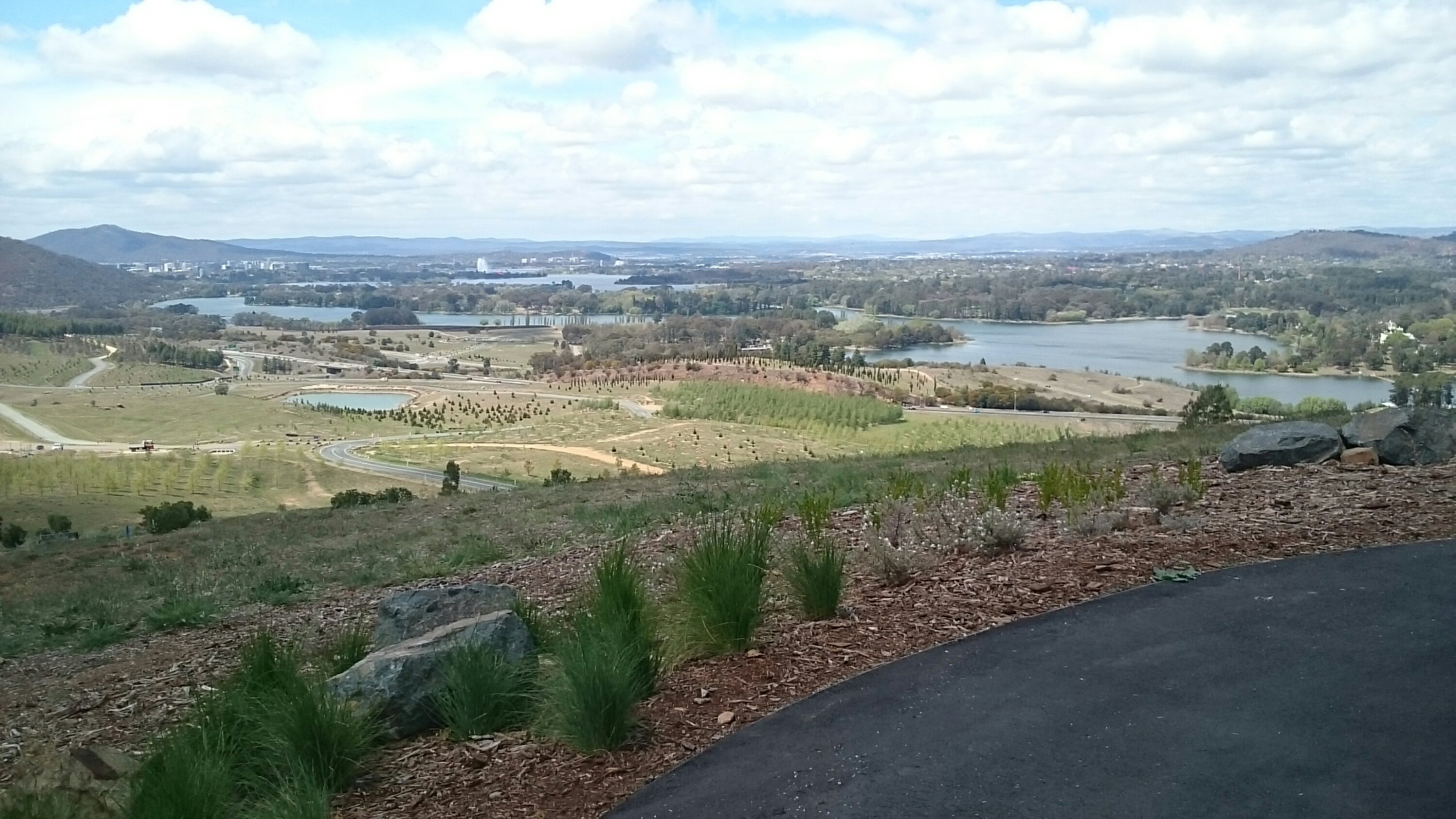 The views, as you can see, only show a sprinkling of trees in the arboretum itself, and many more hiding Canberra which is out there, I promise!