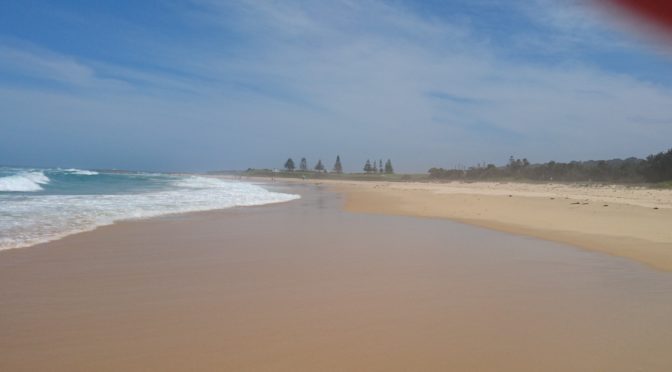 The 29th is a double birthday in this family with myself and my brother in law sharing the same birthday. At least Stuart can’t claim to forget it. And today was due to be a very hot day, so the beach and a picnic sounded like a great plan. It did mean we had to be put off the house early though and on the road by 8am. Breakfast was eaten outside and then it was hitting the road. We needed to go via Bungendore to collect a prescription and then we were off to Bateman’s Bay which was heaving with tourists. It’s the summer holidays here and people are making the most of it. Our plan had always been to ignore Bateman’s Bay and get through it as quickly as possible, so once we had filled up with fuel after a very long queue to get into BB (and I mean +10km) we headed south given everyone else was going north.

We’ve travelled the Prince’s Highway south before so other than admiring the lush green grass, something we are lacking, we had seen it before.

The aim was to have the picnic at Lion’s Park, Dalmany. We knew there were picnic tables with shade, we knew there were toilets, a couple of electric BBQs and more importantly a beach. We were able to grab a shared table because we arrived early. Shade is important, really important here and we wanted it. Stuart brought my birthday cake with us. It was one he had made the day before and was delicious. A vegan, chocolate torte served with raspberries. 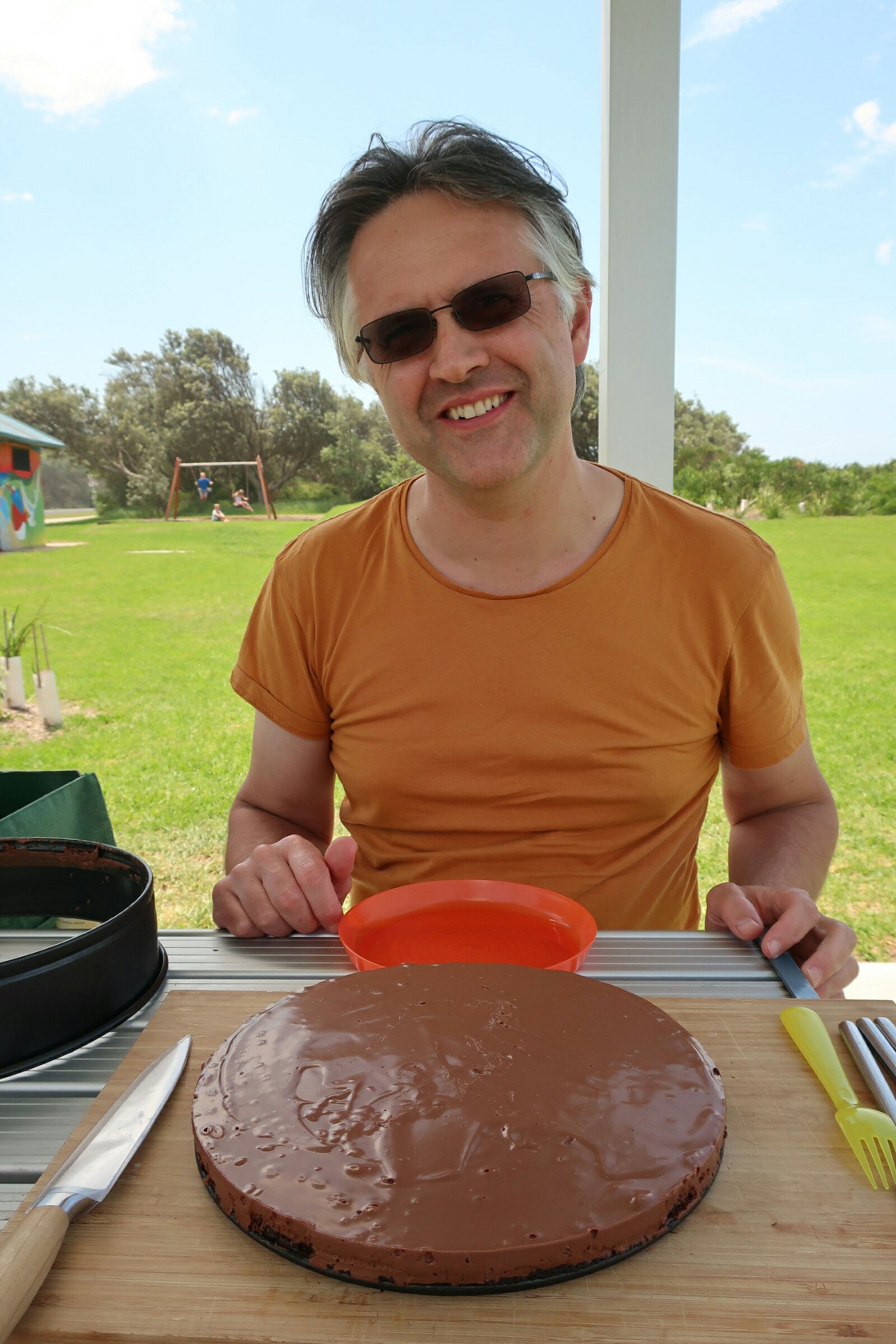 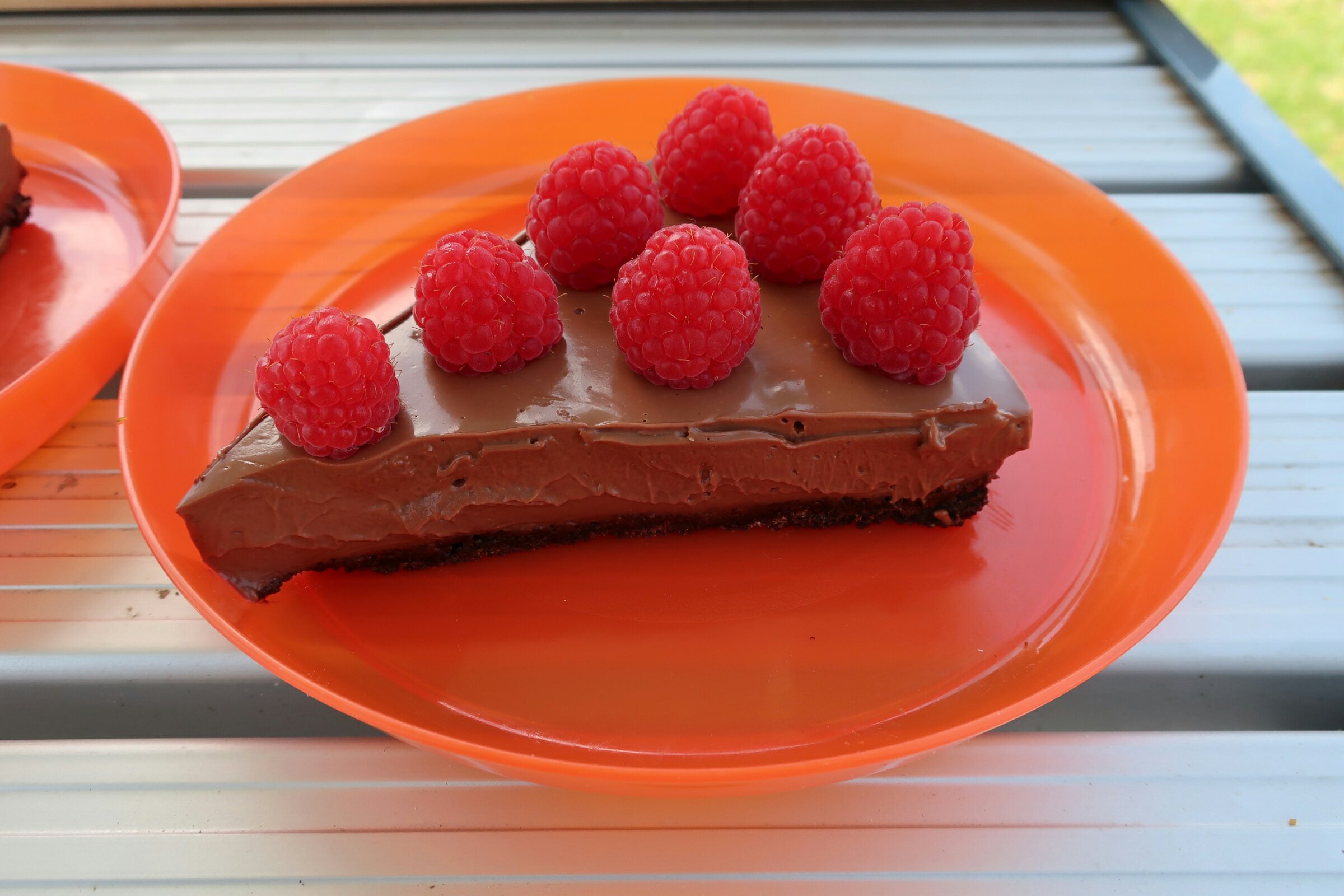 After the picnic at the ‘ beach’ was to come the next most important thing and that was a walk along the beach getting my feet wet. Something I’d been wanting to do for some time but walking isn’t that easy anymore and with crutches… In the end the crutches joined me in getting my feet wet. 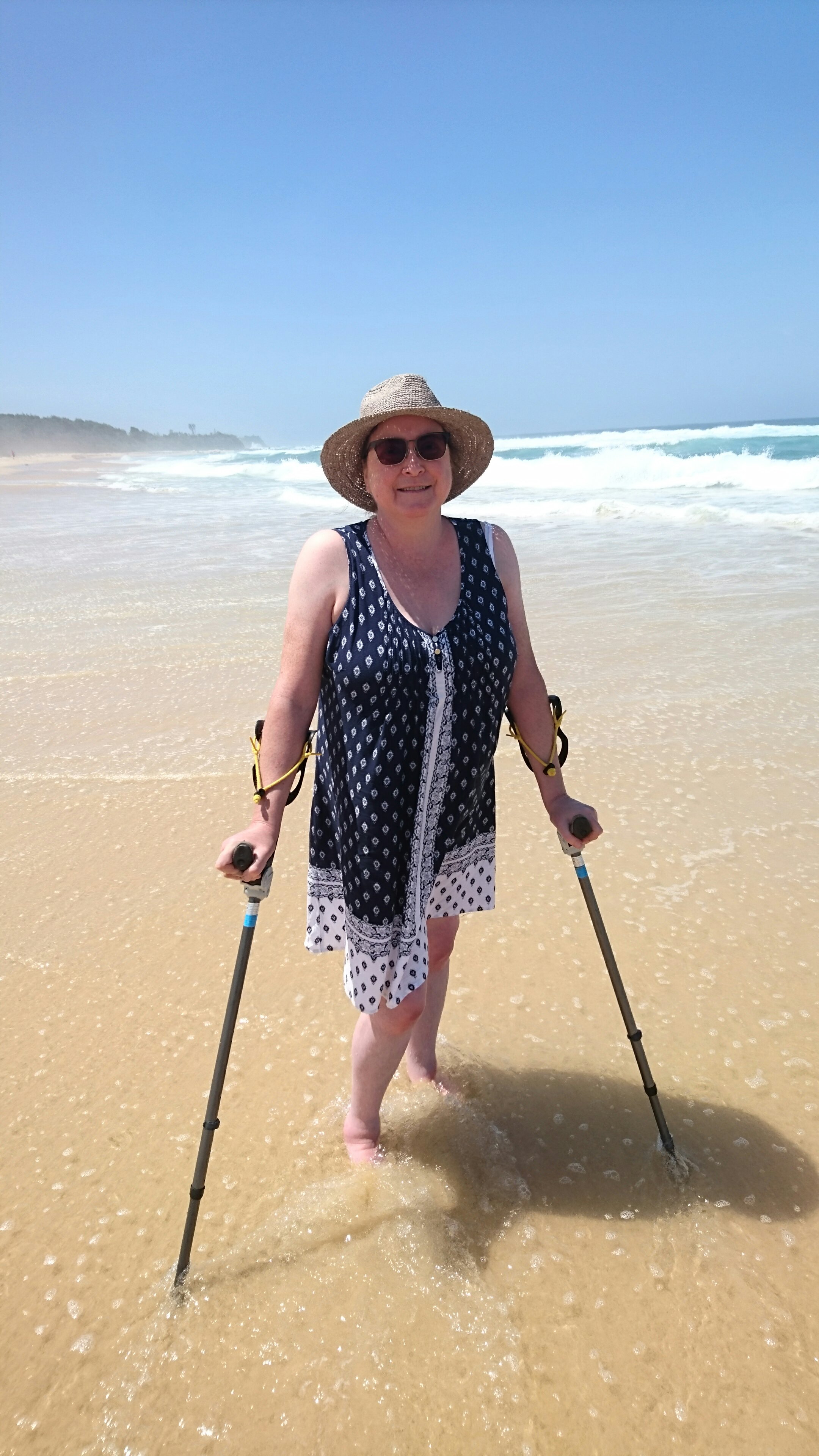 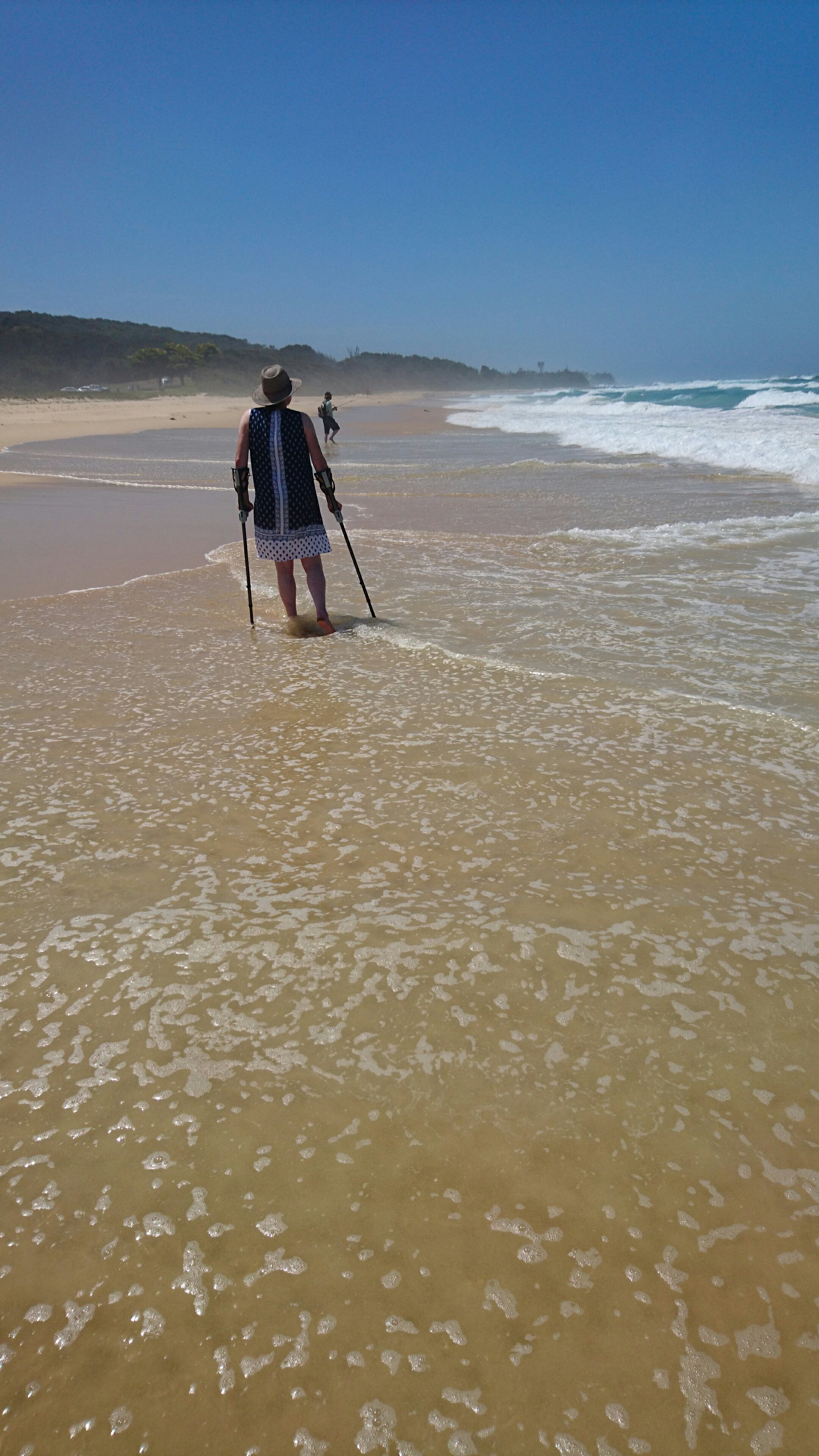 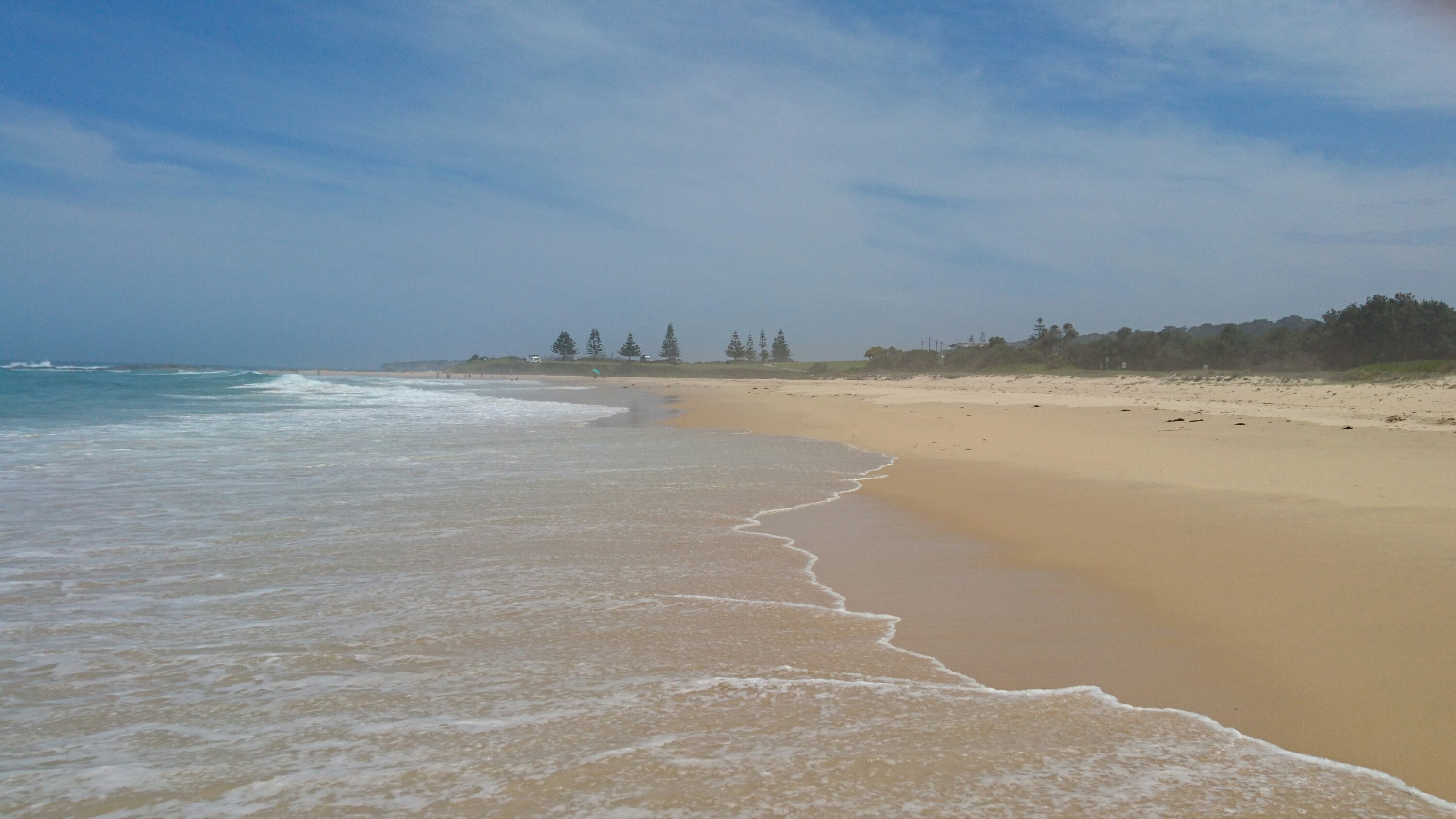 Well, it was a nice walk even if I did catch the sun more than I wished I had!