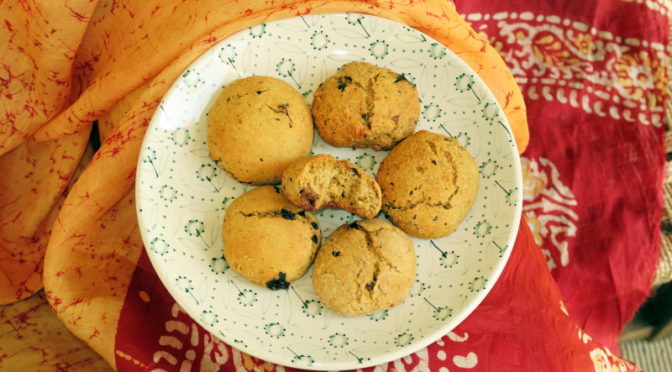 I was looking for something to do with a rather ripe avocado that Stuart had proudly presented me the day before. It was a ‘look what I have found you’ trophy that I had to accept, look pleased about and inwardly think about the 2 that had been sitting in the sun for the last 5 days ripening to the point of perfection…

And so began the thought process along the lines of I wanted a recipe for chocolate chip cookies today didn’t I? Yep. I wanted moist, chewie ones. I’m not overly happy with the current recipe. It has potential but I don’t like the expense of the ingredients, and well it is OK but I’ve made it twice now and not really been 100% about it. I have reached the conclusion that I don’t want double choc chip cookies. They just don’t work for me so it was a single choc chip cookie/biscuit that was needed.

And so I found a suitable recipe on the Australian Avocado (or was it the American Avocado) website strangely enough and went off to raid the pantry for the necessary supplies.

OK, lets ignore that and settle on what we have. It then went on to say you can leave out the white whole wheat flour if you use this amount of all-purpose white flour. OK. I know all-purpose flour is self-raising flour. Good I have that, bad its only in the wholemeal variety. No problem, fibre isn’t an issue and I prefer the healthier side of life.

Next came the butter substitution. Can do that with the cooking marg in the fridge that I used all of yesterday when I was making the yoghurt pastry for our evening meal. OK… err perhaps not. What about the light brown sugar and the white sugar. Err, I don’t think we have even bought any of either of those yet since arriving in Australia 6 months ago. This isn’t going well is it?

So what do I have? 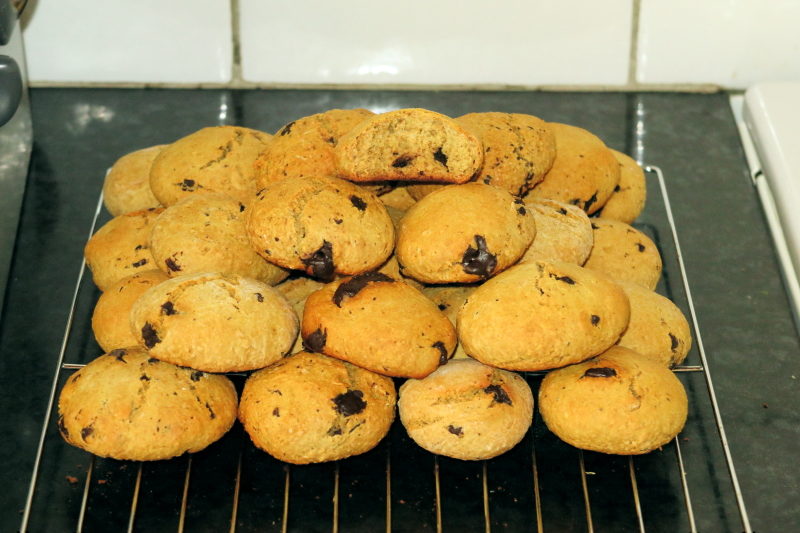 So I have failed on 3 fundamentals of cookies, flour (OK not quite a fail), marg/butter – total failure and sugar, another total failure unless you count the small quantity of jaggery or coconut sugar I have… but I do have maple syrup – no I don’t. My OH saw a similar shape bottle and purchased maple flavoured syrup. Yep that’s going to taste good!

Time for some experimentation and recording…

And so to the experiment…

And so to the results…

And how about the person that counts?

When Stuart got home, I had frozen all but 2 of them.  His 2 were on a plate waiting for him. We tried to have a conversation about them but it was to prove rather hard.  He had put one whole into his mouth and was enjoying munching his way through it, slowly.  Savouring the biscuit/scone and enjoying it.  It wasn’t too sweet, too sticky, he had no idea it had an avocado in it and he kept coming across large lumps of dark chocolate.  What more could he ask for – it certainly wasn’t a conversation about them!  That really was the last thing on his mind. 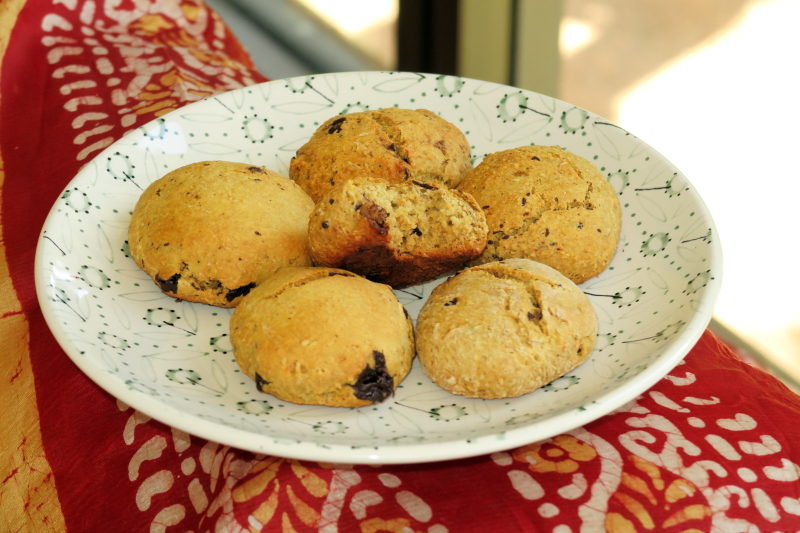 So we had a sign language come grunt and crossed with charades. 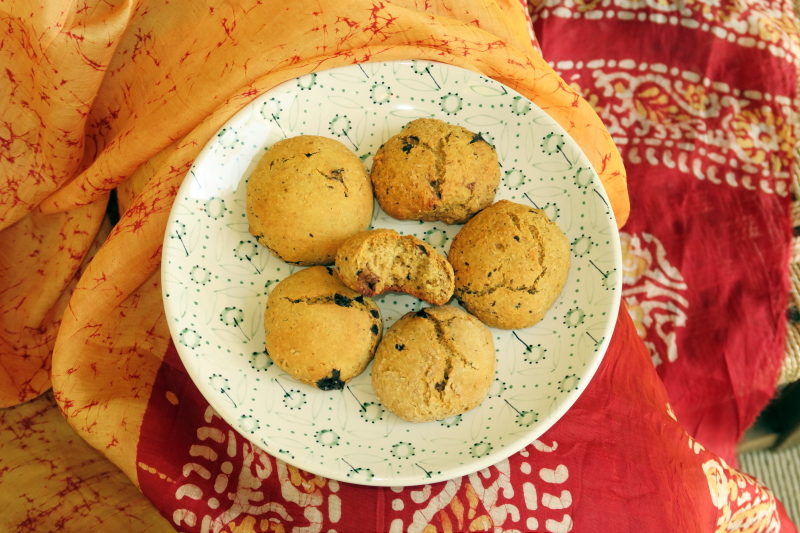 And so the green dough turned into a brown biscuit/scone that can be repeated and will most likely.  What happens to it next depends largely on whether we decide we want a scone or a moist biscuit/cookie recipe but it seems we are onto a winner! 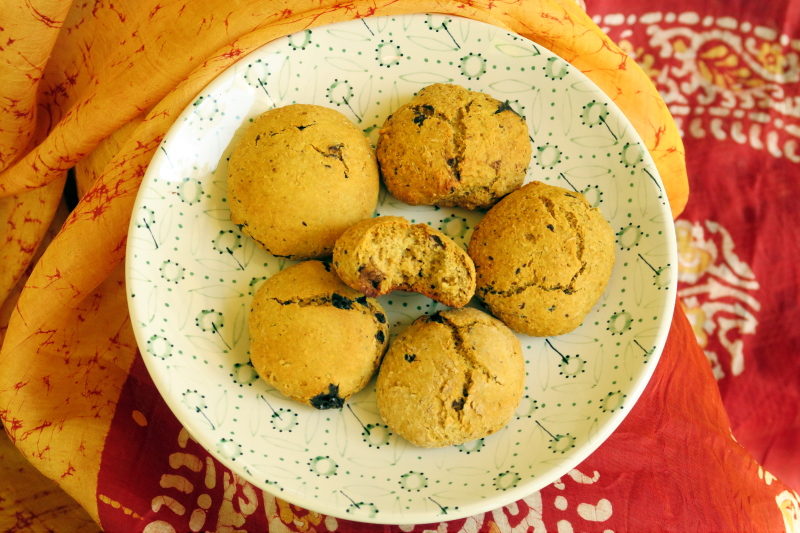