So what had been happening recently?

Well, nothing actually. Not much has been going on at all. We’ve not had much chance to get out much being tied to Saturday mornings at the doctor’s in Bungendore. But finally for a few weeks at least Stuart is free from that and we can get away again if we want to. We’ve been experimenting with trying to get the weekly shop away from the weekends. That hasn’t gone too well or to plan. Despite being less remote than previously (when we lived in Bungendore) we can’t get home delivery on shopping from Woolworth’s. They don’t deliver to our area. I haven’t yet tried Coles the other major supermarket, but I suspect it too well be the same sadly.

The idea had been to free up the weekends completely so that we could get away and do something. Currently Saturdays seems to be taken up with shopping and Stuart resting on the afternoons. If the weather is good we have been getting some gardening done as well. Sundays are taken up with swimming in the morning (back into Canberra for the nearest pool) and housework, gardening or resting depending on the weather in the afternoons.

But we made a promise back in March to get out one a month camping. We did try in April but failed due to a slight vehicle legality issue and it took us several weeks to get Serenity back on the road when the gas tank failed it’s safety check, which in hindsight was probably a good thing because it had apparently rusted through explaining why I could smell gas whenever I ran off LPG. We ended up missing May because neither of us felt well the weekend we had planned at the end of May. Earlier in May had been the school holidays which isn’t the best time to go and try to use any type of camping (legal or otherwise, free or paid). And so we find ourselves in June trying to free up weekends to make better use of them.

Since the wool expo, we’ve not been out to anymore similar events. The start of winter means there are fewer to go to and even fewer that actually interest us. So it’s back to museums.

The weather had been interesting recently. Right now we have yet another cold front coming in from across the country. Last weekend (? possibly the one before) it came from Tasmania and produced snow. It did snow here but didn’t stick. But it showed in Queensland close to the NSW border in places that haven’t previously had snow. Here it has just rained. Something that is badly needed by both the land and the dams. Lake George is still dry.

Garden wise it’s time for pruning. The apple trees, the quince trees, the single pear tree, the apricot and unidentified soft fruit trees all need lots of work. I’ve started on the apple, quince and pear. Last weekend we also attacked the pine tree to the side of the house. Serenity couldn’t get under it with the roof top tent on her so the lowest branches needed to be removed but it was a chainsaw job. We now have a battery operated chainsaw which is light enough for me to lift. It’s only up to small jobs due to its size but that is all I can really manage anyhow. Some of the wood is now at the bottom of the wood pile seasoning for burning on the slow combustion stove.

I guess the only thing happening is that it’s the season of sunrises or more accurately sunrises (and occasionally sunsets) that are worth photographing. And this week saw a beauty. 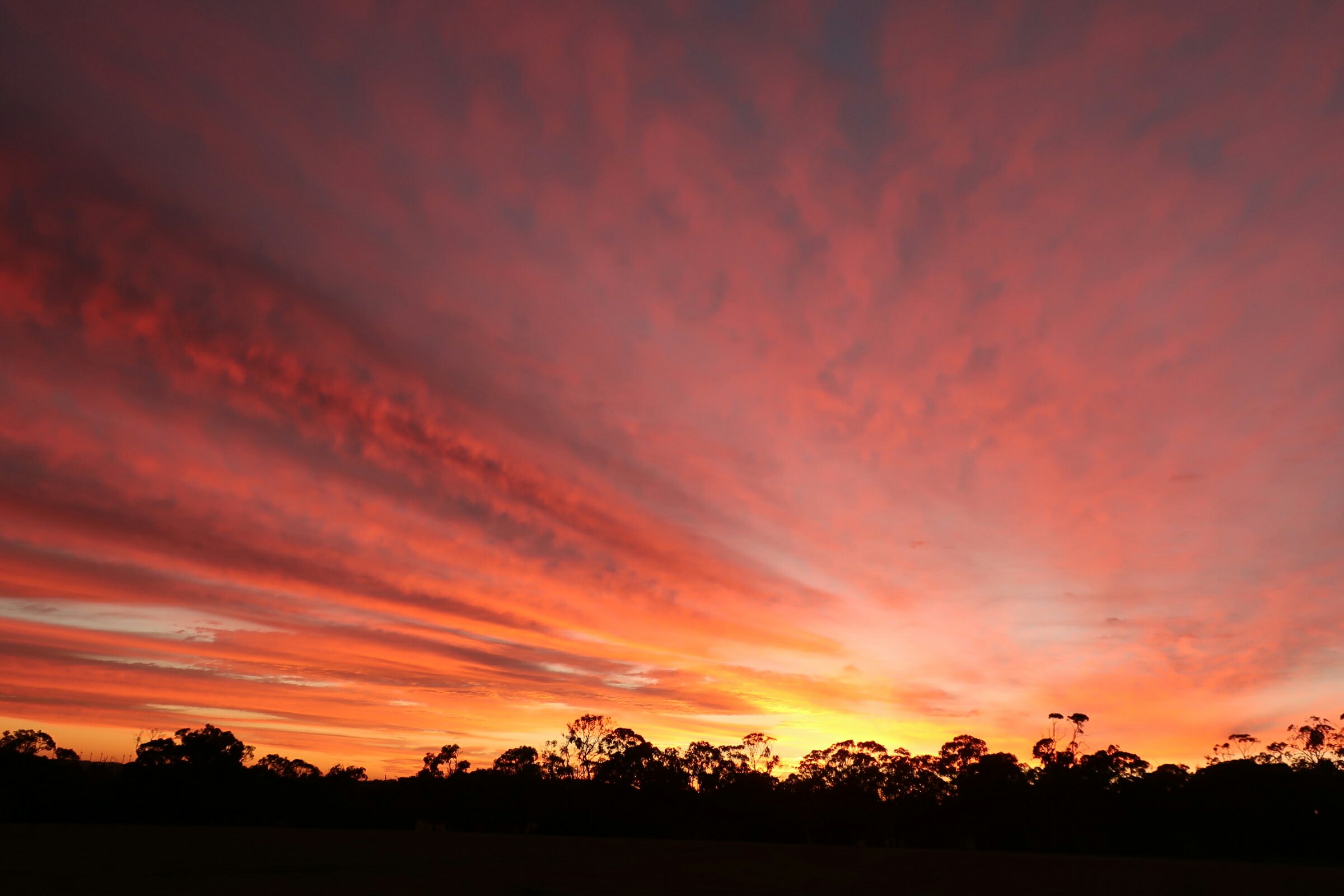 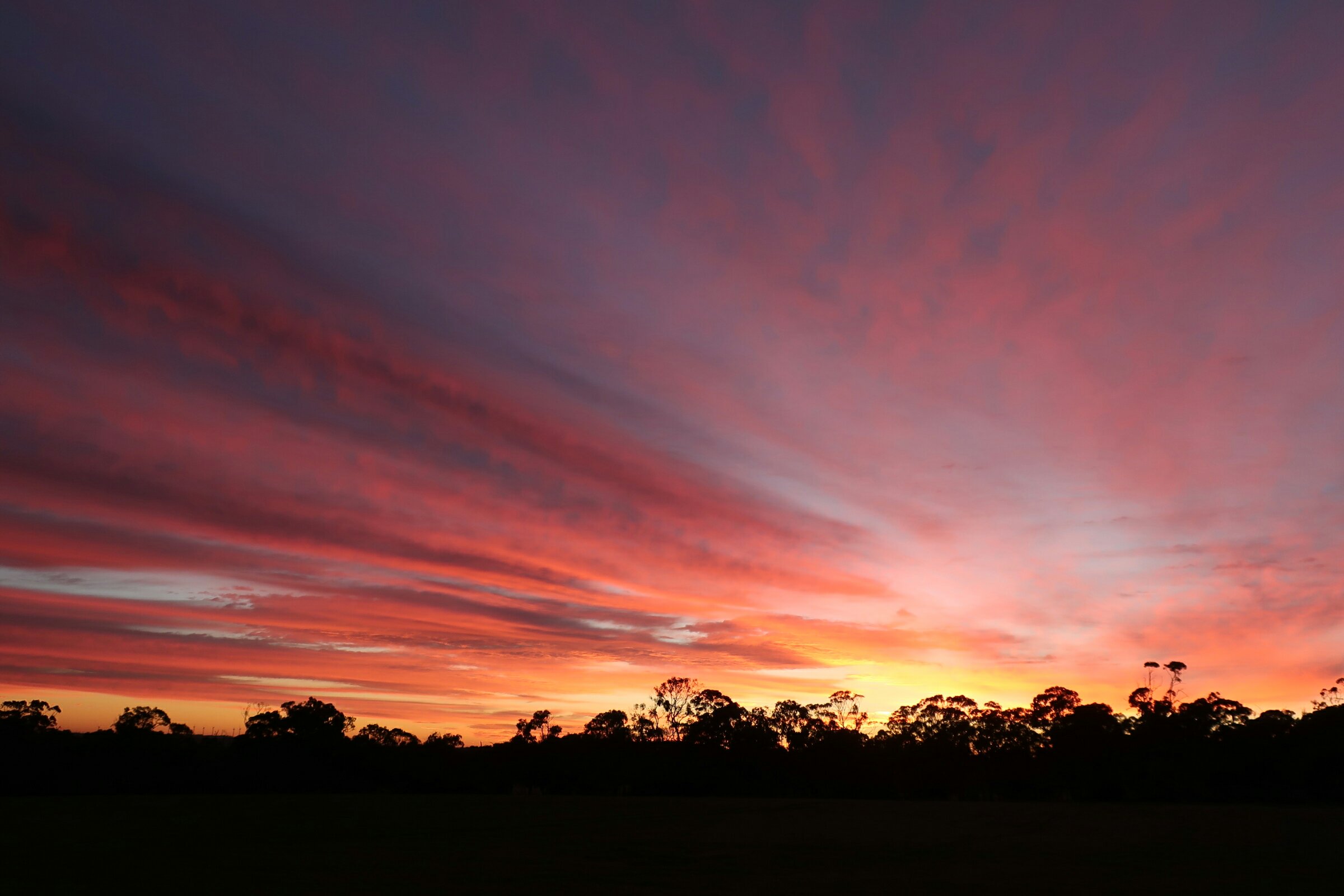 There have been a few more, but nothing like that one yesterday morning. 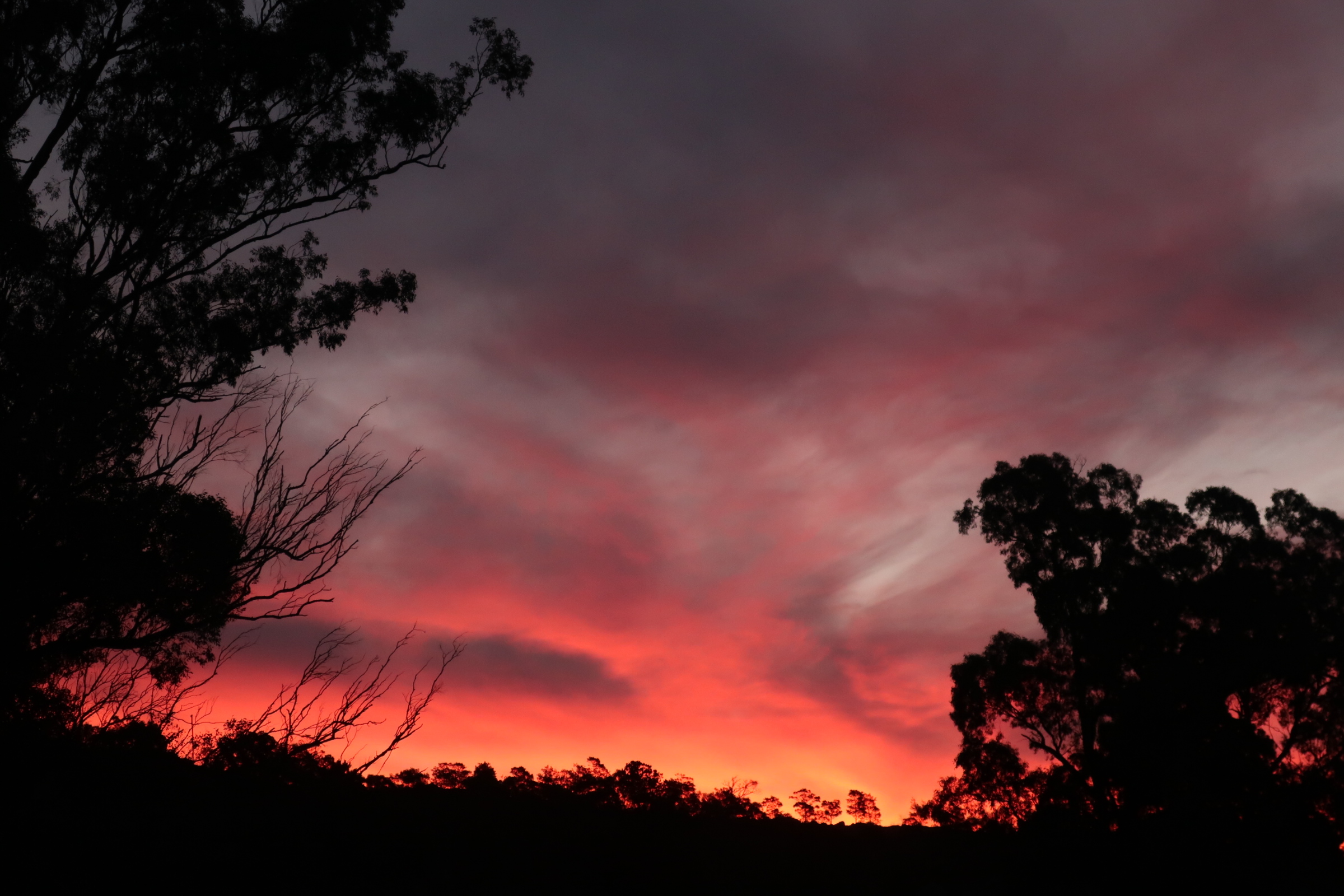 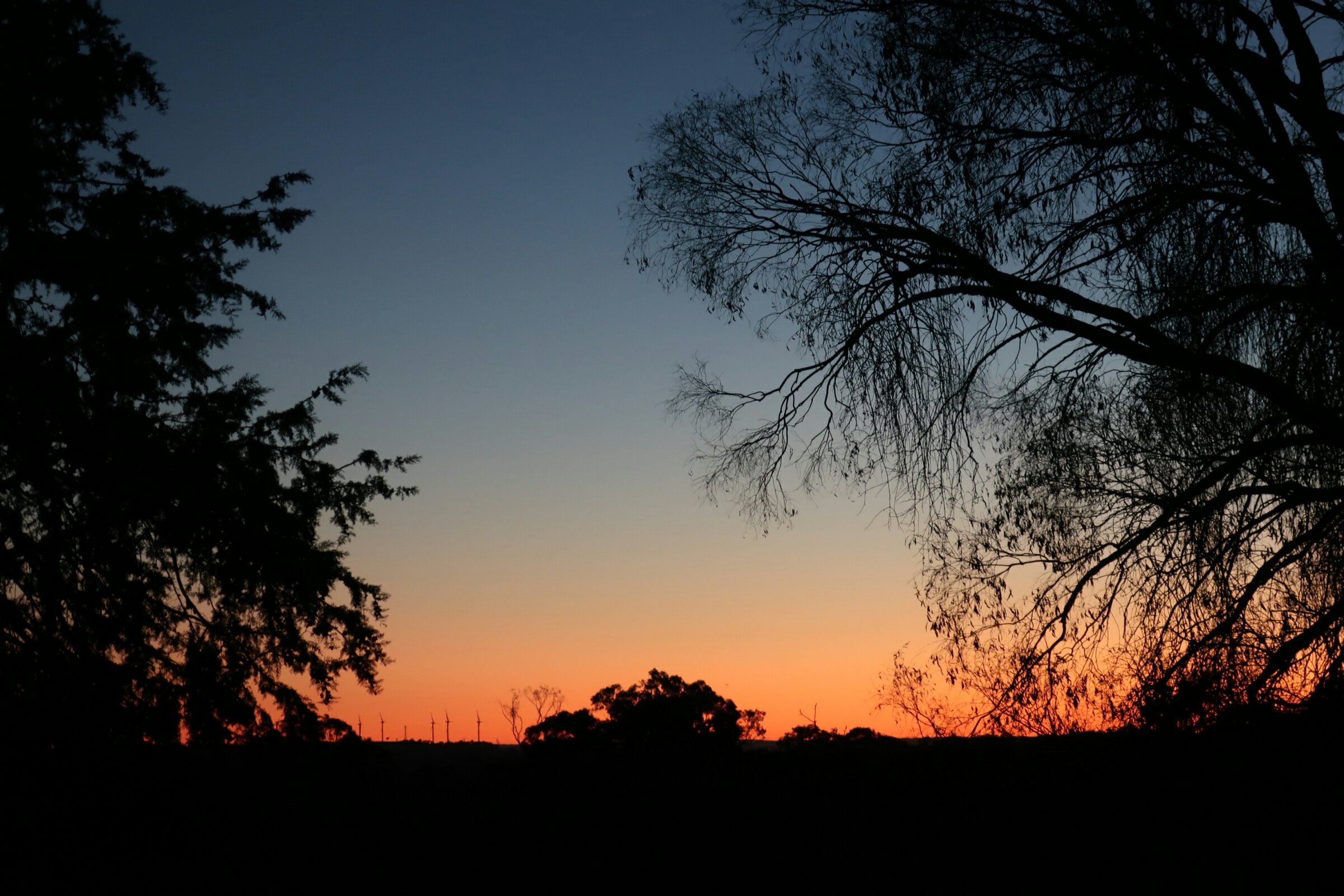 And so that’s it really. Some beautiful sunrises and nothing much else to report! Hopefully we’ll get away either this weekend or next.